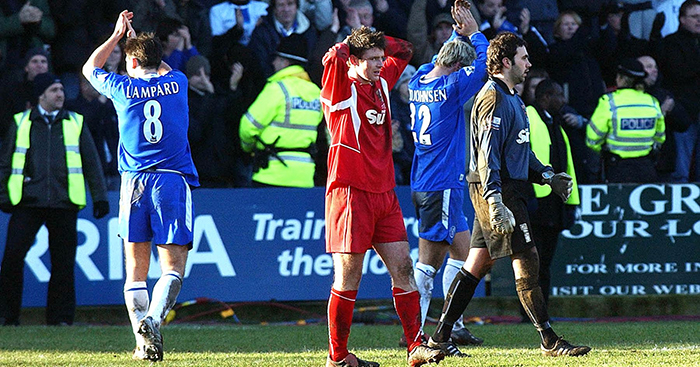 A John Terry header was all that separated Chelsea and Scarborough in 2004 – yet little more than three years later, the Yorkshire club was no more.

They pushed the Premier League giants all the way in a televised FA Cup match, settled by the future England captain’s 10th-minute header, and could have had a replay when William Gallas appeared to handle inside the box in the closing stages.

Sadly, the revenue generated from that FA Cup was only enough to keep the vultures away for three more years. In June 2007, Scarborough was wound up in the High Court with debts of £2.5million, bringing the curtain down on a 128-year-old history.

It had been less than a decade since the Seadogs had been relegated from the Football League, the unfortunate victims of the infamous late goal by Carlisle goalkeeper Jimmy Glass in 1999 that dramatically kept his side up. Scarborough fans had been on the pitch at the final whistle of their draw against Plymouth, thinking they had stayed up, only for the news to filter through that they were going down in the cruelest of manners.

Happy 'St.Jimmy's Day' to all @officialcufc supporters when we remember May 8th 1999 & that 4th minute injury time winner by our on-loan Goalkeeper Jimmy Glass that kept us in the #FootballLeague and consigned Scarborough to relegation and sadly dissolution in 2007 #JimmyGlass pic.twitter.com/bBv0EcBvEW

But the seeds for the club’s collapse had been sewn long before that blow, a failed tilt at promotion to what is now League One, leaving the club in a financial hole from which it would never recover.

“We never expected it to happen,” says Martin Dowey, who was Scarborough News reporter at the time. “The chairman was saying how bad it was day in, day out but was still finding money to put in.

“I remember getting the call at the time. The club was put in administration and taken to court and folded up.

“It had never really happened before. At other clubs, usually something had happened and they were saved.”

Part of the issue was the club wanted to sell its current home, the McCain Stadium or ‘Theatre of Chips’, where it had played since 1898 to move to a new ground. The sale of the ground would have covered all of the club’s debts and funded the new stadium. 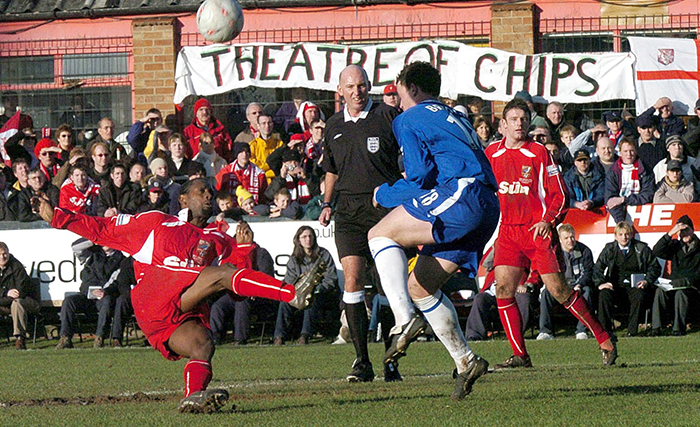 But a covenant existed on the McCain Stadium that restricted its use to sporting activities, and they failed to convince the local council that the sale would indeed pay off their debts.

“People at the club were trying to sell the ground to a company and move to a ground outside town, and that would have got them a few extra bob to keep the club going,” Dowey says.

“The covenant that wasn’t lifted which put paid to the whole deal, but it was more the long-term mismanagement at the club which had got it in so much debt.

“The final two chairmen – Malcolm Reynolds and Ian Scobie – were great blokes, they put their own money in, they got money in, they tried to keep the club going and playing a decent standard, but they were pouring money into a black hole.”

The stadium was eventually bulldozed in 2011, though not before two of the stands had been taken down and moved to Featherstone Rovers rugby league club.

Now, Scarborough Athletic – founded in 2007 as a so-called phoenix club – play virtually a stone’s throw away from the old ground at the Flamingo Land Stadium, which opened in 2017, while a Lidl supermarket sits on the site of the old ground.

They currently play in the Northern Premier League, two promotions away from the Football League. Under the management of Neil Warnock, Scarborough were the first team to win automatic promotion to the Football League when they won the Conference title in 1987 and in a quirk of fate, did actually beat Chelsea in the League Cup in 1989.

They are seen as the continuation or rebirth of the original Scarborough FC. As a stark reminder of the club’s darkest days, three fans drive to away games in a hearse, mourning the loss of the old club and making their thoughts known of the council’s contribution to its demise. 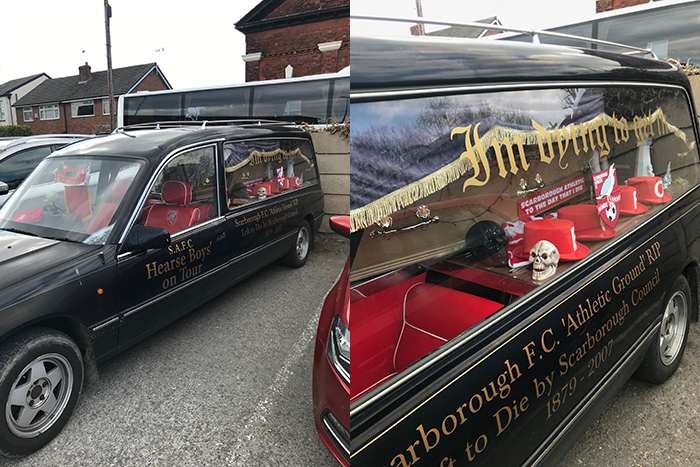 It took 10 years for the new club, founded by a Supporters Trust, to return to the town and for many in Scarborough, football was lost.

“It was just a farce really. They overstretched themselves. Scarborough is a smallish place compared to most clubs,” Dowey says.

“We were not set up to be a Football League team. We never had a wealthy backer, we just had good managers at the time who wheeled and dealed and brought in good players.

“It had a massive effect on the town. Although some fans followed the new club, a lot wouldn’t travel to Bridlington (where the new club played initially) and didn’t see it as a Scarborough club.

“It was a real eye-opener playing in the North East Counties League, going to places I’d never even thought of. We had gone from playing Southampton and Chelsea to playing at Maltby Moor.

“A lot of people linked to the old club have now come to the new club. It took a while to get there, so hopefully now the club can push on.”