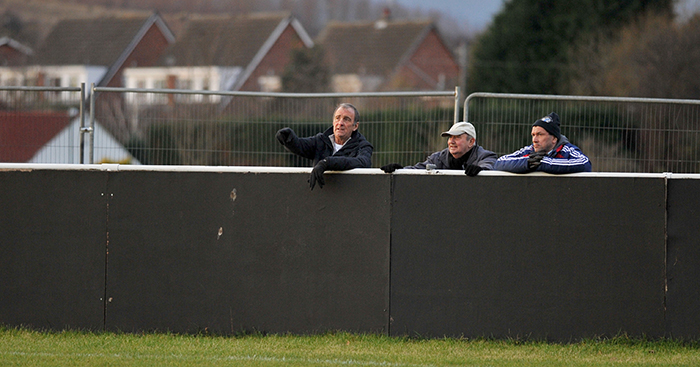 Non-league is an arena of ambition – a necessary quality of any club wanting to infiltrate the Football League. But, with often precarious financial situations, it truly is reliant on getting fans through the gate. And that is far from easy.

Back in August, Boreham Wood chairman Danny Hunter criticised fans for poor attendances, labelling the crowd of 407 who witnessed their defeat to Sutton United as ‘abysmal’ and ‘laughable’.

For some, including the Boreham Wood chairman, it was simplest to lay the blame at the door of the Meadow Park faithful, who are currently averaging far below the National League attendance average of 2,300 at 629.

However, with Boreham Wood charging adults £20 each on match days, the club have faced criticism themselves for only attracting 46 adults to pay for a ticket on the gate. With the average wage in the Borehamwood area of Hertfordshire around £26,000, plenty have questioned whether the club simply charges too much to watch a National League game of football.

Yet the same Meadow Park faithful who were criticised by Hunter don’t necessarily have negative opinions of how he is running the club.

Steve Pye, for example, pays £99 for an adult season ticket. He attends Boreham Wood matches with his mother and son, whose season ticket cost £50 and came with a free kit.

He says: “The Chairman is very open in everything he does in relation to Boreham Wood. He is very frank in his programme notes, runs Q&A evenings for fans to attend, and in the past has subsidised coach travel and paid for fans to get into away grounds.”

“On the face of it, perhaps £20 is a bit steep for a National League ticket. But without knowing the finances involved, it’s hard to be too judgemental. Maybe the club needs to charge that to pay for the costs associated with hosting a match at the ground and staff wages.

“Perhaps £20 does put off the casual supporter who occasionally wants to go to Meadow Park to watch some football. People have certainly turned up for the bigger matches – the 2015 play-off final, the Blackpool match in the 2017 FA Cup first round, the 2018 play-off game against Fylde – but the problem remains that the club is struggling to lift their average crowd figures.”

Getting children to follow their local non-league club early may prove to be a good route forward. Indeed, Steve’s son has attended Boreham Wood fixtures with him since the 2015 Conference South play-off final and has got into some grounds, such as Solihull Moors, free of charge which Steve says “might encourage more parents and children to attend matches together, which obviously gets more people into the ground.”

Boreham Wood have also offered tickets at discounted prices during international breaks, but other clubs have done even more.

Barnet FC, for example, who also reside in the National League but have had lengthy stints in the Football League, are charging £5 less for an adult ticket.

Barnet have also joined the several non-league clubs in offering discounts for group ticket bookings, an initiative that has so far not been introduced at Meadow Park.

Away from simply comparing the prices of tickets, there must be more said about the socio-economic situation that exists in a lot of non-league club towns across the country.

Meadow Park has a capacity of 4,500, but with a largely working-class contingent, it would take a worker on minimum wage two and a half hours to earn enough money to buy an adult ticket to watch ‘The Wood’ on match day.

“The £20 prices for casual supporters might be a bit restrictive if money is tight,” Steve says. “I think you have to have some kind of passion for the sport.

“A football fan earning £26,000 a year will be able to find £99 for a season ticket, whereas someone who doesn’t have that love for the sport or their local club will look to spend their money on other things.”

With finances so tight at non-league level, more and more clubs are starting to be taken over by support groups.

Darlington, for instance, is majority-owned by the Darlington FC Supporters Group, who have a 78.5% stake in the club.

Wayne Raper, from the Darlington FC Supporters Club, believes non-league ticket prices are too expensive but says there are mitigating circumstances complicating the issue.

“Gate receipts as a percentage of overall income at National League level and below make up a much larger percentage of the annual revenue of clubs than they do at league level because of the absence of TV and league money,” he says.

“Even League Two clubs are making over £1.5million per season from TV and league money which is three times the turnover of [Darlington FC] and many others at this level.”

Tomorrow is Non League Day 2019 so why not come along to Blackwell Meadows as we look to make it 4 wins in a row!

Darlington has been a fan-owned football club since 2012, which means they are unable to subsidise ticket prices like those with a wealthy benefactor bankrolling the club from the top.

Raper says that, without a wealthy owner, it can be a choice between higher attendances and financial instability: “A prime example in recent seasons would be Salford who could drop ticket prices to attract a new fanbase and still almost guarantee winning football due to the vast sums of investment by wealthy owners.

“Were a club like Darlington to drop ticket prices, any decrease in revenue would need to come straight from the playing budget and mean we were potentially less competitive serving up a poorer product which could in turn affect attendances – a vicious circle.”

Just 50% of the Darlington fans that pay on the gate pay the full adult price of £14, with the rest qualifying for cheaper tickets, such as children or concessions.

Wayne says the Darlington board know it’s the easiest option to increase attendances is to lower ticket prices but claims this would only lead to a short term boost.

“The issue is that once you’ve devalued your product and the crowds have dropped again, maybe due to a bad few months on the pitch, you can’t then hike the prices which usually means lost revenue,” he says.

Looking to the long term

Darlington also see their fan ownership status as an advantage to attract and keep the faithful but also increase the club’s wider finances: “The hardcore will pay whatever, within reason, especially when they also own the club and understand where the money is going.

“We’ve run a very successful ‘boost the budget’ scheme for the last four seasons where we invite fans to contribute as much or as little as they can as a one-off or monthly amount directly to the playing budget.”

Blackwell Meadows is currently shared between Darlington FC and a local rugby club, who take 90% of the profit from food and drink sales, meaning the Darlington board have to be more innovative in their approach to generating revenue in the National League North.

Wayne says consistency is key with the club introducing multi-match ticket purchases, complete with a discount, set on inciting the largely working-class population of Darlington.

“The floating fans are the challenge and we prefer to look at matchday experience, value for money and ticketing offers that either persuade multiple attendees or single attendees for multiple matches,” Wayne says.

“The key with the floating fan is to get them into a habit so we try and stay away from one-off price reductions and offer a reduction when a number of tickets are bought at once.”

Walton and Hersham, who play in Division One of the Combined Counties Football League, are another club to have recently made the venture into fan ownership. They too are doing what they can to attract more long-term supporters.

Walton and Hersham tackle increased prices of away fixtures by putting on buses for their fans, while to make up for lower attendances on weeknights the Surrey club have begun to put on separate fundraisers.

Club Secretary Calogero Scannella says: “What we aim to do is to find a healthy balance between attracting fans but also generating an income from the gate.

“To find this balance we lowered the entrance fee for adults last year to £7 and children are allowed in for free as youth is integral to the progression and growth of the club.”

After entering the promotion spots on the weekend, the Swans look to earn another 3 points tomorrow night!!#SwansNewEra

Although non-league clubs up and down the country are facing similar challenges in getting fans through the gate, there are examples of people turning their backs on the big club they support in favour of the more intimate experience down the football pyramid.

“While I’ve always had an interest in the non-league scene in the North East, primarily through the Northern League, this season I’ve been to more non-league games than Premier League,” he says.

“The listless, soulless and demotivational experience that is Mike Ashley’s Newcastle United has been better documented elsewhere, but non-league this season has exceeded expectations and sufficiently filled that void that rolls around at 3pm Saturday.”

For football purists like Jonny, it’s more than just watching a way to kill 90 minutes on a Saturday afternoon.

“The Northern League has always stood out due to the heritage and unique identity of each club,” he says, “with many formed in the late 19th century at a time when the coal industry powered the region.”

Living in Leeds but originally from Durham, Jonny has been able to catch a host of teams plying their trade across the North of England. Among these are teams from his hometown – Esh Winning, Tow Law Town, Crook Town and Spennymoor Town – but moving to Yorkshire has allowed him to explore a new county and countless opportunities for more football.

Jonny explained his and many others’ rationale behind this new passion for non-league: “It’s a level which makes up for the lack of quality through cheaper tickets, unique fanbases, drinks in view of the pitch and remaining untainted by the Sky Sports monolith.”

Bringing people together to create a culture is the goal of every football club who wants to succeed, both on and off the pitch. But, at non-league level, it’s worth so much more. The communities are smaller, but the fanbases are just as loud.

It’s how clubs work with and react to these loyalists that could be the difference between moving towards the promised land of the Football League and simply dwindling away as a name only to appear the FA Cup qualifying rounds.