Aaron Ramsey at Juve: Where did it all go wrong for the Arsenal hero? 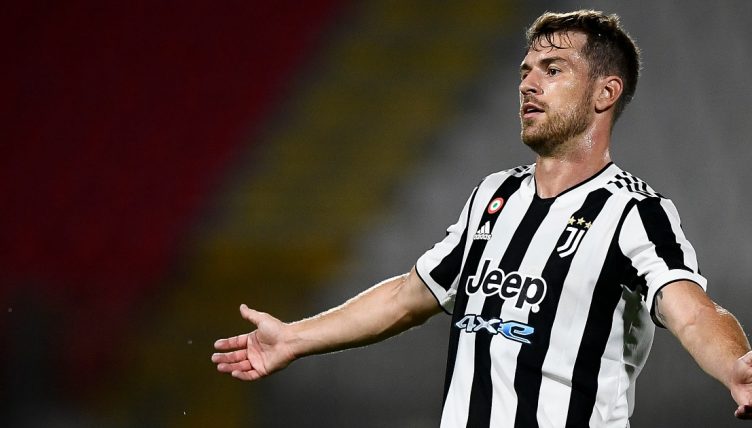 When Aaron Ramsey traded North London for Turin in the summer of 2019, he left expecting a fresh start and a regular role at one of the world’s biggest clubs.

Juventus continued their trend of high-profile free transfers, as the Welshman followed the likes of Emre Can, Andrea Pirlo and Paul Pogba in joining the Old Lady after his Arsenal contract expired.

In doing so, they made Ramsey one of the highest earners at the club, offering him around £400k per week, then second only to Cristiano Ronaldo. This indicated that Ramsey was not there to make up the numbers, but he was arriving as a star.

However, shortly after his arrival, manager Max Allegri left the club, and was replaced by sacked Chelsea manager Maurizio Sarri.

Ramsey still played an important role under Sarri, with 35 appearances in all competitions in his first season as Juventus won Serie A for the 8th season in a row, including a goal and an assist in a top of the table clash against Inter Milan. Despite this, Ramsey had his fair share of injury issues and often could not stay fit for a run of games.

After the win against Inter, Sarri stated that “he is doing well in this role, although in fairness he’s also in much better physical condition now than he was when playing as a trequartista.” Ramsey had played as a forward and struggled at times, but as a deeper ‘No.8’, he is at his best, where he could make his trademark late runs into the box to score.

Sarri was replaced by rookie ex-player Andrea Pirlo after the 19-20 season, and had a tough season, watching Juventus end their domestic dominance and only just sneaking back into the Champions League with a fourth-place finish.

Ramsey had a more productive season, ending with two goals and five assists in 30 appearances, but despite claiming that Juventus were “having more fun than last year,” still only made 13 league starts, and often found himself on the bench even when fit.

Pirlo was then sacked and replaced by old boss Allegri, who was manager when Juventus originally agreed a deal to bring Ramsey to the club, but this has not seen a change in his fortunes. With just one start in all competitions, on the opening day of the season, it seems his time at Juventus may be coming to an end.

Juventus are still planning to find a solution to sell Aaron Ramsey in January. He’s out of the plans and looking for a potential new challenge. ⚪️🏴󠁧󠁢󠁷󠁬󠁳󠁿 #Juventus

…while Juan Cuadrado will soon extend his contract with Juventus – and Paulo Dybala too. 🤝

Life in Italy has not panned out the way Ramsey would have imagined it when he chose to leave Arsenal, and there may be regrets on both sides that he departed in the first place. Often played in a variety of positions in different systems, he hasn’t performed badly when given a chance, but has not found his best role or form for most of his Juventus tenure.

What started out as an Arsenal icon following in the footsteps of Gunners legend Liam Brady by moving from Arsenal to Juventus in search of glory, has ended up as a nightmare. Arsenal, meanwhile, have lacked goals from midfield, which used to be provided by Ramsey, and one would imagine if they could go back in time, both parties would have wanted him to stay in North London.

Could Arsenal take Ramsey back?

As rumours circulate that Ramsey is set to depart Italy in the January transfer window, speculation naturally arises that the midfielder could be set to make a heroic return to North London. Between the injury to Granit Xhaka and the upcoming Africa Cup Of Nations tournament ruling Thomas Partey out for an extended period, Arsenal could benefit from an extra body in midfield.

If Ramsey is available on loan, or terminates his contract, a short-term deal with lowered wages could see him return home in a bid to reset his career, whilst providing experienced cover and quality to a light Arsenal midfield.

However, some may consider this a bad move for the club and feel both sides should move on from their previous relationship. Arsenal under Mikel Arteta are now undergoing a youthful transformation: every signing this summer was aged 23 or under, and they now boast the youngest squad in the league.

Taking emotion out of the equation, a 32-year-old injury-prone player does not fit into this strategy which has so far yielded good results.

Furthermore, any deal would have to see Ramsey cut his wages by a significant amount, and the last thing Arsenal want is to be stuck with another ageing player on a high salary, as has been the case in the past.

Where could Ramsey go?

Another option that has been mentioned in whispers is a move to newly rich Newcastle. With their new financial backing and desire to stave off relegation, Eddie Howe could look to Ramsey as a big-name signing for the project, a Premier League experienced midfielder and an additional goalscorer in his side.

Newcastle’s new project is about bringing success to Tyneside, and Ramsey has the ability and the CV to help them achieve this in the short term, should he be keen for a fresh start in England.

If he is willing to lower his wages, then there will be no shortage of clubs eager to sign him, but this remains a crucial factor.

No club in Europe would offer him what he is currently earning at Juventus, and similarly to his fellow countryman Gareth Bale, faces the prospect of limited gametime or a loan move where most of his salary is covered. It now remains to be seen whether he will follow what Bale did, and return to the North London side where he became a superstar in the first place.

The Welshman scored the winning goal in two FA Cup Finals, and one of the greatest half-volleys of all time against Galatasaray. pic.twitter.com/k2yPjDqc8d

The Wales international will depart Italy in an entirely different manner to the way in which he departed England. His 11 years at Arsenal were cut short by injury towards the end and was badly missed in the Europa League final as Arsenal were humiliated by Sarri’s Chelsea, but was given an emotional send-off at the Emirates.

Ramsey is remembered fondly at Arsenal, and it is the place where he “arrived a boy, and left a man.” Two cup final winners and over 50 goals in red and white gives him a strong legacy as one of the finest players of the ‘Emirates era’, whilst his time at Juventus will be forgotten by most almost instantly.

Sancho next? Nine Bundesliga stars who struggled in the Premier League