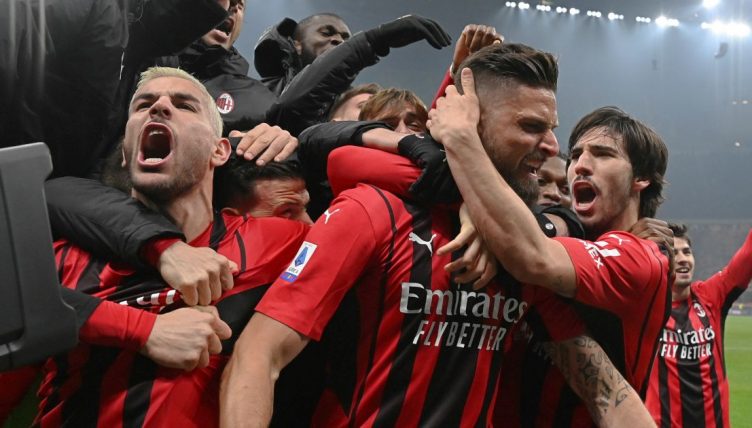 “Having fun is fundamental. That’s a thing that we look for. We try to be as serious as possible, committed and professional. But football is passion, enjoyment. When you train lads who are very young, you need them to put their enthusiasm on the pitch.”

More than anything else, this mantra underpins the philosophy of Stefano Pioli – the man who is behind AC Milan’s current resurgence.

When Nicky Bandini, during an interview for The Guardian last month, asked about the smile on the face of Milan’s 22-year-old Portugal forward Rafael Leao as he runs at defenders, Pioli’s answer was instructive.

“At the beginning, it worried me a little. Later I realised that this really was something that just comes out while he is playing, simply what his face does. Then it was beautiful. It’s beautiful to be yourself.”

All of this came together in the most glorious fashion for Milan supporters on Saturday, with the Rossoneri coming from behind to beat Internazionale and reignite their title challenge.

Milan rarely threatened in the first half, only taking one shot on goal in the entire first 45 minutes. At the start of the second half, they tried to be more aggressive on the ball – and sensed their opportunity when Inter sat back on their one-goal advantage.

Once Olivier Giroud had equalised with 20 minutes remaining, the die had been cast. Three minutes later, Giroud put them in front. Outplayed for so long, Milan had little trouble defending the advantage once they were ahead.

🇮🇹 In the Milan derby on Saturday, Olivier Giroud scored this wonderful goal for AC Milan.

This is the Milan that Pioli wants: a group who cannot yet match Inter for squad depth and experience but who can bridge that gap with furious commitment. A young team – the average age of their starting XIs this season is 25.6 years old – learning what it takes to win a big game.

“Seeing that the team, even in difficulty, maintain this spirit is an important satisfaction,” Pioli told DAZN afterwards. “Going down in such an important match, reacting like this and winning against such a strong opponent makes me very proud.”

As the sun rose over Lombardy on Monday morning, the Rossoneri sat just one point behind their city rivals with their first league title since 2011 becoming a distinct possibility.

Milan have needed someone like Pioli for the best part of a decade. Prior to his arrival, one of the giants of Italian football had floundered in a sea of mediocrity.

The club had lurched through numerous transitions before Pioli’s appointment in October 2019 and were sold by Silvio Berlusconi to the enigmatic Li Yonghong – who ceded control within two years to a hedge fund, Elliott Management, after defaulting on a loan.

There were chaotic spending sprees, which brings Manchester United to mind, with close to €100m spent in the summer of 2018 without a coherent plan to integrate them into the existing squad.

Pioli was only supposed to be a temporary fix. Milan had lined up Ralf Rangnick to replace him in the summer of 2020, only to change their minds as performances improved. 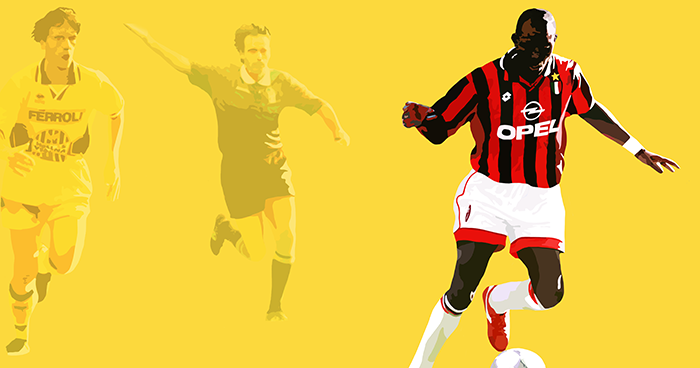 Instead, the club doubled down on Pioli, supporting him with further signings such as Fikayo Tomori, Ante Rebic and Simon Kjaer.

Targeting young and hungry players like Tomori has reaped dividends. “He has grown a great deal in these two years, but he can still grow more,” Pioli has said. Given how much faster he is than the average defender, sometimes he takes too many risks trying to anticipate an attack too early.

“He could wait a tiny bit longer and, instead of acting on the expectation of a certain play, he would wait for that play. But, being such an intelligent lad, he will get better at that too.”

With new signings and a fresh attitude, the patience of the Milan board was rewarded with the club’s first Champions League qualification since the 2013-14 season.

Milan may have finished bottom of their group, albeit a tough one containing Liverpool, Atletico Madrid and Porto, but the Milanese faithful have continued to back Pioli.

This was partly down to the manager’s ability to positively spin their European experience. Pioli highlighted strong performances against Atletico and the fact that many Milan players were making their debut in the competition.

Another reason is his captivating style of football. Under his supervision, Milan have become more progressive and varied in possession, causing trouble for all calibre of opponents.

While Milan generally prefer to build up through patient playing out from the back, the evergreen abilities of Zlatan Ibrahimovic also allow them to play more directly when they wish to do so.

This has proven to be a useful tactic when under pressure, lacking passing options in deeper areas or simply wanting to get the ball into the forward areas quicker.

Whilst a more compact approach may have been more suitable in their Champions League campaign, Milan have impressed neutrals with their high-pressing and high-energy style

“They need to be ambitious. Why not? Right now, this is the team that plays the best football in Italy, the team that creates the most chances, so we can certainly think big. The season still has a long way to go. But for now, Milan are the team that have impressed me the most.”

Baresi may not be the most impartial judge but results have supported his observation. Milan have done the double over Jose Mourinho’s Roma, stuck four past Empoli and Caligari and have now beaten the league champions.

In fact, only consecutive defeats against Fiorentina and Sassuolo last November are keeping Milan from Serie A’s summit.

Pioli reacted to Giroud’s second goal on Sunday with a mad dash towards the corner flag to celebrate with his players – something he says is evidence of his bond with the squad.

“Looking back at the footage, I did take quite a while to reach the players!” he laughed on Radio Anch’Io Sport.

“The important thing is that I did get there! I am a very emotional person, I experience everything with my players, so it was only right to go and celebrate with them.

“The rapport between coach and players is fundamental. I try to have this rapport of trust to get the best out of each of them.”

And, while Milan’s squad may not have the experience or depth as Inter or Juve, it increasingly feels like Pioli is their greatest asset and the main reason why Milan are contenders for this season’s Serie A crown.

While this Milan squad may not emulate the feats of Kaka, Andrea Pirlo and the rest, Pioli has lifted the club from its stupor and has them challenging again.

And that’s enough for the moment. Especially when they’re having such fun doing so.