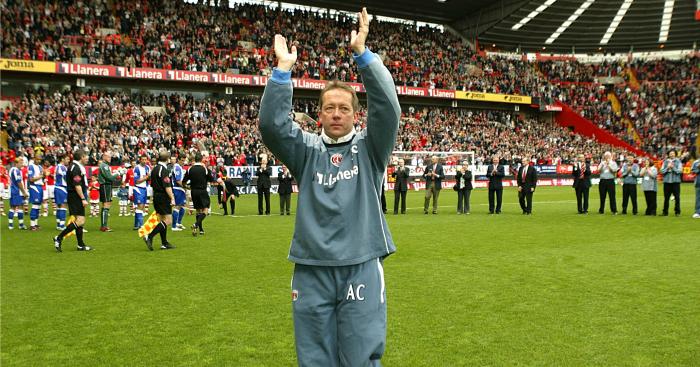 The game that immediately springs to mind when remembering Alan Curbishley’s tenure at Charlton is the greatest ever play-off final.

Played under the twin towers of the old Wembley stadium, the 1998 edition pitted the Addicks against Peter Reid’s Sunderland, who had been relegated from the Premier League on the final day of the previous season and missed out on automatic promotion by just a single point.

It was a classic encounter. Charlton led at half-time through Clive Mendonca’s opening goal but fell 2-1 behind in the 58th minute as Niall Quinn and Kevin Phillips scored for Sunderland.

Mendonca equalised, only for Quinn to fire Sunderland straight back ahead within two minutes.

The Wearsiders seemed on course for victory, but local boy and one-club man Richard Rufus picked the perfect time to score his first ever senior goal to force extra-time.

Nicky Summerbee put Sunderland ahead for a third time nine minutes into extra-time, but Mendonca completed his hat-trick four minutes later to set up a penalty shootout which Charlton won 7-6. 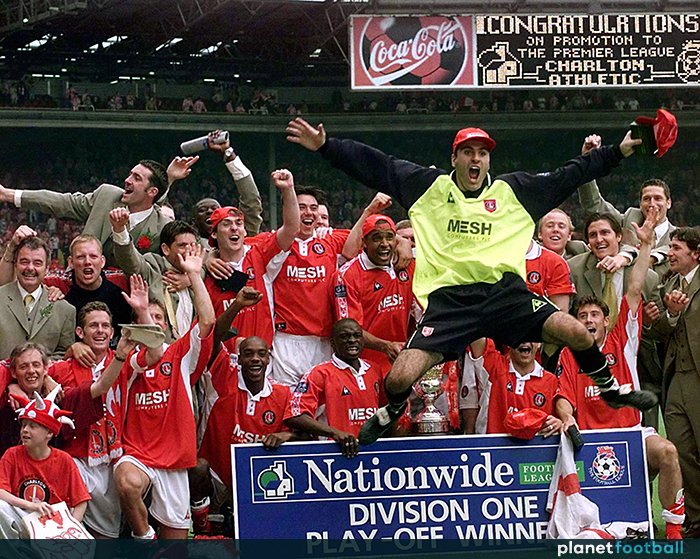 “It was such a unique game and a magnificent final, but I always felt that Charlton had to win that because if we hadn’t I think the side would have got broken up,” Curbishley says.

“We had lots of people interested in the players and if we hadn’t won promotion it would’ve been difficult to hold on to them.

“I know we went down again last game of the following season, but you think about the foundation that we built at the club: we moved back to The Valley and started building stands, and it all sort of came together. We got promoted, went down again, got promoted again, stayed there and built the club.

“Somebody told me it’s 25 years since we went back to The Valley coming up in December. When we first went back we went back to 7,000 fans, and when I left we had an all-seater stadium with 27,000

“So I just think we had to win that play-off final. If we hadn’t have done that, I don’t know what would have happened to us really.”

Back to the start

That game came halfway through Curbishley’s time as Charlton manager – the first four years of which were spent as joint-manager with Steve Gritt –  and despite the setback of immediate relegation and re-promotion, Curbishley spent the next eight years establishing himself as a respected Premier League manager.

The highlight was the 2003-04 season when the Addicks finished seventh, having been in the Champions League places at the end of January.

He was linked to the Liverpool job following Gerard Houllier’s departure at the end of the season, and two years later he was tipped by Sir Bobby Robson to become the next England manager.

Instead, he went to old club West Ham, where things had all begun for him – he had made his debut for the East Londoners in 1975, replacing injured club legend Billy Bonds – but he stayed for only two years and left under a cloud, eventually winning a court case for constructive dismissal.

Many managers do not even last that long these days, and Curbishley does not see the situation changing any time soon.

He says: “There was Fergie, Wenger, Dario Gradi and myself, and around the same time there was David Moyes at Everton and Sam Allardyce at Bolton leading the way in terms of staying at one club for some time. But obviously things have changed now.

“Someone told me the other day I’ve actually got the world record for longevity for a first-time manager. At the moment up to 50% of first-time managers never get another job, which is a big problem because if you’re not successful in your first job you’re lost to the game.

“Not a lot of first-time managers stay at one club for a long time, so it’s a bit unique. I always thought that at the time when it was me, Fergie and Wenger in the Premier League who had been there a long while, and I can’t see that happening anymore.

“You just think that Fergie, myself and Wenger, we earned the right to look long term and short term in terms of buying and what we wanted to do. I just think managers now, because they don’t think they’re going to be around too long, they only think short term, and that can’t be good for the club.”

As for Charlton, Curbishley is understandably saddened to see the situation his former club finds itself in, playing in League One, but he believes clubs such as Burnley should provide many others including the Addicks with hope.

“Obviously the club has had darker times, playing at Selhurst Park and Upton Park, living hand to mouth, and they deserve the good times, but there’s hope. There’s got to be hope, that’s what it’s all about: the likes of Burnley, Watford and Bournemouth can get in the Premier League, so there’s a long way to go but…

“I think the biggest problem at the moment is the atmosphere at the Valley. It’s difficult for the players to play in that sort of atmosphere, 8,000-9,000 fans in a 30,000 stadium if you like, it’s quite difficult. But obviously there is hope because you can see what other clubs have done. It’s not just Charlton who’ve lived the dream.

“But the thing is about opportunity, and we’ve seen over the years a few clubs take the opportunity and if it’s handled correctly like Burnley, it’s life-changing.”

Curbishley is full of admiration for the Clarets. They stuck with Sean Dyche despite their relegation in 2015, just as Charlton had done with him, and likewise were rewarded with immediate promotion. They then maintained their top-flight status for the first time in 40 years.

“I think that they’re the nearest team I can see to what Charlton did,” Curbishley says.

Dyche is one of many British managers working in the Premier League at the moment, but Curbishley believes clubs are still reluctant to take a chance on those doing a good job in the Football League.

He also doubts whether any top-flight club nowadays would take a chance on a recently-retired player looking to take his first management job, no matter how high-profile his playing career.

“There’s so much more competition now for managerial jobs that really I think some of the ex-players may need to look a little bit lower down and get that grounding first before they attempt to take a bigger club.

“Anything you can gain experience-wise will hold you in good stead, but for some reason young managers now don’t get given enough time and they’re lost to the game. But I’m looking at Steven Gerrard [coaching at Liverpool’s academy] and thinking ‘well you’re doing the right thing, at least you’re getting back to basics before you even think about it’.

“Ryan Giggs did a couple of years under Louis Van Gaal, so he did it too. But there’s nothing like taking over and being in charge, and sometimes the top-grade players may have to look a bit lower to get their foot on the ladder.”

Curbishley believes he has now been out of management for too long to get back into it, but should the likes of Gerrard and Giggs want to take their first steps down that path, he would be only too happy to lend the benefit of his experience, a role he briefly enjoyed at Fulham alongside Kit Symons.

“I think there’s a role out there for experienced managers to be like a mentor to one or two of these young managers if they’re brave enough to accept it and don’t see it as a threat. 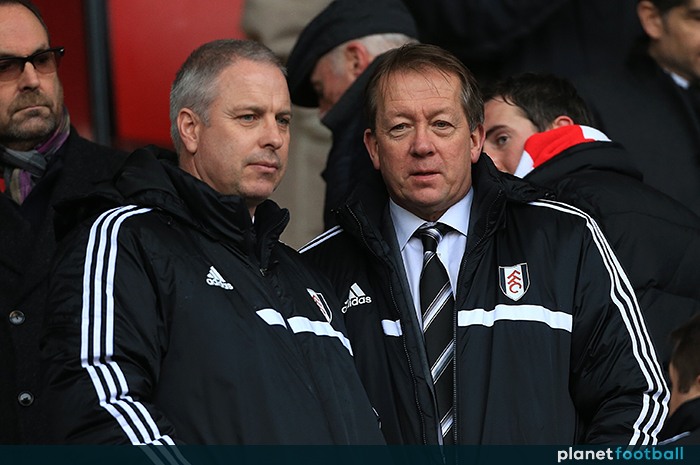 “There are managers out there with a thousand games under their belts and they’re not in a position where they’re going to be a manager again, but they can help. Lennie Lawrence was doing it quite a lot with Dougie Freedman, and you’ve had Gerry Francis helping out Tony Pulis.

“I’ve told you about the pitfalls of the young managers, but I’m sure the Dave Bassetts of this world would love to give a young manager a bit of his life experience.

“I quite enjoyed doing it at Fulham with Kit Symons. It didn’t work out too long, but I think it’s a role that perhaps gives younger managers another voice, especially if it’s your first job.”

They’d be daft not to consider it.

Alan Curbishley’s book, “Game Changers: Inside English Football: From the Boardroom to the Bootroom”, is available in hardback, Kindle and audiobook.

Matt Holland: I would have liked to carry on at Charlton

Jose Riga: People were just waiting for relegation when I returned to Charlton