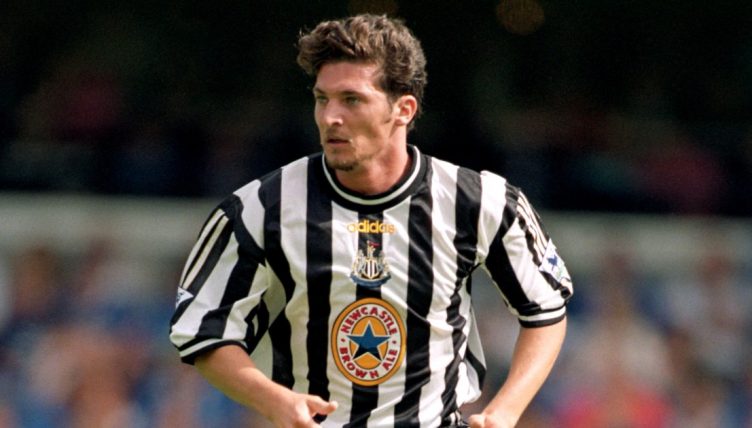 Alessandro Pistone endured more than his fair share of setbacks and criticism during his 10 years with Newcastle United and Everton, but it’s the good times that have stuck in his mind most.

Pistone was something of a trailblazer when he left Inter for the Premier League as a 22-year-old in 1997, but being the only Italian at Newcastle certainly did not come without its problems.

He was one of relatively few players from anywhere other than the British Isles, in fact, at a time when the majority of squads were still made up of homegrown players – and being teetotal is unlikely to have been much of a help as he tried to integrate himself into life at St James’ Park.

“At that time, only a few Italian players had left Italy to go abroad,” Pistone says. “I was one of the youngest, but I always wanted to play abroad so Newcastle was a big opportunity for me.

“In those years Newcastle had one of the best teams in the Premier League. The year before I arrived they’d only lost out on the title in the last few matches. It was a big team with great players so I couldn’t miss the opportunity.

“But living there was not easy for me. It was cold, rainy and windy most of the time, and when I moved there was I alone because my girlfriend, who is now my wife, was still a student.

“I didn’t speak English and I drunk, and still drink, only water, so even the pubs were not the best places for me.

“It was OK, but I never felt part of the group, it was much easier going out with the other foreign players as they experienced the same problems. But I don’t blame the English players, it’s just normal it to be that way. 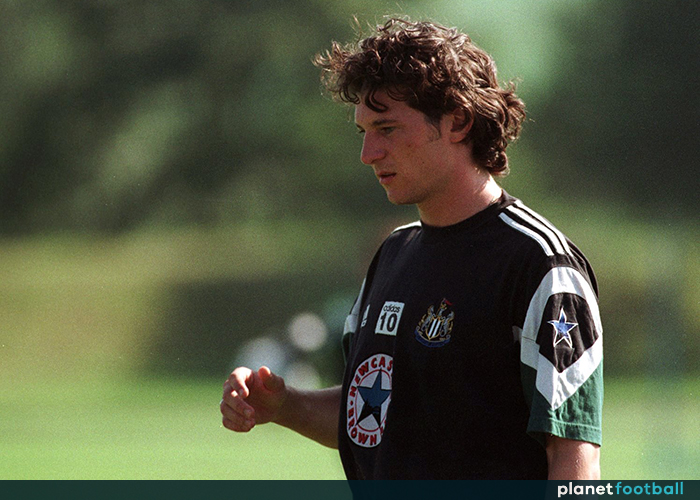 “Weather apart, it was beautiful. Newcastle is a very nice city, with clubs, pubs and restaurants. It’s a university’s city so the lifestyle was good for a 22-year-old guy.

“Then there are the fans, who were and still are special. They live for Newcastle United. I’ve never met a Newcastle citizen who was not a Newcastle fan.”

Though Pistone faced the usual problems of adapting off the pitch, he was a regular under Kenny Dalglish in his first season at the club, making 28 appearances in the Premier League and starting the 1998 FA Cup final against Arsenal, which the Magpies lost 2-0.

“I have to say that from a professional point of view it was an amazing experience,” he says. “I found it to be a very organized club with exceptional facilities.

“We had everything we needed for playing football. Consider that in 2000 there were already mental coaches, dietists and so on, things that in Italy came much later.

“My first coach was Kenny Dalglish, simply a legend. An exceptional man, a wonderful coach, but also an amazing football player. When he played with us in training, you could see he was still amazing. I’ve never seen in my life what he did on that pitch.

“The mood at the club was wonderful, we were convinced we could do something great and we started really well, but during the season we had some problems. Still, we reached the FA Cup final which is one of my best memories of being in England.”

Newcastle won four of their first five games in the Premier League that season but finished down in 13th, and a poor start to the following campaign led to Dalglish being sacked and replaced by Ruud Gullit.

It’s fair to say the change did not do much good for Pistone: he didn’t start a single game during Gullit’s 12 months in charge, was forced to train away from the main squad, and was eventually sent on loan to Venezia.

“We didn’t like each other, but I never understood why,” Pistone says of Gullit. “Generally speaking, I think he was a good coach, but when he arrived he picked up more than 10 players and cast them aside without a word.

“He left out Shearer. Imagine that. In January I needed to play and there was an opportunity to join Venezia, but in a normal situation I would never have left Newcastle because I was living my dream.”

Thankfully for Pistone, five games into the 1999-2000 season, Gullit quit as his decision to bench Shearer for the Tyne-Wear derby backfired in a 2-1 home defeat. 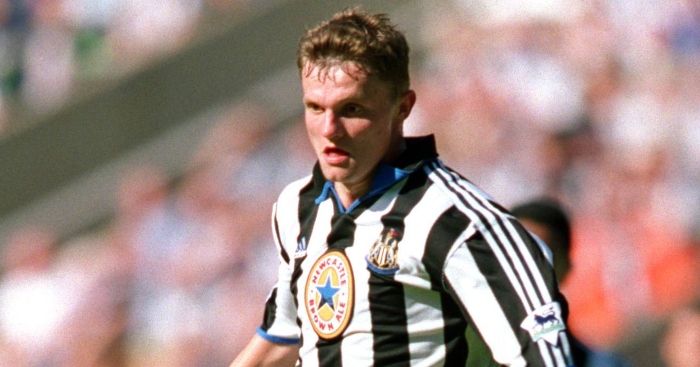 Pistone had received a sheep’s heart as a Secret Santa present from one of his team-mates the previous Christmas, apparently in the absence of one of his own, but he was restored to the team following the appointment of Bobby Robson and eventually won the respect of the dressing room.

“I discovered Alessandro was a nice lad,” Rob Lee, one of those banished along with Pistone, said in an interview with the Sunday Times in November 1999.

“He was always a very good player, but when he first came here he had big problems with English and was always wanting attention from the physios for every tiny thing.

“That’s all changed; he’s really got his head down in training, he’s taken language lessons and his English is getting very good. Everybody respects him now.”

Despite winning back his place under Robson, Pistone was sold to Everton in the summer of 2000, but he struggled even more with injuries at Goodison Park and played only seven times in the league in his first season on Merseyside.

He stayed for seven years in total and eventually left England in 2007 with 149 Premier League appearances to his name, the fifth most of any Italian player, but he knows it could have been more.

“Everton was and still is a very important club, with passionate fans,” Pistone says. “I spent seven wonderful season there and have lots of very nice memories.

“I can not forget wonderful moments I lived, but in my career I spent almost five years injured and in those periods you need help and friends.

“I used to come back to Newcastle and Liverpool to visit some friends who helped me during those years, friends who I shared difficult moments with.

“This is my main regret. I never envied people, but those players who never had injuries were my idols. I played with (Javier) Zanetti, for example; he was and still is a robot, he’s not human”. 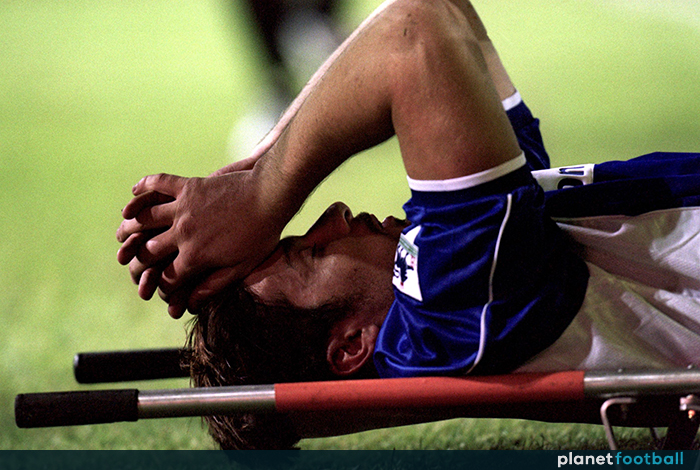 Pistone is now working as a youth coach in Milan, but he still follows the fortunes of both Newcastle and Everton and would happily return to England given the opportunity.

“I’m a normal man who had the chance to see his dream come true, playing football as a professional, and now I am trying to help young guys to do the same.

“I work for a well-known club dealing with the youth team in Milan, and I try to teach them how they can become professional players, letting them realise that it’s very difficult, that they should be focused, committed and never give up”.

“Would I go back to England? Why not? I am convinced it’s the best place to work in football. And hopefully I haven’t forgotten English, so I can’t think of a reason to say no. Where do I sign?”