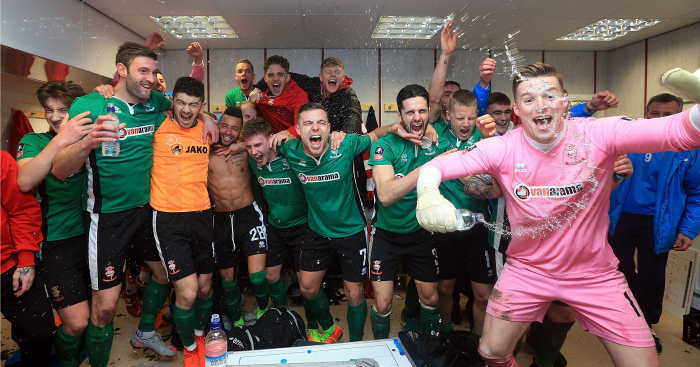 While millions of people in Europe spent their Wednesday night having their minds blown by Barcelona’s heroics against PSG, a small corner of England watched on with a wry smile as their city’s football club plot their own footballing miracle.

Lincoln City have already made a piece of history by becoming the first non-league team to reach this stage in over 100 years, and dumping out Arsenal on their home patch would be one of the biggest upsets in the competition’s proud history.

The tie is a real David v Goliath battle, but Lincoln midfielder Alex Woodyard believes football miracles do happen, as was shown in Barcelona’s stunning late comeback against PSG in the Champions League.

“It is a going to be a great day out for everyone connected with the club playing Arsenal at the Emirates Stadium and miracles do happen in football like we saw with Barcelona the other night so who knows what will happen,” Woodyard says.

Woodyard has been an ever-present during Lincoln’s run to the last eight, helping them to impressive victories over Championship outfits Ipswich and Brighton before overcoming Premier League Burnley at fortress Turf Moor. And the former Southend man hopes they can capitalise on any unrest in the Arsenal camp.

Arsenal go into the game after a torrid week having lost two big clashes to Liverpool and Bayern Munich amid protests aimed at under-fire manager Arsene Wenger. 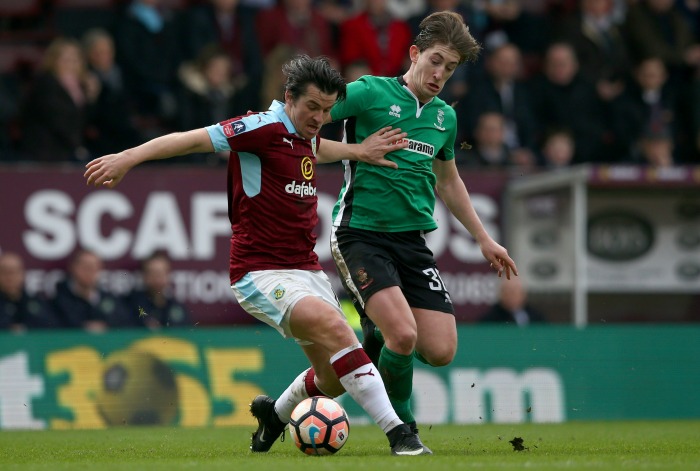 “I don’t think they will take us lightly as they have already seen us beat a Premier League team in Burnley on their own ground,” Woodyard says.

“I think they need the win as well after a difficult few results and everything else that has been going on so hopefully we can take advantage of that.

“We will go there and prepare with the aim of winning the game even though we are coming up against one of the best teams in the country.”

Woodyard, who has been attracting the interest of clubs higher up the football pyramid as a result of his displays for Lincoln this season, is relishing the opportunity of pitting his wits against some of the best players in the world.

“I am sure they will name a strong team and whoever they play you know they are going to be top international players so we all know it is going to be a massive test for all of us, but it is one we are looking forward to,” he says

“It will be great to play against some of their world-class players and it allows you to see how you compare to them so it will be a great learning experience.” 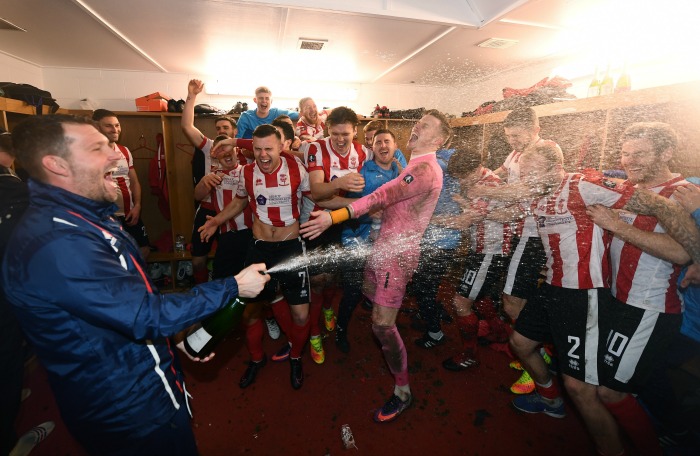 Lincoln’s historic run to the quarter-finals has certainly encapsulated the magic of the FA Cup, but Woodyard admits he and his team-mates have not yet had chance to take stock of their achievements.

“To be honest we did not really have the chance to celebrate the win over Burnley as we have always had games around the corner to play in the league.

“We couldn’t really believe it that we have reached the quarter-finals of the FA Cup and is still hasn’t really sunk in that we will be playing against Arsenal.

“I think it will only sink in once we get out on that Emirates pitch in front of that big crowd.”

England C captain Woodyard believes the secret to Lincoln’s success this season has been the winning mentality instilled in the players by management duo Danny and Nicky Cowley.

Lincoln are on course to win promotion back to the Football League this season, and Woodyard feels success in the National League has aided their pursuit for FA glory.

“The management team are excellent and they have shown wherever they have been they have always been successful.

“They have a great style of playing which has created a winning mentality so no matter who we come up against we feel we can win and they analyse teams down to the last detail.

“There is a real togetherness in the squad and we fight for each other, we work hard and that has got us to where we are now.”