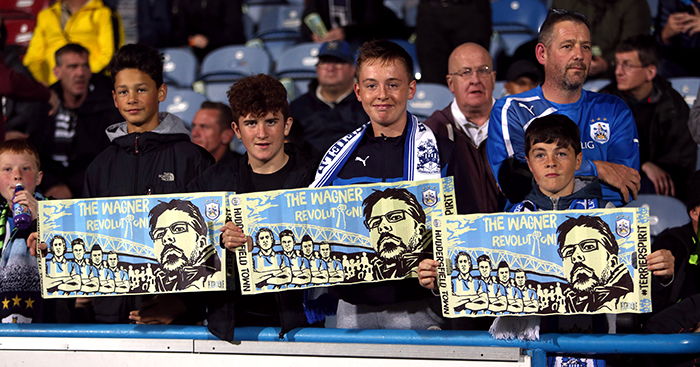 Such is the growth of the Premier League that no team named ‘Town’ has competed in the division for 15 years, since Ipswich in 2001-02.

The smaller town sides have clearly struggled to make a mark on the English game in the manner that they used to since big money began to be pumped into football.

It now takes something a little special – a little out of the blue, say – to make any real attempt of getting over that gold plated hurdle.

Sixteen months ago, when Huddersfield Town parted company with Chris Powell and hired the first foreign manager in their history, few would’ve predicted that they’d be the side to try the handle on the Premier League door the hardest.

Having hired David Wagner from the Dortmund second team, the club took a gamble on a man that was best known at the time – and sometimes still is – for being Jurgen Klopp’s best mate – but performances began to change almost immediately.

Wagner restructured the youth set-up, the way the club trained, operated on match days, stocked their gym and ate their food. He’d bought fully in to turning Huddersfield Town around, and they were more than happy to hand him the reigns to do so. 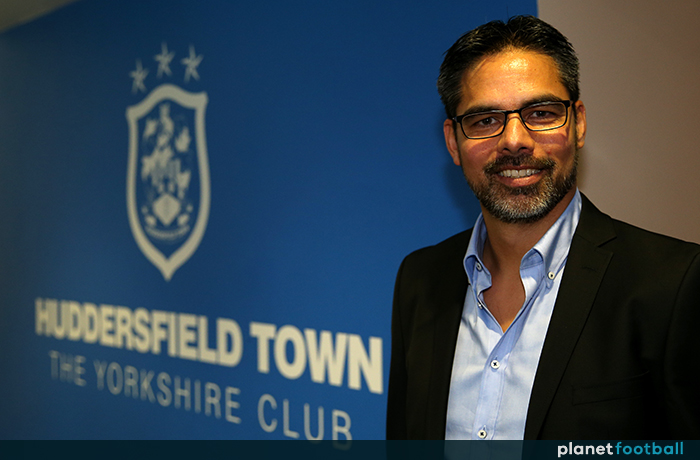 Although his first half-season was hit and miss where results were concerned, both the fans and the board recognised the work he’d been doing with the players, and how drastically the style of football and mentality of the club had changed.

While the chairmen doubled down on his Wagner commitment by handing him a contract extension, the marketing department launched a season ticket campaign modelled after their manager, capitalising on the renewed hope with competitive pricing, leading to record levels of enthusiasm and attendance.

Huddersfield Town had hope, and that’s not something that’s been true to say for quite some time.

READ: #htafc fans back the #WagnerRevolution as 98% of supporters renew season cards! https://t.co/hLs7un5nvM (AT) pic.twitter.com/ZVTOWrzbYq

The last time Huddersfield were a top-flight side was so long ago that Edward Heath was still Prime Minister, the world was just recovering from the Watergate scandal, and The Godfather was only just being released.

It was, to be precise, the 1971-72 season in the old Division One, and Town ended the campaign dead last in 22nd place, with only twenty-five points and six wins to their name.

Brian Clough won the first major trophy of his managerial career that same year, leading Derby County to their first ever league championship.

Before long, Town found themselves right down in Division Four, basement dwelling as soon as 1975, and spent the time between then and now bouncing around the football pyramid, flirting with administration and fading in to obscurity.

The first ever side to win the league title in three successive seasons in 1924, 1925 and 1926, what were once known as the Thrice Champions had become a lower league yo-yo club, and there wasn’t much evidence that their fortunes were ever really going to change again.

That is, of course, until this young German coach arrived talking about full throttle football, and having no limits.

Speaking to lifelong Town fan David Scholefield about the difference between the Huddersfield he remembers in the top flight as a child in the 70s and the team today looking to return after 45 years away, it’s easy to see just how much football has changed in a relatively short amount of time.

“I used to go with my dad and his mate” David remembers. “We’d park outside the old Peacock pub on Leeds Road approaching the ground, and they’d leave me in the car with the window slightly down while they went in and had a couple, which was good of them.

“There were things like the Imperial Chemical Industries plant back then, pumping out that thick sulphur smoke which absolutely stunk as well, which is one of those things that wouldn’t be allowed to happen these days.” 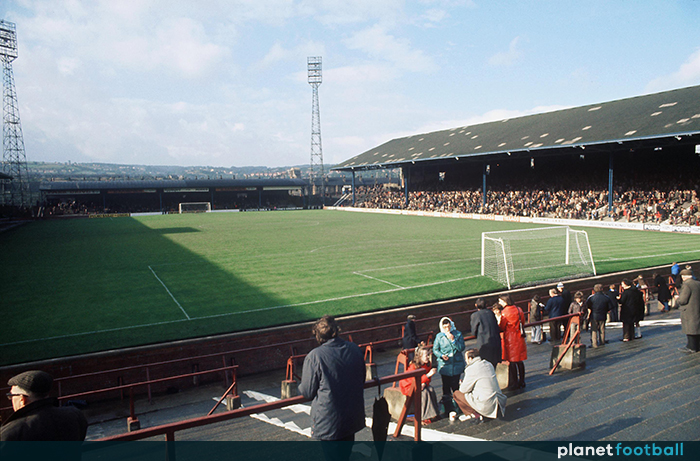 Although the new ground was opened in 1994 within a stone’s throw of the old Leeds Road stadium – which was flattened in order to accommodate a retail park – the matchday experience couldn’t be any more different for David now, compared to what he once knew.

“There weren’t as many rules and regulations back then” he says. “I remember to this day what it was like seeing that yellow smoke, and it’s different going past now with the air being clear, funny as it sounds.

“In many ways, that reflects the change in stadium as well. You used to just be able to go where you wanted in the ground when you wanted, transfer at half time, walk to the other side of the ground to support the side from behind whichever goal they were shooting towards.”

What was it like, supporting a smaller club in the top flight back then? With less available to folk to entertain themselves, David explains just how important football was to the Huddersfield fans, and the window Division One afforded to the stars of the day.

“For a young kid like me, watching the likes of Manchester United with George Best, Bobby Charlton, Willie Morgan and Alex Stepney in Huddersfield, these were people I only knew from reading my Shoot! annual, a world apart.

“You felt blessed, not only just in cheering your local team on, but because you were watching these superstars coming to play against them.

“There wasn’t as much to do back then, for kids or even for adults, outside of going to the pub,” David says.

“Saturday was a big focus, you were always looking forward to Saturday afternoon. You had no comparisons, because there was no social media, you didn’t know what was happening in the rest of the country, or the rest of the world. It was about you and your local club.”

Despite the dramatic fall in fortunes for Huddersfield, the level of football the club was playing never deterred David – and plenty like him – from supporting the club, and following them far and wide, no matter the league they were in.

Without the highlights packages we have today and choice of live televised score service, the best way to know how your club was doing was to be at the match, and that’s exactly where David found himself, more often than not.

“There was Match Of The Day back then, but by the time I was old enough to stay up and watch it, Huddersfield weren’t in that league anymore.

“We’d get on for the odd cup game which was great, but you did spend a lot of time watching it wishing that was your team on there as well.

“We weren’t very good for a long time, so there we no expectations. In a handful of seasons we’d dropped all the way down to the lowest professional tier, but the crazy thing is, I still loved it.

“We were going to clubs like Darlington, Torquay and Workington, all these weird and wonderful places in the back woods that actually made you feel better about yourself. That was my real apprenticeship with Huddersfield Town growing up.”

Having experienced that, having seen his club at the lowest they could possibly go, what is it like now, as a lifelong fan, to see Huddersfield competing again, with the thought of Premier League football no longer a fairytale, or a pipe dream?

“It’s funny, I know what we’ll be talking about come match day every week now. Everyone will have been studying the fixture list, looking at who’ve Town got coming up and who everyone else is playing around them, trying to guess who’s going to get what out of who.

“That’s what it’s been about recently. There’s this feeling of disbelief when you’re sat there looking at each other having this discussion. There’s an excitement that comes with winning most weeks.

“You’re buying three Sunday papers instead of one, reading all of the reports, making notes of form, looking where we’re heading next week – it’s electric. It’s like Christmas every Saturday, you can’t wait for it to come around.”

With promotion within touching distance, either automatically or via the torment of the play-offs, David knows that, despite the fun Huddersfield are having, there’s an undercurrent of worry present at the club and within the fanbase.

It’s only natural, of course, this is a club that has, for so long, played without high stakes on the line, and here they are right in the middle of one of the tightest promotion races the Championship has seen for quite some time.

“There is a fear that we fail, but equally, there’s an odd fear of success, too,” David says. “What happens if we do get to the Premier League, this so-called promised land?

“Suddenly, the rules all changed that we’ve been used to. Some of these are prawn sandwich clubs, and we’re meat and potato pie boys.” 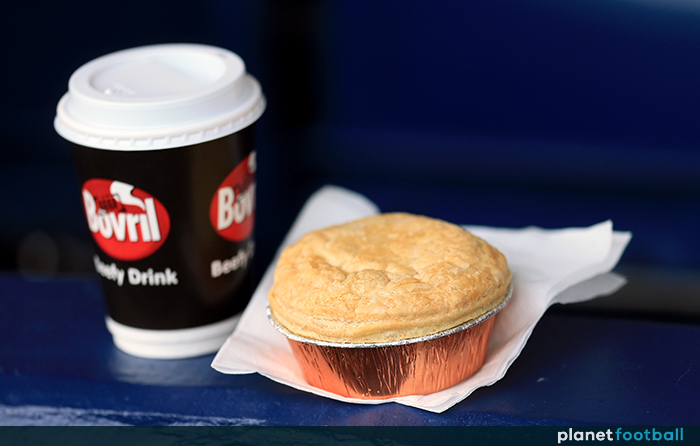 With a handful of games yet to go before their fate is sealed, worrying about prawn sandwiches is a bridge Huddersfield fans like David can only be hoping that they’re going to have to cross this summer.

Newcastle and Brighton have a lead over them in the automatic places, but Huddersfield have a game in hand and will have welcomed the international break after what was by far the busiest stage of their season to date.

The chemical factory might not be pumping out smoke anymore, and Manchester United will be bringing Paul Pogba with them rather than George Best, but should Town put the finishing touches on this season their campaign deserves, you won’t find many people in that part of West Yorkshire complaining.