What next for Andreas Pereira? From Man Utd reject to Rio’s most hated 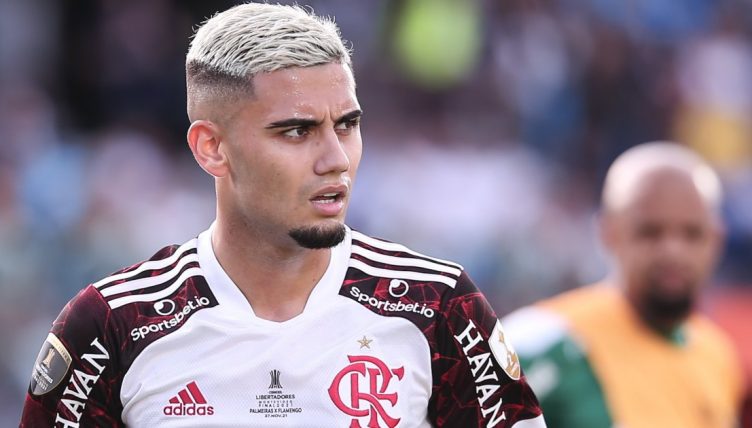 The 2021 Copa Libertadores final was coming to an end and the camera panned to the bench. The image captured was a perfect snapshot of the wretched anguish of unwitting guilt.

Andreas Pereira, the Flamengo player on loan from Manchester United, sat there as the final seconds of extra-time ebbed away on the Estadio Centenario pitch a few metres ahead of him. Rather than watch, he sobbed like a bereaved lover, face covered by his purple substitute’s bib.

Half an hour earlier, he had miscontrolled a five-yard sideways pass from team-mate David Luiz and given the ball away to Palmeiras centre-forward Deyverson.

Pereira had lunged to try to recover it, but by then it was too late. He sat with the best view in the house as Deyverson bore down on Diego Alves and tucked the ball into the corner of the net. It was the winning goal in the most important game in South American football and the blame lay squarely at Pereira’s feet.

The previous few months, following his arrival in Rio de Janeiro on loan from United in August, had been the best of Pereira’s career to date.

The 25-year-old had taken to Brazilian football like butter to bread, he had scored goals and endeared himself to Flamengo fans, helping their team to a second Libertadores final in three years.

Then in one moment, he had quite possibly undone it all. It was a brutal reminder of football’s capacity for cruelness.

Reaction was swift and hard. While Rubro-Negro fans in the stadium fell silent, the cesspit of football Twitter belched and bubbled with the fury of Flamenguistas and the memes of their rivals.

Flamengo manager Renato Gaucho immediately paid for the defeat with his job and there were suggestions Pereira should go the same way.

Speaking on UOL podcast Posse de Bola the following day, Flamengo-supporting journalist Mauro Cezar Pereira said: “The mistake Andreas made is unforgivable. There is no forgiveness.”

🤩🟢⚪️ We take you pitch side for an exclusive look at Deyverson's Copa-winning goal for @Palmeiras!

At that point, Mauro Cezar Pereira’s harsh words about his namesake summed up the feelings of, if not all, then a significant section of Flamengo’s 30 million-strong fanbase.

Not only has the Manchester United loanee’s mistake caused a backlash, but it could perhaps change his entire career path, and in a way that he did not desire.

Cast out at Manchester United – with little hope of getting back into the first-team picture despite Ole Gunnar Solskjaer’s constant upbeat chirruping about his “quality” and “fantastic personality” – Flamengo was Pereira’s chance to show what he could do after an unsuccessful spell at Lazio in 2020-21.

Belgian born to a Brazilian father, Pereira’s move to Brazil was also a personal discovery journey of sorts, a chance to reconnect with his roots, with a country he clearly has a great affection for and that he has represented once at international level.

And, as stated, before the Libertadores final on the last Sunday of November, things had been progressing beautifully.

He came in to replace Gerson, who had gone to Marseille, and had done so with ease. After some initial issues related to quarantine rules in Brazil, he had taken his place in the Mengao midfield and not let it go.

Though Pereira may not have the deftness of touch or speed of thought to play for one of the world’s very top teams – and Manchester United, for all their faults, remain in that bracket – he is a very thoroughly useful midfielder and won Flamengo fans over with his box-to-box energy and fine ball-striking technique.

There were classic, late-arriving-midfielder goals against Internacional, Athletico Paranaense, Bahia and Santos and a terrific free-kick against Juventude – the first free-kick a Flamengo player had scored since June 10, 2018.

“I think that today is the best moment in his career, not only on the field, but in the locker room, in the club,” his father, Marcos Pereira, told Esporte Espetacular. “I think it’s unlikely that he’ll to return to Europe, if Flamengo want to keep him.”

And it looked like Flamengo did want to keep him, like they were ready to activate the buy option which is believed to be somewhere in the region of €15milion to €20million. At least it did until the fatal mistake.

Now Pereira’s future has been thrown into doubt. Reports in Brazil have suggested that Flamengo are ready to use the Libertadores error as a bargaining chip to secure a reduced fee. Whether Manchester United will be open to that is another matter.

Terra columnist Silvia Barsetti wrote following the Libertadores final that Pereira would “need to ‘make it rain'” – that is say perform miracles – over the remaining four games of the Brazilian league season in order to secure a long-term future at Rio’s biggest club.

Yet one of those games has already happened and, judging from the fans’ reaction to Pereira before and during it, there is still hope for him in Brazil.

On the morning of the fixture that followed the final – a Wednesday night home game against Ceara – Pereira spoke to Anderson Macuca, the leader of Flamengo’s biggest torcida organizada, or organised fan group, outside the training ground.

Macuca showed a willingness to forgive rarely seen among Brazilian fans, telling Pereira: “Head up. Next year we will win. The fans have to support [you], not only criticise. You didn’t make a mistake because you wanted to.”

Pereira replied: “You can count on me. I’ll stay until we win the next [Libertadores].” 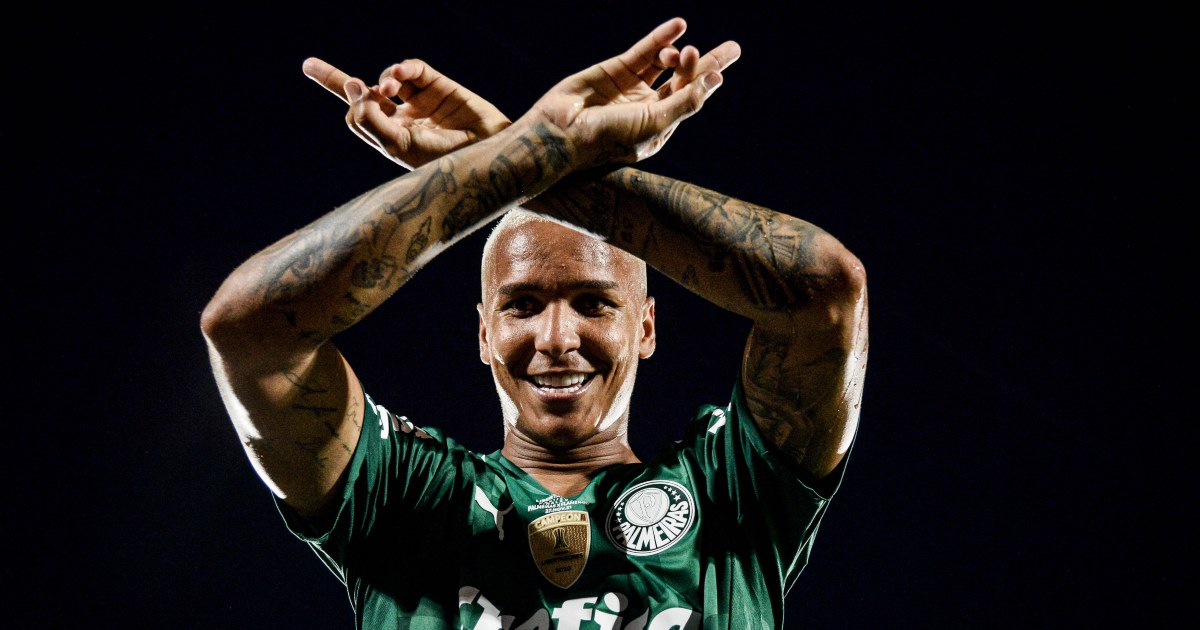 At the Maracana that night, the reaction was mixed. Pereira’s first few touches were booed by a section of those in the stands. But some held up placards with messages of support and others responded positively when Pereira’s team-mate Mateuzinho gestured to fans to back their man.

Pereira did his part, putting in an assured and controlled if unspectacular performance.

If Pereira is to stay and win next year’s Libertadores as he promised, then his current loan deal, which runs until June 2022, will need to be extended, whether that is as a permanent transfer or as another loan.

He has three games left of this season and then the first six months of 2022, which will see Flamengo playing mostly in the less meaningful Rio de Janeiro state championship and, more significantly, the group stages of the Libertadores.

To earn a new deal, the 2022 Libertadores is the stage on which Pereira must prove himself.

If he does not, then, at 25, with his time as a Manchester United first-team player surely over, Pereira’s future looks unstable. He will likely have to find another club, perhaps in Spain or Italy, to rebuild his confidence and reputation.

It was just one mistake, but it could not have come at a worse moment. As a result, Pereira faces an uncertain few months ahead.