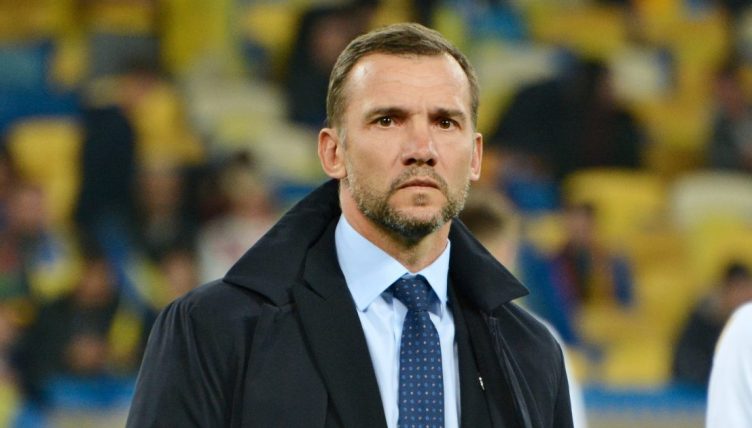 For every Zinedine Zidane or Pep Guardiola, there are countless legendary players turned coaches that couldn’t translate their genius on the pitch into the dugout.

Alan Shearer has not returned to management since his short stint at Newcastle United ended in relegation. Juventus’ iconic former midfielder Andrea Pirlo failed to deliver a 10th-successive Scudetto and was promptly sacked after just one season.

There’s certainly something to be said for not going back, but nobody told Andriy Shevchenko. In Ukraine, legends don’t come any bigger than their all-time top scorer.

Shortly after retiring from his playing career after Ukraine co-hosted Euro 2012, Shevchenko rejected the national team job, stating it would be a premature step. Eventually, he joined head coach Mykhaylo Fomenko’s coaching set-up shortly before Euro 2016.

But the tournament was a disaster, in which they only provided an argument against expanding the format to 24 teams. No points, no goals, miserably trundling home like a British Eurovision contestant – put bluntly, they offered little evidence they were worthy of a place in France.

Then Tymo came on in added time pic.twitter.com/R39enjciU1

It was a rock-bottom moment for Zbirna – the Ukrainian term for the national team – and raised a question of how ready Shevchenko was to step up and take on such a rebuilding job. He nevertheless accepted, as attention swiftly turned to qualifying for the 2018 World Cup.

“There was always that chance of him sullying his reputation, but there were people close to him who played with him that understood he was really tactically-minded,” says dedicated follower Ewhen Cymera, of Ukraine fan site Donetsk Way. “He had a lot of respect from the legacy players that had played alongside him.

“Let’s be honest, his reputation is such that he could go out and murder someone and he’d still be a hero in Ukraine. He is massive for the country, he was our first global superstar post-independence. Like Maradona for the Argentinians – that’s how big we’re talking.”

It took time for the fledgeling coach to deliver results. Shevchenko’s Ukraine finished third behind Iceland and Croatia in qualifying for Russia 2018, but things started to pick up in the inaugural UEFA Nations League in 2018.

“That’s where you can sum up Shevchenko’s successes the most,” says Ukrainian football expert Andrew Todos, who has covered the coach’s tenure up close for Zorya Londonsk.

“That was the tournament where his principles, the togetherness in the side, his core squad of players, started to gel and come together after getting rid of a few older players, bringing in the likes of [Atalanta’s] Ruslan Malinovskyi, [Manchester City’s] Oleksandr Zinchenko and [Gent striker] Roman Yaremchuk into the starting XI. They’ve been there ever since.”

The new-look Zbirna topped their Nations League group ahead of the Czech Republic and Slovakia and followed that up with a wildly successful qualifying campaign for Euro 2020. They went unbeaten, topping their group ahead of Portugal and Serbia, beating both on home soil.

“They completely tore apart Serbia [5-0 in Lviv],” Todos says. “A lot of people say it was one of the all-time great performances from a Ukraine side. There was just so much energy, they knew exactly what they were doing when they were attacking. The link-up play and combinations were so fluid. It all came full circle.”

It was a performance built in the mould of Valeriy Lobanovskyi, the hugely influential coach that helped bring Shevchenko through as a youngster in the dazzling young Dynamo side of the late 90s.

After Lobanovskyi’s death in 2002, Shevchenko took both the European Cup and Ballon d’Or that he won with Milan to the master tactician’s statue in Kyiv, as a tribute to his footballing godfather.

“He was more a teacher than a father to me. I used to listen to him open-mouthed, hanging off his every word. He had a huge impact on me. Unbelievable,” Shevchenko told The Athletic.

“Lobanovskyi was very disciplined, a very intelligent person. He was interested in everything. I was at Milan in his later years. He coached the national team and every time I arrived for international duty he was there waiting for me in his office. I used to go in and see him straight away and we’d spend four or five hours just talking.”

Andriy Shevchenko visiting the grave of his mentor, Valeriy Lobanovskyi with the 2002/2003 Champions League and then the 2004 Ballon d'Or trophies. Lobanovskyi died in May 2002 aged 63. pic.twitter.com/0nGiA8Nn84

Some believe that the year-long delay to Euro 2020 has hindered Ukraine’s chances, stunting their momentum just as they were starting to look at their free-flowing best.

Results since the restart certainly give credence to that theory; five defeats from the first seven games back, including a 4-0 Nations League defeat to Spain and a record 7-1 friendly defeat to France.

But being tested against such top-level opposition has allowed Shevchenko to add other strings to his bow by drawing on the influence of another of his former coaches, Jose Mourinho.

The two only spent one fruitless year together at Chelsea, but the Ukrainian has said he “learned many things” from Mourinho – tactically the Yin to Lobanovskyi’s high-press, front-foot Yang – and he certainly isn’t too proud to adapt if the circumstances call for it.

“The 4-0 defeat to Spain, in which Ukraine were completely pressed out of the game, was the beginning of the end for Shevchenko’s idealistic approach to the game,” Todos says.

“He always says he wants to play on the first number, on the front foot, where his team are building from the back patiently, primarily through the middle. However, it was exposed that Ukraine can’t play that kind of football against the top sides.

“After the 4-0 defeat to Spain, he admitted he got it wrong, and that he’d be looking to fix that with his coaching staff. They got revenge against Spain with a 1-0 win in the return fixture, using a much more measured approach; they sat back, defended astutely and played on the counter.

“In terms of pragmatism, Shevchenko’s learnt that’s the only way to take on the top sides, rather than stylish quick combination passing football.”

The fruits of that adaptation period were also seen in the first game of 2022 World Cup qualifying in March, kicking off by grinding out a 1-1 draw away to Euro 2020 favourites France, who five months prior had inflicted that humiliating 7-1 mauling – albeit against a depleted squad.

“He’s truly popular. He’s done a good job, he’s qualified us for a tournament on merit,” Chymera says. “He’s created an identity for the team, we play in a style that Ukraine never have before.”

But things aren’t perfect. Ukraine are on a run of just four wins in 13. There’s been a chronic finishing issue and an inability to sustain performances over 90 minutes.

Such issues saw them follow up the creditable draw against France with underwhelming 1-1 draws against Kazakhstan and Finland, which may prove costly for their hopes of reaching Qatar next year.

Yet there are reasons for optimism. The capability to switch between a counter-attacking style and a more proactive approach is perfect for tournament football, with group stage opponents Netherlands, Austria and debutants North Macedonia offering contrasting challenges.

Zinchenko’s season ended in tears in the Champions League final, but Guardiola choosing him ahead of Joao Cancelo is testament to his fine form, while Malinovskyi has come into his own at Atalanta since Papu Gomez left for Sevilla mid-season. The dynamic midfielder ended the campaign as the Serie A club’s Player of the Month for March, April and May.

Experienced top scorer Andriy Yarmolenko looked surprisingly sharp in the warm-up friendlies after an injury-ravaged season on the periphery at West Ham. Eighteen-year-old centre-back Illya Zabarnyi has proven a revelation and is expected to start; there’s potential there to be the tournament’s breakout star. Denys Popov featured as Ukraine’s Under-20s won the World Cup two years ago. 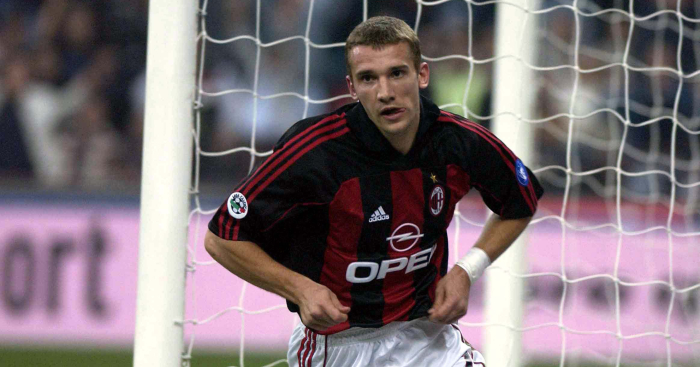 READ: An ode to peak Andriy Shevchenko at Milan and his 2001 stunner v Juve

Shevchenko has been supported to the hilt by the Ukrainian FA. The Ukrainian Premier League finished a week earlier than scheduled to give Shevchenko extra preparation time with his players, and he was able to bring in highly-respected Italian duo Andrea Maldera and Mauro Tassotti for his coaching team.

Andrea Azzalin, Leicester City’s science and conditioning coach during their miraculous title victory, is on board, while only three squads have a younger average age and only three averaged fewer minutes in 2020-21 – the confluence of those factors could prove important after an unprecedentedly hectic and gruelling year.

Given that backing, and the relatively favourable circumstances, a third successive Euros group stage exit would be a colossal disappointment.

“This tournament is make-or-break for Shevchenko’s legacy as national team coach,” Todos says.

“OK, finishing top of the group and going unbeaten in 2019 was historic, but at the end of the day those were just qualifiers. A lot is riding on whether he will show exactly what he’s about.

“It might even set a precedent for his future club career. If he has a flop here, that dream of managing Milan or Chelsea might not become a reality.”

Ukraine’s matches at the Euros will make fascinating viewing. We could be in line to witness the making of Europe’s next top coach.