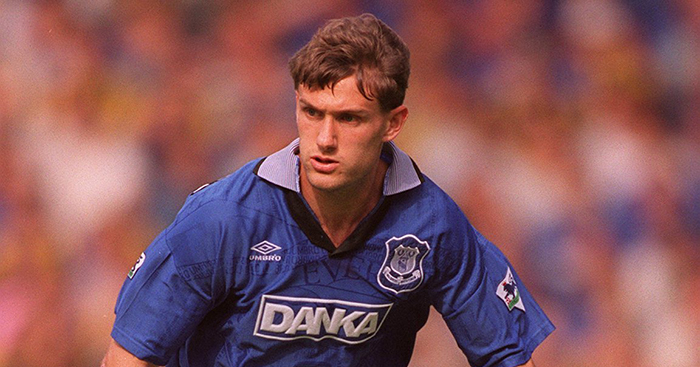 Andy Hinchcliffe and his dead-ball deliveries were a key part of the Everton side which won the FA Cup in 1995 – and he can’t understand why the humble set piece ever went out of fashion.

As Pep Guardiola’s high-pressing, precision-passing Barcelona spawned swathes of imitators a decade ago, the notion of bringing the big men up to hurtle themselves at a dead-ball delivery swung into the mixer came to be perceived as the reserve of Luddites, the surest indicator of base-level football thought.

After steadily trending downward in the early-to-mid-2010s, though, goals from set pieces are on the rise again in the Premier League. A proliferation of Barca-aping short corners contributed to the percentage of corner kicks leading directly to a goal falling to a low of three per cent in the 2013-14 season. Save for a minor regression in 2017-18, that figure has risen every year since, hitting a high of 3.74 per cent last season.

The 2018-19 campaign also saw a 10 per cent uptick in the number of goals scored from set-piece situations.

Sky Sports pundit Andy Hinchcliffe was something of a set-piece specialist during a 16-year playing career that encompassed spells with Manchester City, Everton and Sheffield Wednesday, and he has never doubted the efficacy of a well-honed dead-ball delivery.

“Set plays are a golden opportunity,” says Hinchcliffe, who won seven caps for England as a left-back. “[Ex-Everton coach] Willie Donachie used to say to me, ‘In general play, what do you work towards? You work towards getting the ball into the danger area, creating chances and scoring goals. So a set play is, under no pressure, a golden chance to do exactly that.’

“I don’t know whether it was off the back of the way things were going with Barcelona and tiki-taka – it’s all about possession and technique, and set plays go against that completely. But that’s Barcelona; you don’t need to maximise your chances when you’re so good from open play that you score as much as you need to anyway.

“But the lesser teams, that’s why you tend to try and use these avenues because you can’t dominate games, you can’t create the chances that other teams do.

“At Everton, we were a good team generally, but we had some very good headers of the ball – Duncan Ferguson, Gary Speed, Paul Rideout, Dave Watson. Why wouldn’t you use those players? Allied with a good delivery, it can terrify defenders.

“We just did what made sense with the players we had. Everton fans, when we got corners and free-kicks, the stadium would go crazy because they knew what could result.”

Hinchcliffe contests that the regularity with which he was able to create goals for team-mates was not merely a by-product of sharing a dressing room with such potent aerial powerhouses, though. Plenty of thought and practice was required.

“When I was at Everton, we worked backwards, thinking about what gives goalkeepers and defenders problems, “Hinchcliffe says. “We said, ‘Right, if that’s what they hate from set pieces, corners, why don’t we do that?’

“We spoke to Neville Southall, one of the best goalkeepers football has ever seen in this country. We said, ‘What would you not want from a ball coming into the box?’ He said, ‘It’s flat, it’s pacey and I can’t come and deal with it.’ So we’d beat the first man, we’d keep it flat, we’d keep it pacey.

“And with an in-swinging corner or free-kick, keep it on target. I have scored from a corner for Man City. If everybody misses it, it can go in.

“If you imagine a zone between the near post and a line eight yards out, my away-swingers didn’t go any further away from the target than that. That’s where my team-mates were going to be coming in. My job was to keep it on that trajectory, as straight as I could possibly deliver it.”

So what qualifies Andy Hinchcliffe as the authority on corner kicks for our latest podcast? Well here’s a couple of (ok, both) examples. Volume up for @AccidentalP reportage on clip two btw https://t.co/Sgwdb2c2Nj pic.twitter.com/QRjj4TMiPb

It wasn’t just his team-mates Hinchliffe would mine for tips to improve his delivery, either. When it came to shooting for goal from a dead ball, he’d study other sports in an effort to glean technical insight.

Hinchcliffe felt he made vast strides in his set-piece game when he began to work with Donachie in 1995, when the Scottish coach, himself a former left-back, joined Everton as Joe Royle’s assistant. In addition to the technical and tactical advice Donachie would dispense, he also introduced Hinchcliffe to the kind of mental exercises that, looking back, appear ahead of their time.

“Willie used to tell us to try and ‘feel the pitch underneath us’. It’s all to do with mindfulness and meditation and getting into the moment.

“It’s about calming yourself down, concentrating. Don’t overcomplicate it. Stick to what you practised. I’d put the ball down, take a few deep breaths to settle myself.

“You put the practise in until it becomes muscle memory. When I looked into the penalty area, I didn’t see anything other than that space I was aiming for.

“It’s all about you striking the ball properly,” Hinchcliffe concludes. “If you don’t do that, everything else is pointless.”