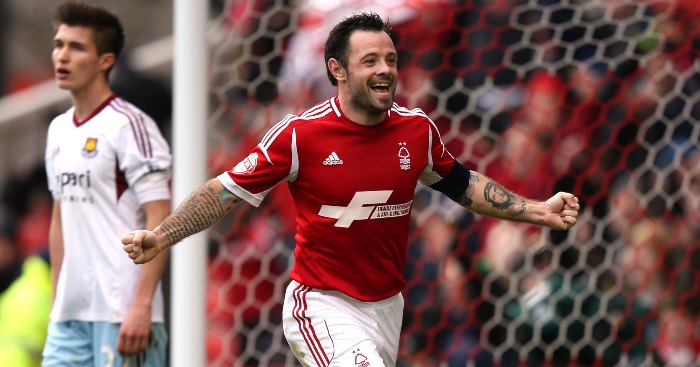 Andy Reid wasn’t to know, but having spent a year working in Nottingham Forest‘s club shop while at university, I’ll always feel connected to him.

Matchdays aside, it was a pretty mundane job, in which the only particularly challenging aspect was occasionally having to feign an affinity towards the club with enthusiastic customers.

Every now and again on particularly quiet days the kitman would drop off the shirts to be worn by the players at the weekend, on which we would be tasked with printing the names, numbers and sponsors.

Knowing this – by ‘this’, I mean ‘being allowed to touch the shirts’ – was the closest I was ever going to get to being a professional footballer, it felt like quite the privilege, especially when it came to Reid’s shirt.

He was the undisputed darling of the City Ground, all velvet touch and a left foot that terrified opposition defences, one of the few players able to view the blood and thunder of 90 minutes in the Championship as a blank canvas on which to show his artistry.

Whenever Reid played well in a shirt I’d painstakingly ensured was perfectly aligned and symmetrical, I couldn’t help but feel like I’d somehow contributed to the performance.

“It was because of you I played well then, mate,” Reid now laughs down the phone, six years on. “Thanks for that.”

In 2013-14, Reid was on his way to winning Forest’s Player of the Year award with 10 goals and 15 assists to his name, but it was a difficult time for the club under the controversial ownership of Fawaz Al-Hasawi.

There were periods of promise – Forest were in a play-off position until March – but they were regularly undermined by a carousel of managers, players and some questionable characters. It was difficult not to draw parallels with my own club, Leeds United, at the time.

“I found it okay. I had the mental ability to switch off from all the rubbish and go out on the pitch and take football for what it is and play the game how I like to play it. I didn’t find it too difficult.

“I can see why you’re making the comparisons to Leeds. They are big clubs and at times they can be difficult places to play when things aren’t going particularly well. You need a strong mentality, you need a winning mentality to play at those clubs. If you don’t have that strong mentality the chances are you will struggle.

“I’ve seen a lot of good players who have performed well at lesser clubs come to Forest and with the size of the club and weight of expectation they’ve found it probably a little bit too much for them.”

Reid perhaps had an advantage over some of his peers in this respect thanks to work he put in as a teenager coming through the ranks at Forest. As a 17-year-old in the academy, along with the rest of the youth squad, he was introduced to sports psychologist Keith Mincher by coach Paul Hart

While the players were initially reluctant, Mincher provided Reid with techniques he was able to use throughout his career.

“It was definitely ahead of its time,” he says. “There weren’t very many [clubs] at the time that did have one. Paul was like that in his football and his thinking and his personality. He was probably old school as a person, but in his thinking about the game he was very forward-thinking.

“It was a guy called Keith Mincher, an absolutely fantastic guy. I can’t speak highly enough of him, I still speak to him every now and again. He came in and he didn’t really know what to make of it because some of us had never done it before.

“At the start, some of the lads were thinking, ‘What’s this all about?’ After four or five weeks of group sessions once a week all the lads were going for one on ones with him and really buying into it because it was really good stuff. 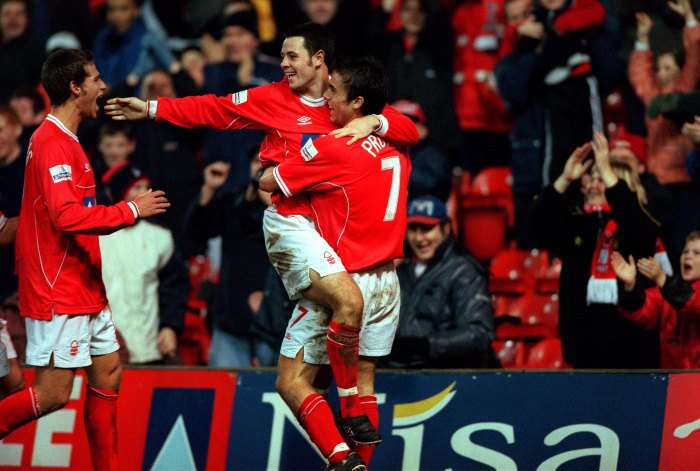 “I think it’s very, very important you do it. I try to do it now with my coaching. I’m coaching 17, 18-year-olds, and the psychology of the game is really, really important. To get the best out of them they have to be in the right frame of mind.

“As well as being a football coach you’ve got to be a psychologist. You’ve got to try to delve into their minds and find out what makes them tick.

“I think it’s very beneficial so you’re in the right mentality and able to go out on the pitch and perform in sticky situations and under pressure. But I also find it’s very good for mental health as well, especially for young players.

“There’s a lot going on in their lives, there are a lot of changes going on, it can be very, very difficult for them. They need to understand, ‘Why am I not feeling myself today? Why am I not quite there today?’ If they understand that then they have a much better chance of being able to deal with it.”

Reid has spoken passionately about mental health in the past, telling inews that he sought out counselling following the death of his parents within the space of a year of each other. That came around the same time a close friend, Nottingham musician Roy Foster, took his own life, while Reid was also forced to retire as a player due to injury issues.

The former Republic of Ireland international, who is now manager of his country’s Under-18 side, was always aware of the bubble footballers can find themselves living in and often sought a release by pursuing other interests in his downtime, whether that be playing the guitar, literature, history or politics.

“I was obsessive about [football] and I always have been,” he says, “but I just had other things that I was able to do as well. I found that when I needed to switch off and had other things to be able to revert to it really helped me.

“I was obsessed with football and thought about it all the time, so if I didn’t have that I think it would have become too much and I wouldn’t have been able to switch off from it.

“You do need a release, but at the same time you need to be careful with what your release is. Some people get sucked into the wrong things. Some people’s release is betting or going out drinking or doing whatever.

“Nobody’s saying you can’t have a drink but if it becomes your way of switching off then it becomes a problem. You need to make sure the thing you’re doing to wind down is not harming your actual football.”

Reid was speaking in January 2020 prior to appearing on the Planet Football podcast, The Broken Metatarsal, in which we discussed life in the Premier League with Tottenham and the infamous Lasagnagate controversy.