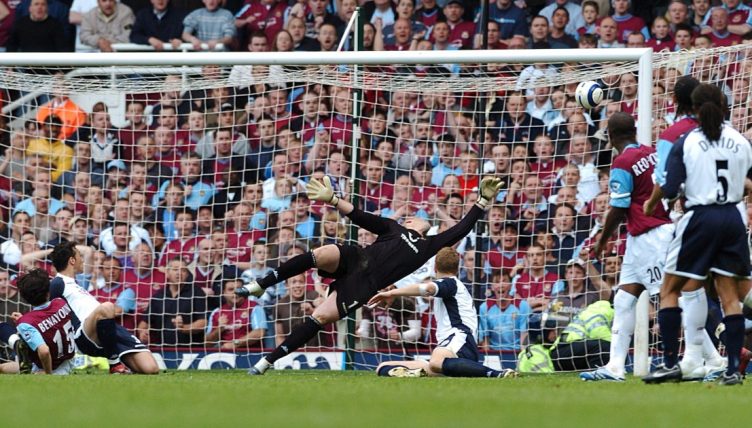 When Andy Reid joined Tottenham from Nottingham Forest in January 2005, he probably didn’t expect to find himself at the centre of one of the most controversial stories in Premier League history just a year later.

Signed in an £8million deal which also included Michael Dawson, Reid arrived at a Spurs side rejuvenated under Martin Jol, just a season on from the hilariously bad ‘Vincibles’ campaign that took place while fierce rivals Arsenal were winning the Premier League title unbeaten.

In Jol’s first full season 2005-06, Tottenham occupied fourth spot from December onwards and appeared set to qualify for the Champions League ahead of Arsenal, only to be robbed of their dream at the death, in an infamous final day showdown at West Ham.

Spurs had to match Arsenal’s result against Wigan – in what was the final competitive match at Highbury – only for a number of their players, as the story goes, to be struck down with apparent food poisoning on the eve of the game after eating a dodgy lasagne.

After trying to get the match postponed or kick-off at least put back, the game went ahead as planned, and Tottenham were beaten 2-1, losing out on fourth spot after Arsenal came from behind to beat Wigan 4-2.

Reid was one of the lucky ones to avoid illness, coming off the bench for the final half an hour in place of Michael Carrick, who was one of the players most badly affected, reportedly unable to walk on the morning of the game.

“There were maybe five lads that got ill,” Reid says on the latest episode of The Broken Metatarsal podcast. “Michael Dawson and Michael Carrick, they played and you could just tell by the colour of their faces they were really ill.

“If it was a coincidence then it was a hell of a coincidence. I know at the time it was taken very very seriously. You don’t want to make excuses but because of that game we didn’t qualify for the Champions League. There was a hell of a lot riding on it financially, for the club, for the players, and also the prestige of playing in the Champions League.

“We missed our opportunity and we just weren’t able to compete that day. We had to play with only six fully fit players. It was very very strange and it was very very disappointing after the season that we’d had.

“We’d had a really really good season, played some great football. When I think back on that season, the player that jumps out at me that really stood out and was fantastic for us was Michael Carrick. He was phenomenal; passing, right foot, left foot, dictating the speed of the play, breaking up play. He was really top notch that season.”

The challenge facing Tottenham that day became apparent during Jol’s pre-match team talk, during which players were having to rush to the toilets to be sick.

“I remember the lads being really really poorly; people throwing up and really grey faces,” Reid says. “I remember looking at Michael Dawson, he’s pale and pasty at the best of times, you could almost see through him!” 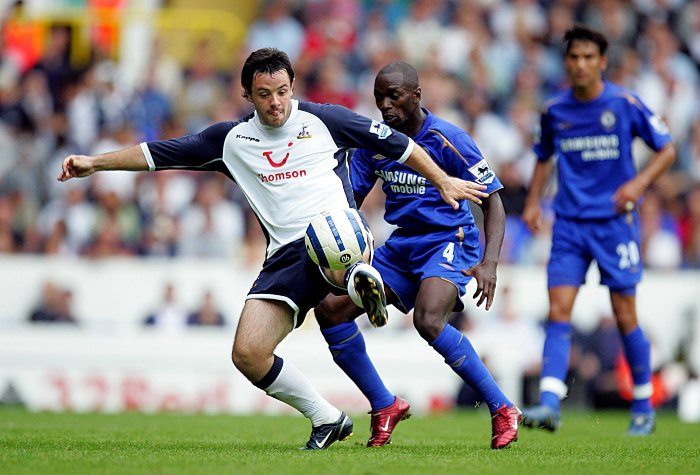 While the police and environmental health officers investigated the hotel and food, a number of conspiracy theories began to emerge. Jermain Defoe pointed the finger at his former club West Ham. Arsenal’s players were staying at a neighbouring hotel.

“I suppose you can go into a restaurant at any time and get some food that’s not quite right, that’s probably happened to everybody at some point. It was a bit of a coincidence,” Reid now laughs.

But the former Republic of Ireland international instead looks back at a different moment that may have been more important than the ill-fated clash at Upton Park.

“Arsenal pipped us to it that season, but we’d been ahead of them for quite a while. I always remember the last north London derby at Highbury we went 1-0 up, Robbie Keane scored. We played really really well, Michael Carrick was fantastic on the day.

“Thierry Henry came off the bench and scored. You think back to that game and think to yourself, ‘If we’d have beaten them that day it would have finished them off and that very last game wouldn’t have been the be all and end all.'”

The results of the investigation into Lasagnegate determined there were no traces of food poisoning, and instead the Spurs players were simply struck down by a virus passed among themselves.

But as one of the members of the squad that managed to avoid illness, we can’t help but be intrigued by what Reid tucked into at the buffet the night before.

Reid laughs once more: “I didn’t have the lasagne!”

The Broken Metatarsal: When a lasagne gave Spurs the sh*ts