The strange career of Anthony Vanden Borre: From wonderkid to retired at 29 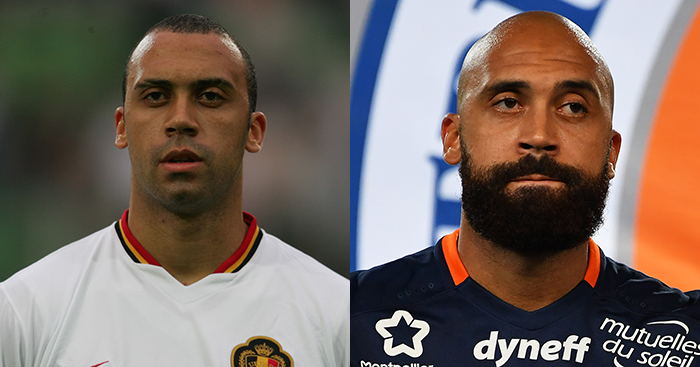 After making his international debut at 16, Anthony Vanden Borre seemed to be the future of Belgian football. His early retirement in 2017 ended a strange and uneven career.

Of all the unusual Premier League squads in recent history, few are as ragtag as the Portsmouth side relegated during the 2009-10 season.

The team also contained a loanee who, five years prior, had been the future of his country’s national team.

No, not David Nugent.

The player, who would struggle to make the Portsmouth starting XI ahead of a 33-year-old Steve Finnan, was Belgian-Congolese right-back Anthony Vanden Borre, a former wunderkind once considered as good — if not better — than his friend and team-mate Vincent Kompany.

Over the course of Portsmouth’s difficult season, Vanden Borre’s most memorable moment actually had nothing to do with him.

To this day, he may not even be aware of it.

In a home match against Blackburn, Vanden Borre was sent off for a second bookable offence. However, Sky Sports correspondent Chris Kamara entirely failed to notice and, when pressed for information about the incident, responded with confusion, prompting uproarious laughter from the studio.

But Vanden Borre’s career gets much more interesting than that.

Vanden Borre came to prominence incredibly quickly, making his debut for Anderlecht in March 2004 at the age of just 16.

A month and five appearances later, he was playing for the Belgium senior team, appearing in a friendly against Turkey.

It seems too short a period to make a judgment on a player, but Vanden Borre’s energetic running down the right flank, willingness to take on his marker and borderline reckless flair made him eye-catching in the otherwise vanilla Belgian league.

His teenage years would be some of the busiest of his career.

Around the time of his international debut, Vanden Borre was described by former Belgium striker Paul van Himst — the only footballer to have played for Belgium at a younger age than Vanden Borre — as “the greatest talent I’ve ever seen in my career”.

Anderlecht agreed: by the 2004-05 season, the right-back was making regular appearances for the team, often alongside Kompany.

For a while, things kept improving, and Vanden Borre’s most successful spell for the Brussels-based club came when the defender provided three goals and five assists between August 2005 and January 2006.

Those contributions helped Anderlecht to a Belgian First Division title. But things weren’t all rosy for Vanden Borre over this period.

Before Christmas 2005, the 19-year-old upset Anderlecht manager Franky Vercauteren by shaving the letters ‘AVB’ into his hair. (Vercauteren, unhappy with the show of extravagance, played the role of a present-day Garth Crooks.)

The minor scandal was not atypical of Vanden Borre. A string of off-field clashes and a perceived attitude problem meant the defender never nailed down a starting spot in his three full seasons at Anderlecht.

If Vanden Borre’s fledgling career at Anderlecht had been punctuated with the occasional off-field problem, then life at his new club, Fiorentina, presented a bigger problem: the 20-year-old was simply never picked.

Between August 2007 and January 2008, the Belgian made just two substitute appearances in Serie A.

The poor start was partly down to personal problems, but the full-back’s Italian journey was in danger of going off the rails. That early potential was not being fulfilled.

Fortunately, things got back on track with a January move to Genoa, where Vanden Borre would play intermittently for a season and a half. He had not become Belgium’s saviour, by any means, but he was at least keeping his head above water.

Quick interlude; quick question: Are you British, and if so, had you heard of Anthony Vanden Borre in 2010?

If so, you probably fell into one of two categories: Football Manager enthusiast, having discovered Vanden Borre’s ‘Wonderkid’ status on earlier editions of the computer game; or Chelsea fan, having seen the defender hit Petr Čech’s post in a 2005 Champions League tie. 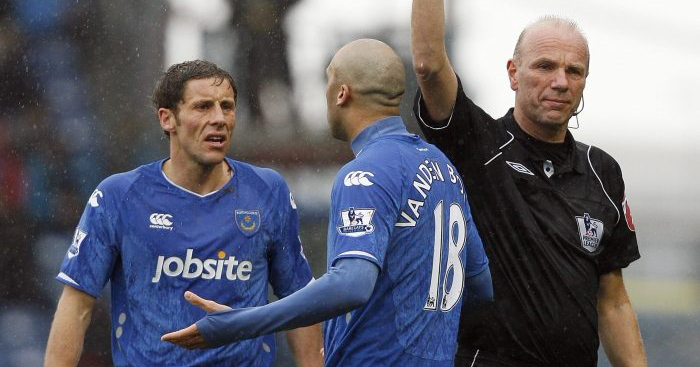 READ: 11 Football Manager stars who moved to the Prem in real life & did nothing

By summer 2009, however, the 21-year-old Belgian would become a recognisable name among most Premier League fans after joining financially unstable Portsmouth on loan.

“He’s young and a Belgian international,” said Pompey manager Paul Hart. “I think he’s at the stage where he’s threatened to do so much for such a long time that now he’s got to come up with the goods and we’re looking forward to being part of it.”

As it happened, the goods would be provided solely to Sky Sports, with Chris Kamara’s gaffe the highlight of a mostly terrible season.

After Portsmouth’s relegation, Vanden Borre was back on the move.

Absurd as it seems, Vanden Borre’s 2010 transfer to Genk can be considered the beginning of Part II of the defender’s two-part career.

Absurd because, while the transfer marked the exact half-way point in said career, Vanden Borre was still just 22 years old.

Thanks to the influence of young midfielder Kevin De Bruyne and the goals of striker Jelle Vossen, Genk won the First Division in 2010-11, with Vanden Borre playing an important part during the second half of the season.

His second campaign was less successful, with manager Mario Been criticising the right-back’s lack of application and over-reliance on natural talent.

Interestingly, that criticism appeared to strike a chord.

“My attitude irritated [Been],” Vanden Borre later revealed. “He told me I had missed a good career. It made me think: it was time to turn the knob.”

Turn the knob he did, and in 2013 the former prodigy found himself back at Anderlecht, who offered him a three-year deal — seemingly more out of sympathy than need.

Gent striker Ilombe Mboyo, a close friend of Vanden Borre, said it all made perfect sense. “In recent months [Vanden Borre] often sat at home alone,” he explained. “Every time we drove past the stadium in Brussels, he spoke about going back.

“Of course he had offers from abroad, but Anderlecht are better than those teams. Moreover, they are the team of his heart.”

That connection proved valuable as Vanden Borre soon found a second wind, enjoying some of the best moments of his entire career.

That was followed by another Belgian First Division title with Anderlecht, as well as a recall to the Belgian national team and — surprisingly — a place in the country’s 2014 World Cup squad.

Although not first choice for the Red Devils, Vanden Borre played in the third group match against South Korea, helping the team to a 1-0 win.

At domestic level, a Champions League brace against Arsenal in November 2014 capped a near-perfect year for Belgium’s forgotten man.

Of course, the story doesn’t have a particularly happy ending.

In August 2015, Vanden Borre brought his second spell with Anderlecht to a close by publicly using homophobic language to describe his team-mates.

His locker was cleaned out, and he played no further part in the 2015-16 season.

A six-month loan spell at Montpellier beginning July 2016 yielded just 10 appearances in all competitions, and Vanden Borre, then 29 years old, announced his retirement in January 2017.

That retirement lasted less than two months, however, as he signed for Congolese team TP Mazembe in March 2017.

“I know where I come from and I have my own values,” Vanden Borre said. “I am going to Congo to be close to the people. It is another way of life that suits me.”

Five games and a few months later, the defender was done, returning to retirement after finding things not so suitable after all.

So what now? Vanden Borre turns 31 this week and has offered hints that he could be enticed back to football for a third time.

“I can tell you that he is still hungry, that he wants to play football again,” teased Mboyo, Vanden Borre’s go-to mouthpiece. “If he finds something, he will work hard.”

One suspects that, this time, the ship may have sailed for good.