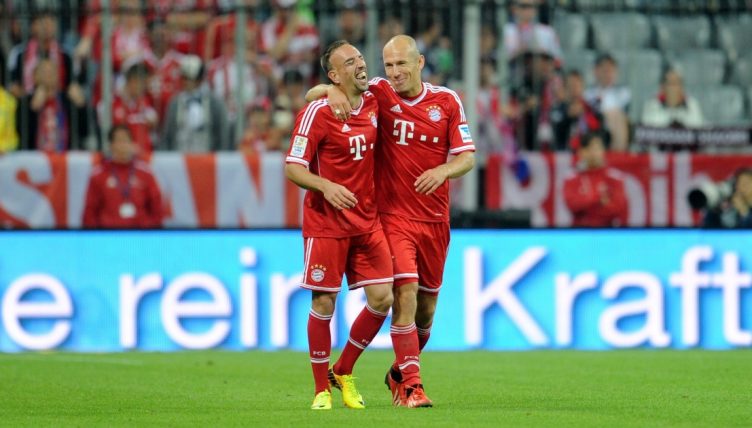 Franck Ribery and Arjen Robben both left Bayern Munich at the end of the 2018-19 season – and we couldn’t have been sadder about the end of an era.

Robben and Ribery, who became known to the Bavarian faithful as ‘Robbery’, formed a fruitful relationship at Bayern and fittingly bowed out with another Double as Bayern won their seventh straight Bundesliga title.

Robben decided to call it a day altogether at the end of the season, and while Ribery decided to carry on for Fiorentina in Serie A, both players’ careers will be largely defined by their time together in Munich.

It was August 29, 2009, when Robben and Ribery played their first game together for Bayern, with Ribery assisting Robben twice in a 3-0 victory over Wolfsburg. It would prove the start of a very successful partnership.

Ribery had arrived at Bayern first, signing from Marseille in the summer of 2007 for a club-record €25million and taking the No.7 shirt. He had come to global attention playing for France at the 2006 World Cup but remained with Marseille for one more season, which he capped off by being named France Football‘s French Player of the Year, ending Thierry Henry’s four-year run.

Robben joined two seasons later and, having already won titles at Chelsea and Real, arrived with a weighty reputation. Given that Bayern had shelled out the best part of €50million on the duo, it did not take long for the German press to coin the phrase ‘Baylacticos’.

Their instant impact didn’t go unnoticed by their team-mates. “I couldn’t keep up with them,” Mario Gomez said after Robben’s debut brace against Wolfsburg.

It was the start of a blossoming relationship. These were two world-class footballers entering their best years, and it was little surprise that they would possess such telepathy on Bayern’s flanks. The numbers speak for themselves: together they racked up 268 goals and 284 assists between them during their time in Munich.

In the space of four seasons, Robben and Ribery would share in European despair and then glory.

Robben enjoyed an immense debut season in Germany in 2009-10, finishing as Bayern’s top scorer as they secured the Bundesliga and DFB Cup double, and also scoring the crucial late away goal at Old Trafford that sent Bayern through against Manchester United in the Champions League quarter-finals.

With United 3-1 up in the game, Robben sensationally volleyed in a corner past fellow Dutchman Edwin van der Sar. The corner taker? Who else but Franck Ribery.

After defeating Lyon comprehensively in the semis, Bayern travelled to the Bernabeu to face Jose Mourinho’s Inter Milan. Both teams had star-studded line-ups and aspirations of winning the Treble.

Ribery missed the final due to suspension after picking up a red card against Lyon, and one wonders how different the outcome may have been were he available, with Inter winning 2-0 thanks to a Diego Milito brace.

Two years later, Bayern found themselves in another Champions League final, and this time it would be Robben’s turn to shoulder some of the blame.

Given it was being played at their home ground, the Allianz Arena, Bayern entered as firm favourites against a Chelsea side that had gone all the way under Roberto Di Matteo.

But the game went to extra-time. Bayern won a penalty when Didier Drogba fouled Ribery and took him out of the game. Robben stepped up but had his spot-kick saved by Petr Cech, and Bayern’s luck from 12 yards continued in that vein as Chelsea won the resulting shootout.

Bayern were naturally distraught, and few looked more gutted than Robben, who backed out from taking another penalty in the shootout.

“It was a terrible penalty kick. I wanted to shoot the ball hard and high in the goal, but the ball didn’t go high enough,” he said afterwards. “I can’t describe how I feel with words, but it’s been a terrible night.” 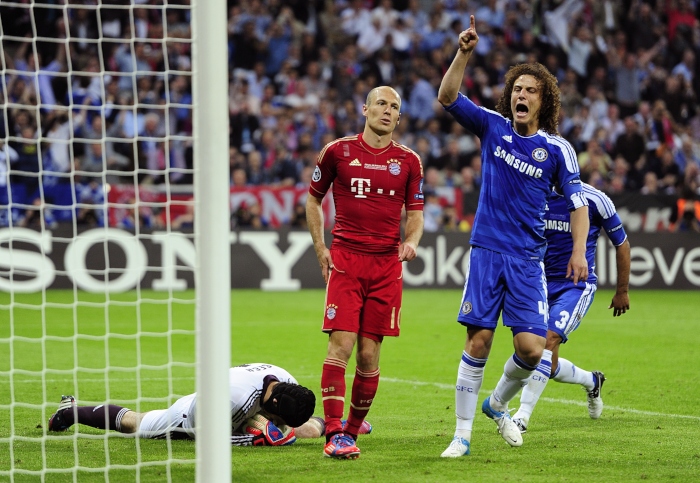 With these two finals of heartbreak ingrained in the minds of Robben and Ribery, a chance for atonement presented itself in 2013 against their fiercest rivals, Borussia Dortmund.

While Dortmund dominated the opening stages of the game, it was Bayern who ultimately pulled through and made it third time lucky. Fittingly it was Ribery and Robben who combined to score the winner in the 89th minute.

By no means the prettiest goal they would score together – but arguably the most important – Ribery’s limp backheel was picked up by Robben, who burst through from the edge of the box to scuff a shot past Roman Weidenfeller in the Dortmund net.

Robben was named Man of the Match by UEFA for his performance, and the sense of relief was as apparent as the joy on the final whistle. Those Champions League demons had finally been exorcised.

Unfortunately, it’s impossible to recount the time of Robben and Ribery at Bayern without mentioning their injury problems. While the goal and assist tallies they’ve accumulated, as well as the trophy cabinets, are phenomenal by any standards, both players began to take more of a backseat role as time wore on.

Of course, that didn’t stop either from producing something spectacular when called upon. Robben was still cutting in on that legendary left foot until the end, while the assist king himself Franck Ribery managed to create three goals in one game in his last season – after only coming on in the 55th minute.

And both stepped off the bench to score in a 5-1 win on the final day of the Bundesliga season. 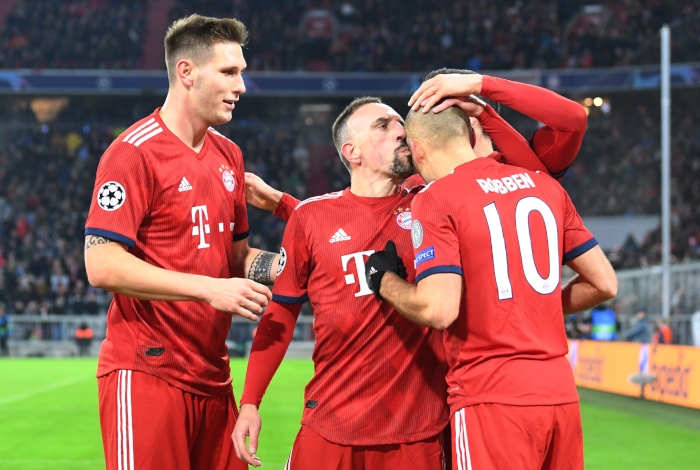 Ironically, it was a Frenchman and a Dutchman who best defined Bayern’s decade of near domestic dominance. Ribery became Bayern’s record title-winner with nine medals, while Robben joined the likes of Oliver Kahn, Philipp Lahm, Mehmet Scholl and Bastian Schweinsteiger in winning eight.

These are two players whose careers became intertwined from the moment they first stepped on the same pitch together. Like Henry and Bergkamp, or Xavi and Iniesta in days gone by, they will go down as one of football’s greatest double acts.