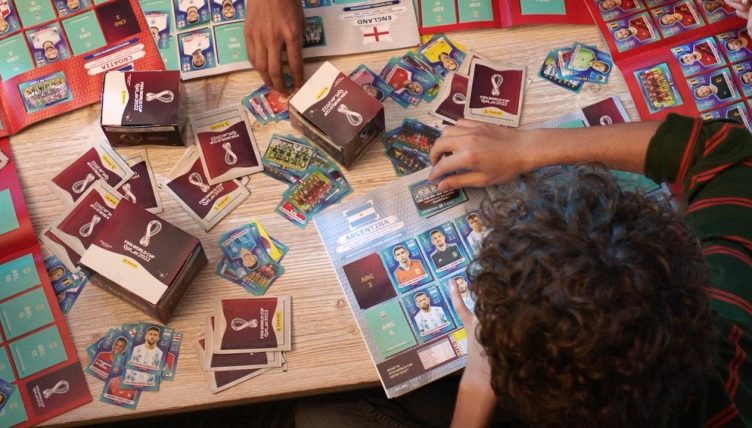 Got, Got, Need. Say it to any football fan and their eyes will light up. They say we haven’t cracked time travel, but those three words can transport any adult football fan immediately back to their childhood.

They refer, of course, to the timeless joy of sticker collecting, specifically that memory we all have of flicking through a pile of a mate’s swaps on the playground.

The journey toward completing a sticker album creates a lot of core memories – opening your first packet, getting a shiny, completing a page, the smell of the album even – but it is no coincidence that the phrase we most associate with it all relates not to buying stickers but to swapping them.

As usual, boffins (the only term that can be used for this sort of thing) have worked out the likely cost of completing the World Cup 2022 album, but while the mainstream media have predictably drawn attention to the amount it could take to do so without swapping – “if no swapping, then based on probability it will cost you £883.80” – it once again got us thinking about how cheaply we could complete the album with swapping.

“It’s 90p for five stickers and there are 670 to collect. That works out as £120.60 if you have to collect all and swap all spares,” Kieran Maguire wrote on Twitter. In other words, if you can find a one-for-one swap for every duplicate sticker you unpack, you’ll only need to buy 134 packets.

But anyone who’s ever done this before will know that not all stickers are equal. If you’ve got a shiny in your swaps pile, you’re putting a premium on it. That’s worth at least three standard stickers.

So it got me thinking: could you complete the album without buying a single packet? It might sound crazy, but I first had this idea before the 2018 World Cup and actually did really well. Enough friends were collecting that I was able to turn 31 stickers from the starter pack into more than 150 within a few weeks.

Swap events were the next step on the path to glory, but I had two very young children at the time and had made the classic new parent mistake of believing I could still have a life in those early stages. Ergo I never got to a swap event and my quest remained incomplete.

But four years on, still fuelled by that initial success from 2018, I’m convinced it can be done. So to quote the meme, ‘Ah Shit, Here We Go Again’.

This year’s starter pack, usually priced at £4.99 (I have seen it cheaper), comes with five packets, plus the six stickers – Youri Tielemans, Thiago Silva, Christian Eriksen, Jack Grealish, Takumi Minamino and Bruno Fernandes – inside the album itself. That’s 31 stickers in total.

Those six can be stuck in, but no more stickers go in until the album is completed. They are merely collateral for swap deals. In my case, it would also end the dreams before they have even begun given there isn’t a single duplicate among those first 25.

There are, however, three team line-up stickers and, amazingly, in my very first packet, a Robert Lewandowski legend sticker.

These stickers do not go into the album; they are extra collection stickers that are randomly inserted, on average, in one of 100 packets, according to Panini. There are 80 of these special stickers in total, 14 legends and six rookies printed in four different colour variants, and unpacking one plays perfectly into my strategy… 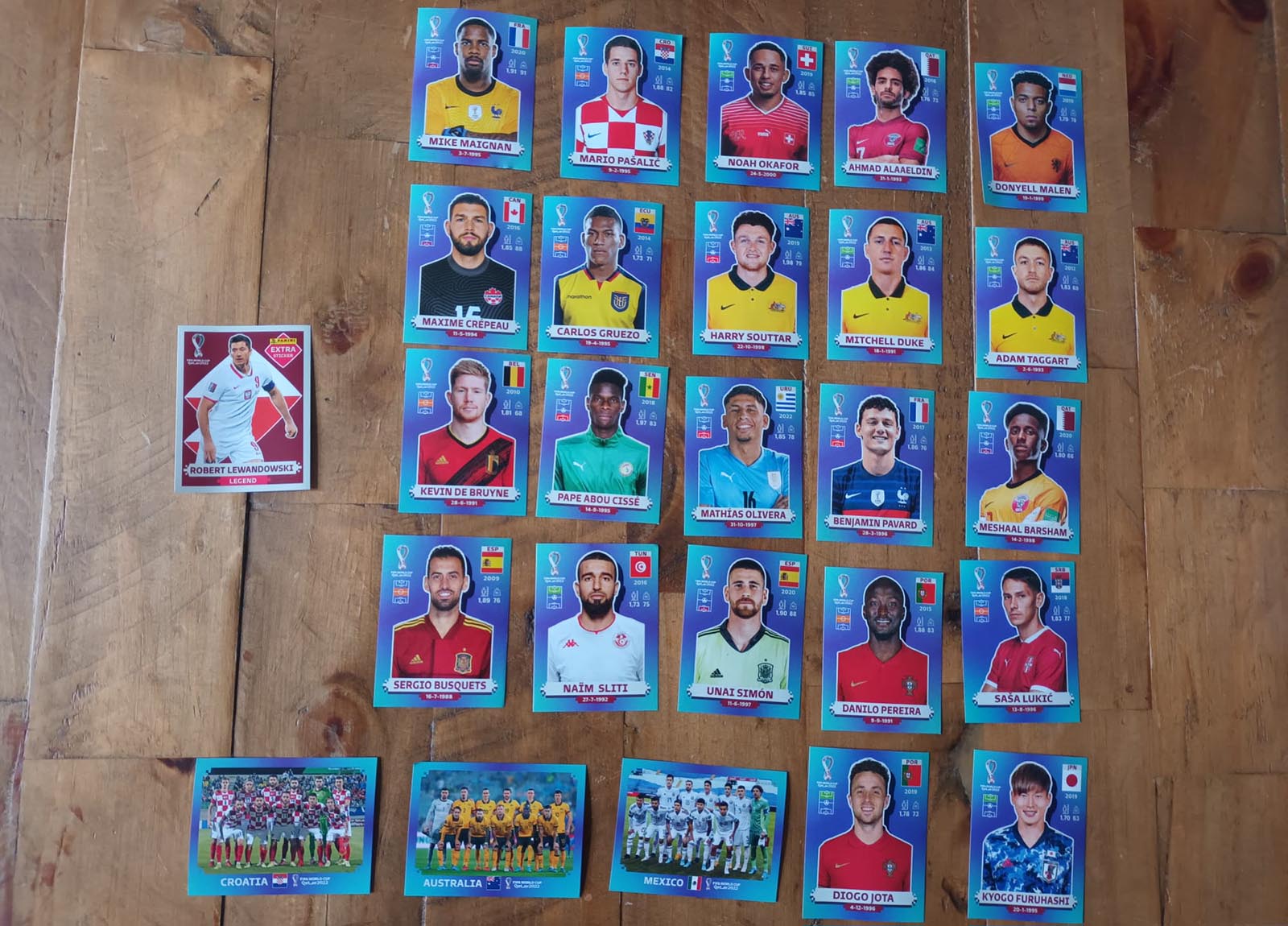 The goal is to complete the album without buying a single packet, ordering any missing stickers from Panini, or even buying any from friends. Only swapping is allowed. And these are the rules to live by if you want to try it too.

1. As stated above, no sticker, apart from those initial six, goes into the album until it is completed. Even if you get five duplicates, don’t stick one in. And, crucially, do not be tempted to stick in any that you perceive to be valuable.

2. That is perhaps the most important rule of all. We all have a memory of that one elusive player we could never find, but we need to forget the ghost stories and be open to swapping every single sticker.

3. Conversely, we need to prey on that mindset in others that some stickers are more valuable than others. Do not do a one-for-one swap if you have a Messi or Ronaldo in your hands, and certainly don’t give up a shiny or team line-up for a single sticker. Look for any opportunity you can to increase your total number of stickers.

4. Be patient. This is not going to be a quick journey, but the key is not to panic – because others definitely will. The closer people get to completing their album, the more silly deals they will consider. Just imagine someone has one sticker remaining and you have it in your hands. They will happily give you every swap they have to get it. It’s the extreme example, of course, but you’ve got to think like Harry Redknapp: you’ll do your best business at the end of the window.

So herein begins the journey. Is it possible to turn 31 stickers into 670 without spending a penny? Armed with three team stickers, a Kevin De Bruyne, and a Robert Lewandowski special, we’re about to find out.