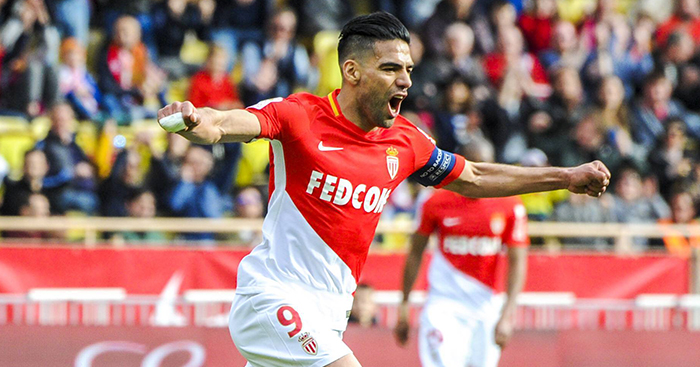 I think most would now agree that Radamel Falcao was never meant to play in England.

The Falcao of Porto and Atletico, the player with the Europa League final wonder-goals, the player that scored this unbelievable scissor kick, was a child’s impression of a footballer.

He was a striker straight out of Pro Evo, all leaping volleys and Alice bands, somehow encapsulating everything that’s great about football yet exactly the kind of caricature that rugby diehards might use to denigrate the sport.

Under our grey skies we saw only glimpses of that player. A neat header for his first Chelsea goal provided a brief moment of escapism, but even that was spoilt by Chelsea losing on the day to the league’s dedicated dream killers, Crystal Palace.

In truth, neither of Falcao’s low-fee, high-wage loan moves to the Premier League made a great deal of sense.

His 2014 switch to Manchester United was complicated by the presence of Wayne Rooney and Robin van Persie up front, while Chelsea seemed to wilfully ignore his United failures when they signed him the following summer.

But while we might have predicted Falcao’s woes, it still was disappointing, sometimes painful, to see the Colombian struggle in the Premier League.

Common sense told us we wouldn’t see many acrobatic scissor kicks, yet our childish hearts still believed, on some level, that Louis van Gaal might just field three strikers for the sake of entertainment, or that we might see a majestic flying volley against…I don’t know…Sunderland, at least.

It didn’t happen. What we saw instead was a string of late appearances from the bench, a lot of running around and, worst of all, Falcao remorsefully cutting his long hair like a Chelsea-era Fernando Torres.

This wasn’t the fantasy footballer we had seen from afar.

So why did Falcao ever choose to come here? Didn’t he already have the perfect surroundings for fantasy football in Monaco?

Monaco and its club

Two things in life are certain: death and taxes. That surely says something about Monaco, though I’m not quite sure what.

A tiny speck on the French Riviera, the country and city-state occupies less than a square mile of land. It’s barely more than a town, but what it lacks in size it compensates for in wealth: around 30 per cent of Monaco’s residents are millionaires. 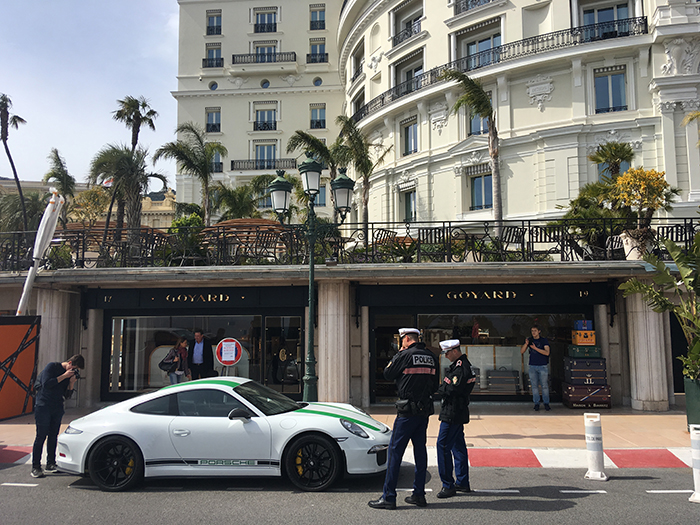 Money notwithstanding, the footballing success of AS Monaco can seem puzzling. Glance at the Ligue 1 table, and you’ll see the club, the reigning ‘French’ champions, near the top of the league, behind only Paris Saint-Germain.

But where PSG’s mega-finances complement the sprawl of Paris and its millions of residents, the similarly rich AS Monaco appears to have little in the way human resources to draw on, either for support or local talent.

Monaco’s population is just 38,400, and when Les Monégasques claimed the title last year with players like Falcao, Kylian Mbappe and Thomas Lemar, average attendance at the Stade Louis II was just under 9,500 — the lowest in the French top division and a fraction less than Plymouth Argyle in League Two.

Yet those tiny crowds were witnessing a phenomenal team, a team whose success ultimately forced PSG to shake up the transfer market last summer.

Clearly, this isn’t a normal footballing environment, and the empirical evidence is as shocking as the numbers: I went to Monaco for a day last year and saw precisely no fans wearing the club’s kit. By way of contrast, I saw one of the club’s senior players, second-choice goalkeeper Diego Benaglio, eating ice cream with his family, unbothered, unnoticed. 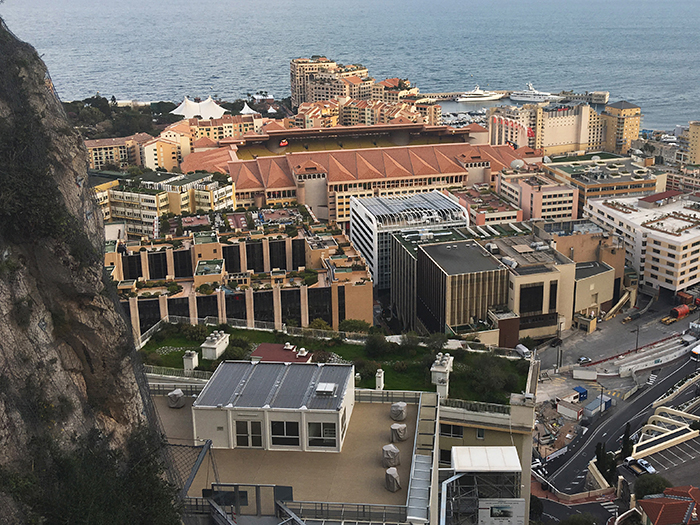 Small attendances aside, isn’t this fantasy world, this ultra-relaxed tax haven for the rich and famous, more up Falcao’s alley? Isn’t freedom off the pitch conducive to a certain degree of freedom on it?

And if so, why would Falcao ever have left the Mediterranean — even just temporarily — for rainy England?

I wanted to find out, and it seemed like the perfect excuse for an away day: Monaco vs Nantes, Saturday April 7, for which I would miss the first 83 minutes of the Manchester derby.

Preparing for the match

Even at the very first step, which involves navigating AS Monaco’s online ticketing portal, things feel a little unreal: €10 for behind-the-goal seats at the French champions.

And although the idea of rubbing shoulders with Prince Albert II in the boxes is tempting, the cheap seats are too good to pass up.

The only snag is that these seats are reserved for dedicated fans. In buying the tickets, I have apparently entered into a contract to “porter les couleurs de l’AS Monaco!”, which means I’ll need the home kit.

This presents a small problem. With the shirt costing €95, those €10 tickets are looking like a false economy.

What to do? Just get a scarf?

No, the solution is clear: in a country whose existence depends on not paying for things you would normally have to pay for, it seems wholly appropriate to buy a jersey not from the club shop, but from a knock-off market stall in a nearby town.

I’ll visit this land of millionaires satirically, in a shirt whose Nike swoosh has simply been replaced with the word ‘MONACO’. 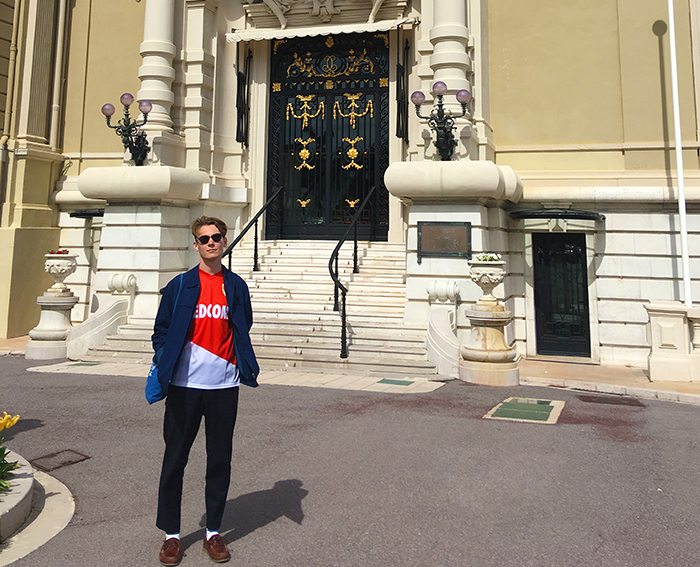 Matchday arrives, and there’s some fairly unusual stuff on the walk from the bus stop to the stadium.

Near Monte Carlo Casino, two bored-looking policemen survey a gaudy white and green Porsche as a tourist takes pictures from every angle, while down in the port area, big scaffolds are already in place for the Grand Prix.

On the other side of the Prince’s Palace, outdoor escalators serve to simplify what are actually some pretty minor inclines.

And finally, the Stade Louis II. Built in the early 1980s, the stadium is part spacecraft, part inner-city polytechnic. Nine large stone arches embellish one roofless end of the ground. 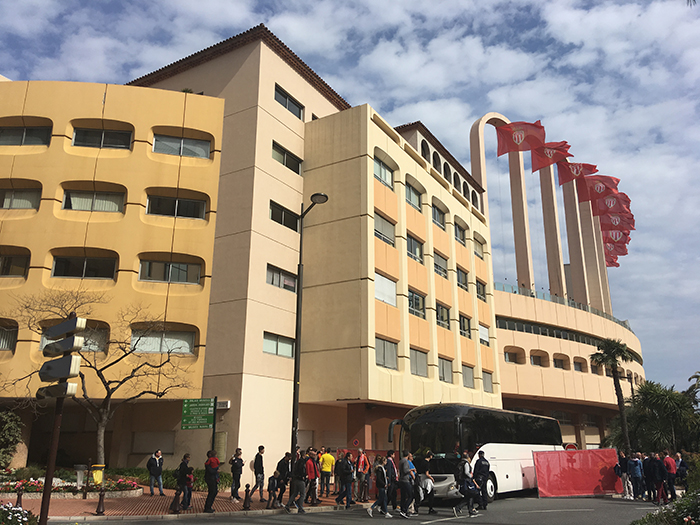 The sun is almost out. Claudio Ranieri, now manager of Nantes, is around somewhere.

Despite the relaxed atmosphere, I get a scare going into the stadium. First, the cashier at the box office sees part of my red jersey and asks me to open my jacket. “Ah, good!” he says, a little surprised, upon seeing the familiar sponsor. “It’s just, you’re in the supporters’ end, you know?”

This seems a bit odd. Surely nobody is going to care that much what other people are wearing. Will a topless Lewis Hamilton and Bono, daubed in red and white body paint, tear me to shreds for wearing a River Plate or Southampton kit?

Besides, cashier, what are the odds of this red not being the red of Monaco?

But then the exact same thing happens at the entrance to the stand. A security guard gives the unzip gesture, and has exactly the same reaction of moderate surprise.

It’s around this time that I notice my fake jersey is completely the wrong shade of red. In fact, compared to everyone’s official ones, mine is basically orange.

I’ve been stitched up. 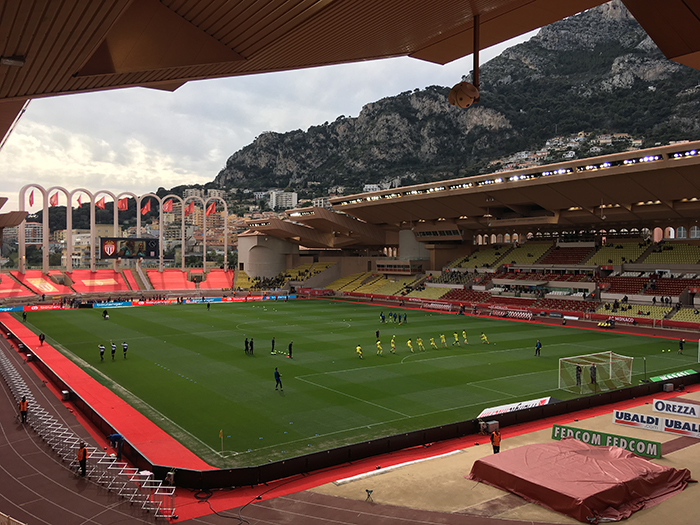 The match, thankfully, is a handy distraction. Captain Falcao starts.

It’s a little hard to gauge the atmosphere of the ground because the ultras in our section, many of whom are children, are doing the drum-banging thing. But it seems around half full, as is standard for Monaco home games, and the cheer when Ranieri’s name is announced before kick-off is heartwarming.

Nantes take a surprise lead through with a nice goal from somebody called Adrien Thomasson. Fabinho looks good for Monaco, but the first half is a struggle.

Then, right on cue, Falcao pops up to thump in a neat half-volley just before half-time. It’s not a scissor kick from a corner, but it’s good.

Minutes later, and right on the brink of half-time, Monaco take the lead. A Falcao assist and a peach of a finish from Rony Lopes.

During the match, it feels as though I might have overstated the relationship between income tax relief and footballing creativity.

Certainly, there is a friendly atmosphere at the Stade Louis II, but it’s hardly magical. Nor is the football. Nor is the city itself, for that matter, its ultra-clean high-rises literally casting a dark shadow over some of its genuinely interesting areas.

As Falcao is substituted toward the end of the match, which finishes 2-1, I wonder whether his experiences over the last few years have led him to a similar conclusion to mine: that those magic moments in football can find or elude you wherever you are, whatever the weather, however many ironic jeers you receive, however many palm trees line your villa, however many zeros appear on your pay cheque.

Away Days: Ferencváros, vein scanners and a seven-goal thriller

Away Days: Borussia Dortmund, James Bond and a dash of Cologne