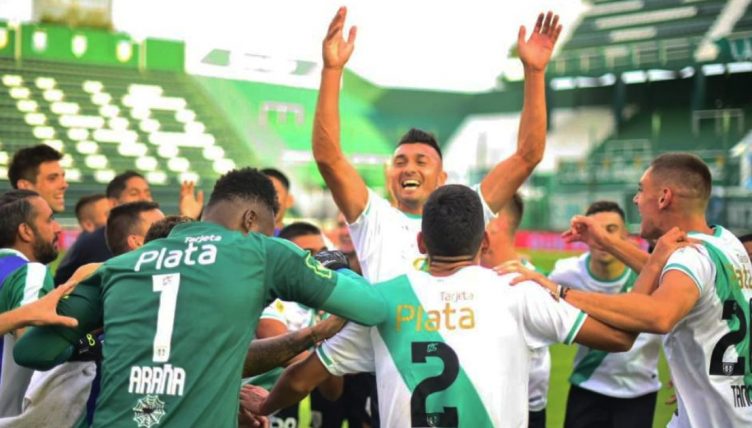 “Sport lags behind other industries in terms of innovation,” Federico Winer says halfway through our interview. And that, it seems, is the crux of the issue.

With a new project at Buenos Aires club Banfield, it is an issue that Winer and his colleagues are trying to resolve – not just for themselves, but for football as a whole. Banfield.Tech is the name of the programme and their aims are lofty.

The project, Winer says, “follows a doctrine of love and innovation for all the clubs in the world, that’s our ambition. We are creating a model, and we expect clubs to follow us. And we are happy to collaborate with them because it’s part of our open-source, agile philosophy.”

The Banfield.Tech mission to change the way football clubs interact with the vast array of technologies available to them started in November 2020 and, Winer tells me, came about in part because of the effects of the pandemic.

The club, like so many other businesses across the planet, saw their revenues drop and the majority of their workload move online, with even the players training from home via videolink.

Banfield decided to innovate. Winer is currently the CEO of a sports tracking and analytics company and a visiting lecturer and PhD researcher at Loughborough University, who are supporting the project with expertise and willing student volunteers.

First and foremost though, Winer is a Banfield supporter: “A hardcore fan, for sure. There is no day in my life that I haven’t thought a little bit about Banfield.”

Through a mutual acquaintance, Banfield’s chief financial officer approached him last year to consult on the club’s plans to found an e-sports team. What came from the consultation, though, appears to be far more wide-reaching.

The idea, he says, is to “close the digital gap in any possible way”. In the context of a mid-sized club like Banfield – who overperformed last season by reaching the final of the Argentinian Primera Division but have an income of US$15-20million a year – that can mean a number of things, from fan engagement and sporting performance to more streamlined communication practices.

The difference is that they want the entire process to be integrated across all areas of the club and open to collaboration from anyone who wants to get involved. That it is Banfield doing this before other clubs is not entirely a surprise – they have a history of progressive thinking, for example being the first club in South America to elect a female president.

Traditionally, Winer says, football clubs have not needed to innovate to keep people interested and money coming in, but with interests drifting away from football that is changing: “Football was a pretty lady in the dancing club, she never needed to make an effort to attract fans. This was true until recent times when the streaming platforms allowed people to have more entertainment one tap away.”

He says that the previous ease of attracting punters created an anti-innovation culture that has bled into football’s relationship with technology across the world and at all levels.

“I can tell you a multi-champion club in Germany that I worked with has 220 [different] systems in place. So you can imagine 220 systems, not integrated. And many times when I spoke with one manager in a department, and said, ‘What do you use this for?’, [they had] no idea.”

The idea with Banfield.Tech is to change that, not by adding another layer of new systems on top, but by creating a new culture that will look to open-source software solutions as well as, or even instead of, programmes from traditional tech giants.

At Banfield, they started simple. Before November, most staff used WhatsApp to communicate, share files and host video calls. Winer says his team recommended that the club’s staff – from the scouts and coaches to the administrators and marketing team – shift to a free, open-source software, which he estimates decreases their communication task time by 50%.

Another early initiative was the Banfield Penalty Challenge mobile game, which was developed by a member of the Banfield.Tech team – all of whom are volunteers. The game achieved 25,000 downloads in 42 countries.

Winer’s “ninja innovators” have also provided sports analytics solutions for the various teams and coaching staffs to use as they see fit. Banfield, like many Argentinian outfits, are a club in the truest sense of the word. They have 15,000 associates who vote for a president every four years and 2,000 athletes in 15 sports.

Rather than going straight in with the men’s professional football team, Banfield.Tech started with the futsal, women’s football and field hockey sides, to demonstrate they are committed to helping the institution as a whole, rather than just being interested in the high-profile element.

Winer says they are now helping select performance analysis technologies to be used in the youth academy, which he calls “one of the best in South America”. On the back of their success in the Primera Division last season, they recently agreed to the sale of Martin Payero to Middlesbrough for a reported £5.8million.

Winer hopes what they are doing will help more similar prospects emerge in future: “We want to contribute to them as an engineering team, the same way that there is an engineering team for Formula One cars. We will not decide where the car turns, we will make a recommendation out of what the coaching team need.”

The project is only just getting started. Soon, Banfield.Tech will launch a new mobile app for the club, in which fans can buy merchandise and tickets, as well as watching every home game that the club’s youth play through an artificial-intelligence-guided camera that will broadcast the action automatically.

“If we get all of our attention from the first division games, then it’s only between 30 and 40 a year,” Winer says. “While if we open this to academy level, we multiply that by six times. I don’t care if there is one person watching it because my cost to broadcast one game will be more or less the same [as to broadcast] 1,000 games.”

The need for such access and interactivity, he says, is for football to catch up to competitors as user-friendly entertainment products: “Netflix offers you 24-hour, seven-day-a-week content no matter what, right? A club should be the same approach – to offer you something new to do and see about your brand and your love, 24 hours, seven days a week.”

For Chelsea or Manchester United fans, he says, that is already available, but for smaller clubs, budget need not be an insurmountable hurdle. The way they are attracting new ideas is by implementing a revenue-sharing scheme. If people come to them with innovations that can generate cash for the club, then they will get a cut. “It’s a win-win situation,” Winer says.

Within five years, the plan is to attract more contributors who want to help with their skills as well as 50,000 paying associates from across the world. It seems a very ambitious target – overly so, perhaps – but Winer believes that the attraction lies in the fact that “we deliver you a completely different experience, we match your values, we show you what we are doing, and people are friendly to open causes”.

On the theme of open causes, he believes that the demand from fans of big clubs for such openness and transparency is there and thinks the adoption of more inclusive technology practices can help to generate it.

Without naming it directly, he criticises the Socios programme used by Manchester City and other clubs, through which fans anywhere in the world buy virtual tokens, enabling them to vote on certain decisions. Juventus, for example, allowed token holders to choose the post-goal music in the stadium.

“This is not participation,” Winer says. “This is, in my opinion, a disgusting way to engage with fans. You’re giving them non-relevant decisions for things that you really don’t care about… The hardcore fan of England will never engage in such a thing. You need to offer a deeper, more meaningful experience.”

Exactly what that means on the scale of a big Premier League club is unclear, but Winer is hoping that small and medium-sized outfits will follow Banfield’s lead.

“If you have a good server for performance analytics and video tracking, you can also probably use it for the video tracking of your security cameras. It’s all about synergies and resources.”