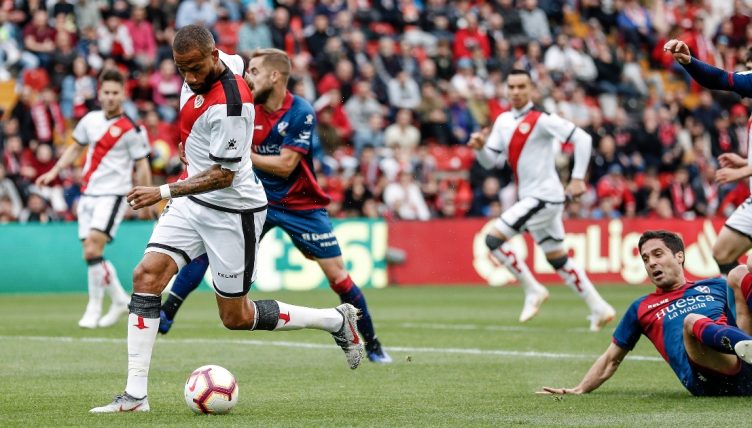 If you know anything about former Manchester United midfielder Bebe, chances are you’ll know a shorthand version of his rags-to-riches tale.

Raised by his grandmother before spending his teenage years in an orphanage, Tiago Manuel Dias Correia (nicknamed Bebe, ‘baby’, by his older brother) became a celebrity overnight after United sanctioned a £7.4million fee for the player back in 2010.

At the time, Bebe had spent just five weeks on the books of Portuguese club Vitoria de Guimaraes. Rumours that United’s scouts had only seen clips on YouTube spread across the internet like wildfire, amid half-true tales that he’d played at the Homeless World Cup.

It quickly became apparent that the 20-year-old wasn’t up to the requisite standard at Old Trafford. Suffering the indignity of being subbed off as a substitute by Sir Alex Ferguson after some of the most wildly overhit crosses you’ll ever see, told you as much. Cristiano Ronaldo, he wasn’t.

Over time, the story has inevitably been exaggerated to give the impression that Bebe was some kind of Ali Dia-esque chancer. A decade later, there’s no doubt that some will remember him as a total no-hoper lacking any ability at all. The fact that his transfer to United was later investigated by Portuguese authorities augments that idea.

Bebe might not have made it to the very top of the game at Manchester United, but he’s forged a respectable career from his humble beginnings and earned himself cult hero status at Rayo Vallecano, the proudly leftist club based in the working-class, multiracial Madrid suburb of Vallecas. 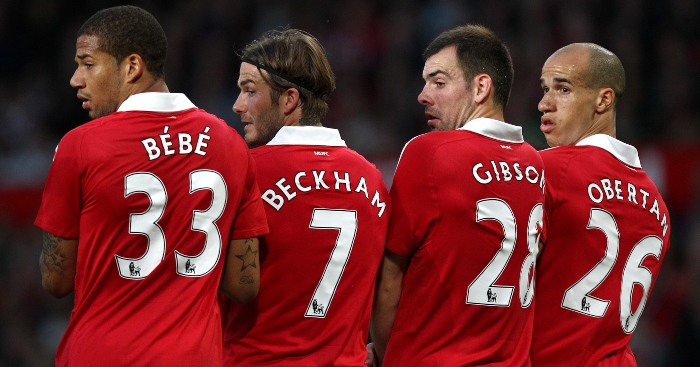 It took time for Bebe to call somewhere home, embarking on a nomadic career throughout his early 20s. He made just four appearances at Besiktas, on loan from United, in 2011-12, and then 19, back in Portugal with Rio Ave, the following season.

A third and final loan away from Old Trafford saw him produce what was arguably the best football of his senior career, registering 12 goals in 27 appearances for Pacos de Ferreira. His performances for the club earned him a transfer to Portuguese giants Benfica in the summer of 2014 – a €3million move from United that once seemed impossible from the evidence of his calamitous cameos in red.

“I remember that I was going for a United game with the youth team, and my agent called me and told me I had been sold to Benfica. It was the best moment of my life!” Bebe told Goal in 2018.

“I am a ‘Benfiquista’, it was a dream to play there because all my friends and my family supported Benfica. I did not sleep that day! I spent the whole day awake.”

He featured against Arsenal in the Emirates Cup and made his competitive debut as an extra-time substitute for Benfica in the 2014 Portuguese Super Cup, scoring a penalty as Jorge Jesus’ Eagles beat his former side Rio Ave in a shootout. But he only made one 25-minute appearance in the league for the club and soon found himself on the loan carousel again.

A half-season stint at relegation-bound Cordoba, where he debuted at Vallecas, was followed by a season on loan with Rayo, with idiosyncratic, attack-at-all-costs coach Paco Jemez at the helm.

Bebe spoke highly of Paco Jemez and was surprised and heartened to be welcomed “like part of a family“. He featured on the left side of their attack and registered three goals and six assists, including one stunning 35-yard free-kick against Sevilla that went viral on social media, invariably prompting the response: “That Bebe!?”

You can currently find him playing for Rayo Vallecano in the Spanish Segunda division. He scored a few screamers since leaving Man Utd…. pic.twitter.com/DGWXbtmXKY

During that 2015-16 campaign, only four La Liga sides scored more than Rayo – Barcelona, Real Madrid, Atletico Madrid and Athletic Bilbao – but the wildly unbalanced side suffered relegation by just a point after conceding 73 goals in 38 games.

His bright performances for Rayo were enough evidence for La Liga side Eibar to sign him from Benfica that summer. Yet again, he was only a peripheral figure over the course of 18 months with the overachieving Basque minnows and soon enough was back at Vallecas, returning for a second loan midway through Rayo’s promotion charge in 2017-18.

The Portuguese joined Rayo on a permanent deal after they went up as champions. Finally, for the first time in his career, Bebe was at a club offering him regular playing opportunities.

It would be overstating it to suggest that Bebe has suddenly become a world-beater – he remains prone to the odd shanked effort, the kind that he’ll likely remain most famous for – but at Rayo he’s established a damn impressive highlights reel that far exceeds anything he looked capable of producing at United.

His talents are appreciated, too, at a club that remains tightly bound to the community it represents.

“The best fans I’ve played in front of. They’re a bit crazy and there aren’t as many as at other clubs, but they live for their team. I played here on loan before and knew all about the club,” Bebe told the South China Morning Post in 2018.

He’s previously described Rayo as “belonging to the people on the streets”, making the club a natural fit for a player that grew up in adversity, abandoned by his parents as a child.

The club weren’t able to stave off relegation in their first season back, 2018-19, but they made a decent fist of their fight against the drop.

Bebe starred in a famous 1-0 victory over Real Madrid in April 2019, which ended a run of 17 straight La Liga defeats to their city’s Goliath, including an infamous 10-2 defeat in December 2015. Bebe also featured that day, off the bench for nine-man Rayo, when they hit peak silliness under Paco Jemez. 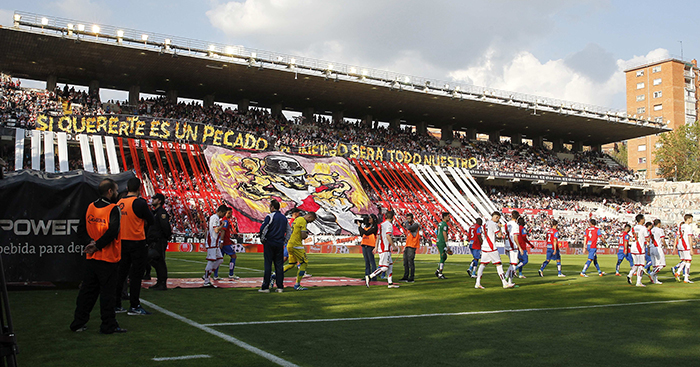 READ: The story of Rayo Vallecano, Madrid’s third team, and their fervid supporters

Having missed out on a play-off place by a point in the Segunda Division in the pandemic-hit 2019-20 season, Bebe’s Rayo are making another good go of it this season, with a squad that features Zinedine Zidane’s son Luca between the sticks and former Leicester veteran Leonardo Ulloa making the odd appearance off the bench.

The 30-year-old former United outcast has scored three goals in his last seven appearances for the club, winning vital points in their play-off push.

Having struck another trademark long-range free-kick to spark a 3-2 comeback victory over fallen giants Real Zaragoza, he then came off the bench to notch an 89th-minute match-winner away to top-six rivals Almeria before striking a late equaliser for 10-man Rayo to draw 2-2 with Albacete.

Bebe might not have turned out to be the player Manchester United fans hoped they were getting all those years ago, but he doesn’t deserve to be a punchline. Winning the hearts at Rayo Vallecano is vindication enough.