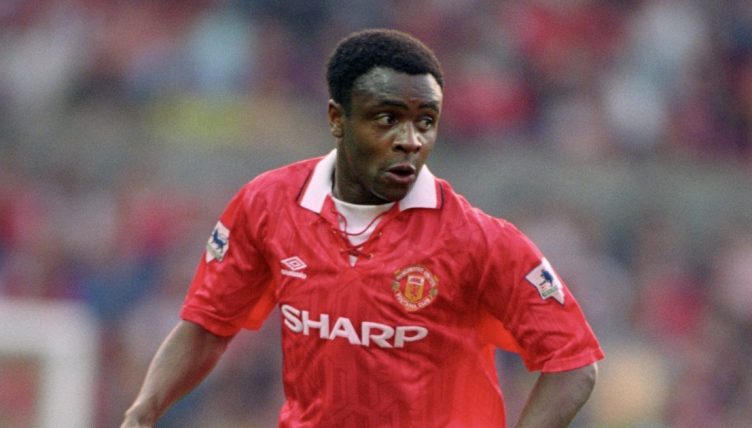 Paul Parker knows just how lucky he was to play for Manchester United – but he’s not sure too many young players today are willing to work as hard as he did to get there.

Having spent five years at Fulham in Divisions Two and Three as a centre-back, and four more at Queens Park Rangers where he turned himself into a full-back, Parker was thrust into the limelight when he became England’s first-choice right-back during the 1990 World Cup.

Even that could not prepare him for the step up at Old Trafford, but Parker became used to battling the doubters.

At 5ft 7in he was one of the smallest players in England’s top flight, but he sculpted a reputation as the best right-back in the country.

In 1989 he was racially abused by England fans during a ‘B’ international against Iceland, but he silenced the hate with his talent and work ethic.

His career was plagued by the frustration of injuries, yet he ended it with three Premier League titles, three FA Cup winners’ medals, the European Super Cup and 19 international caps. 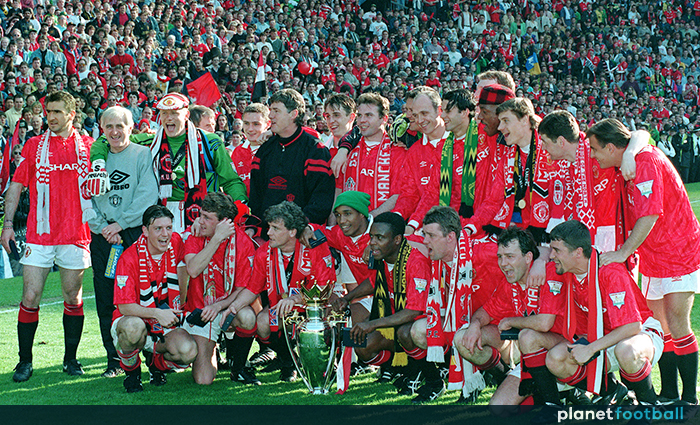 Alex Ferguson says that Parker is “without doubt one of the best signings I made as Manchester United manager” and was “adored by everyone who met him”, but the most memorable quote comes from his first captain at Old Trafford, Bryan Robson: “Paul leaps like a salmon and tackles like a ferret.”

The latter half of that description would become the title of Parker’s autobiography.

“My mum and dad came across from Jamaica and didn’t know anything about football, but they knew about Manchester United,” Parker says.

“My dad was Jamaican and a cricket man through and through, but he knew about Manchester United, he knew about Bobby Charlton and he knew about George Best. I know it made him very proud that I got the opportunity to move to what he saw as the team.

“When I signed, United were all about history. There was a big label hanging around their neck that they hadn’t won the league title in 25 years, but they were FA Cup specialists and had some great individual players. It wasn’t so much about Alex Ferguson at that point but a feeling within the club that made me want to sign.”

The first thing that Parker immediately gets across is how hard he had to work to succeed, both at Manchester United and before.

He discusses at length the impact of the apprentice system on his character, waking at 6am to travel across London to prepare the players’ kits and clean the boots before first-team training, and the lessons he learned from those bleary-eyed mornings.

He may have been 27 by the time his big move came, but Parker knew that Old Trafford was the worst place to breathe a sigh of relief.

“You suddenly realise that you’re in a team with ten incredible people around you,” he says. “You look around and think ‘Do any of these make mistakes?’ and even if they did they made far fewer than the players who I had played with previously.

“I realised I had to buck up my ideas and work even harder because if I made as many mistakes as I had at QPR then it would show up.” 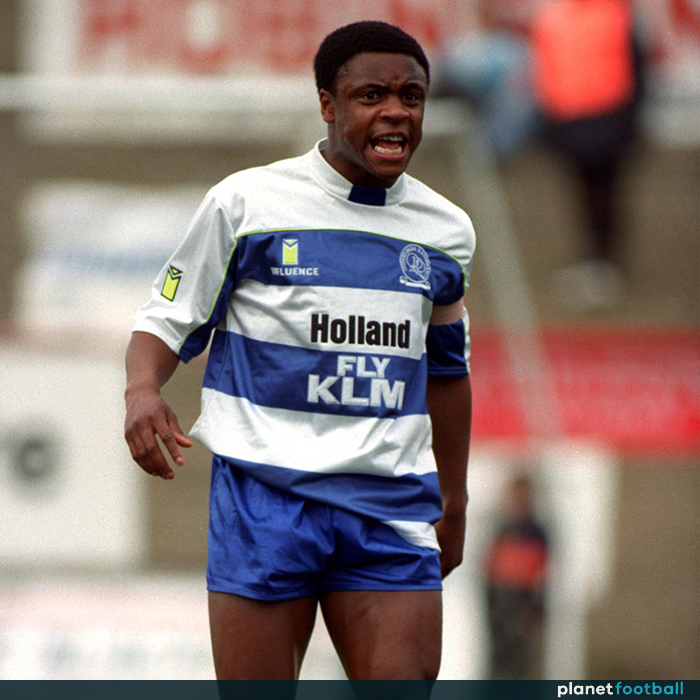 I suggest to Parker that he was a First Division full-back in a Premier League world who was, unlike many modern-day full-backs, most comfortable as the defender in a one-on-one situation rather than the attacker.

Bu he is keen to point out that the arrival of the Premier League did not signal an instant change on the pitch.

“There wasn’t a difference at all,” Parker says. “It was just a name, a branding thing and no more than that. Was the football any different? No, it was the same. It was the English players doing what we do best: Working hard, being honest, running around, tackling, being tackled, getting straight up.

“Over the years that changed, different individuals came in with different styles and different ways of behaving on the football pitch. The game changed for sure, but not in the first few years.”

One of the developments Parker saw in English football during his later career was the arrival of foreign players. Dominic Iorfa and Jan Stejskal arrived before his final season at QPR, but it was at Manchester United that he got to play with international-class imports from abroad, including Andrei Kanchelskis, Peter Schmeichel and Eric Cantona.

So did that feel any different to playing with English players? Did it change the dynamic of a dressing room?

“The fact that some of those players were foreign didn’t cross my – or anyone else’s – mind,” Parker says. “If you’d have told me then that more foreign players would come over and play in the Premier League, I’d have just shrugged my shoulders.

“In fact, it’s far better now. Children watching now are getting a better education of the game because they are watching a variety of styles, whereas when I was growing up I was generally stuck with one style.

“If I was lucky each team had one individual with their own style, but now there are so many individual styles in each of the top teams. That for me is what the Premier League is about, trying to get the best individual players in the league as we can.”

Having eventually retired from top-flight football in 1997 after spells at Derby County, Sheffield United, a return to Fulham and Chelsea, Parker initially did his coaching badges and managed in non-league football at Chelmsford City and Welling United while providing co-commentary coverage on Conference football for Setanta.

He then made the decision to move to Singapore, both to further his punditry career and become technical director of JSSL Arsenal, the most noteworthy football academy in the country.

Parker clearly enjoys his television and columnist work, but his passion lies in academy football and the progression of children into the professional game. He speaks with an almost paternal pride about the academy he helps to oversee and at getting two graduates into Fulham’s academy system.

But Parker is evidently worried about English football’s next generation.

He blames the lack of patience afforded to managers as a barrier to young players being given first-team opportunities, and the pressure from sponsors to meet KPIs and thus generate greater revenues.

Yet his harshest words are saved for what he labels as “The Establishment”, the entrenched wisdom that the Premier League is the promised land for children with aspirations of stardom. His advice is strong, but can hardly be faulted:

“Young players in the Premier League have got to choose their clubs very wisely. Don’t just look at the name, look at the manager and you’ll get a picture of how many chances you’ll get to impress.

“If a club has a history of bringing through young players then great, but only to an extent. Manchester United had that history, but I think the personnel there now makes that difficult. 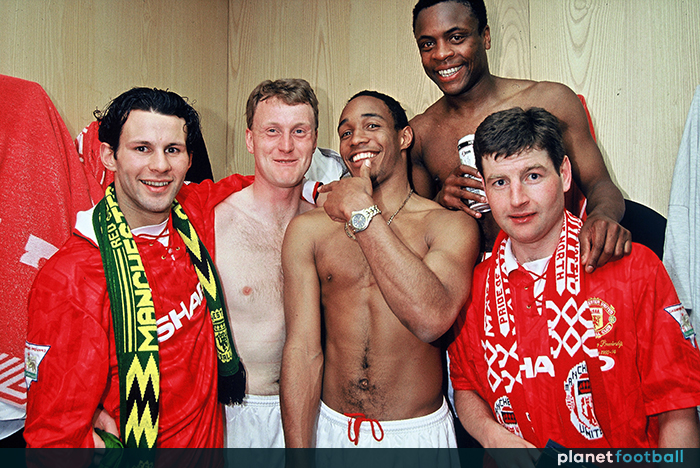 “If you can’t get into one of those clubs, like Liverpool or Southampton, drop down a division. Go to a club like Fulham, who are prepared to play 16, 17 or 18-year-olds. Make your name there, and then when an opportunity comes in the Premier League you have experience.

“If you’re 19 or 20 and still playing in a Premier League development team, give up on it. Drop down a division or even two, and play some football. Be brave enough, trust your ability and go and play.”

Parker believes English football is capable of producing the talent but not the mental resolve that goes with it to produce an international-class footballer. He points out the will to win in Dele Alli after coming through at League One MK Dons but is frank on a system that gives youngsters thousands of pounds a week before they have even been successful.

“There is a Championship side that, via the PFA, gets new cars for young players. Some of them are driving around in an AMG Mercedes before they have even played a first-team game.

“These boys are coming through and aren’t mentally up for it. They’ve lost some of their ambition because they already think it’s great being where they are.

“Being in the first team isn’t the ultimate to them but a bonus, because they already have the big club, good wage and nice car.

“We wrap young players up in expensive cotton wool, but let’s see their success rate when they come through. How many of them will have the drive to push on to the top?” 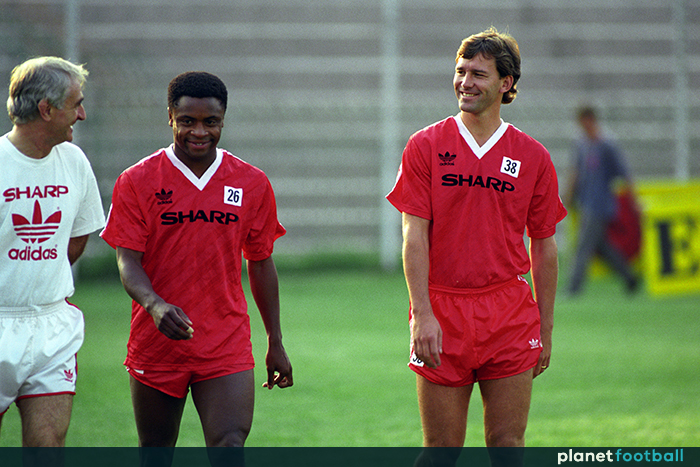 Most importantly, as Parker is keen to stress, this is not just about creating the best footballers but giving the vast majority who don’t make it a sporting chance outside of the game.

Football is a drug that captivates the young, star struck and desperate, and has a duty of care to ensure that the best interests of children are prioritised above success on both balance sheet and pitch.

“Manchester City bought a 13-year-old [Finley Burns] for £175,000 in the January transfer window,” Parker says. “In five years’ time, I’d guess that we won’t hear about that boy. Manchester City have not allowed that boy to develop in his local area. They will want him, and maybe his parents, to move near Manchester. 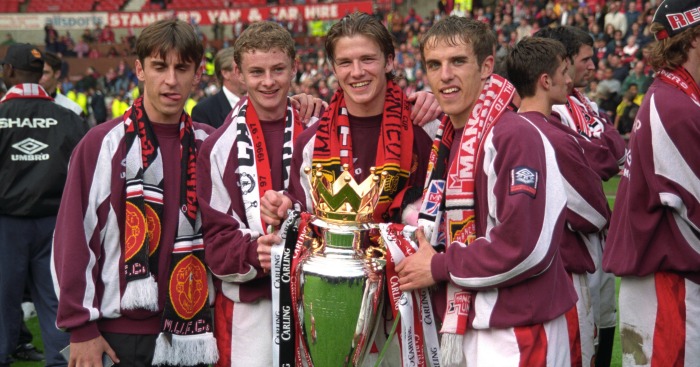 QUIZ: Can you name all 10 of these Premier League players from the 90s?

Speaking to Parker, you sense he is incredibly grateful for his career before and after the Premier League’s inauguration, and thankful too for the opportunities and experiences it gave him.

Yet he is also now detached enough to see the darker side of the league’s expansion. That’s not the grumpiness of a bitter former player but a genuine concern for the progression of English football. A concern is shared by many ex-players, coaches and supporters alike.

“Something will be done about all this when it finally comes to a pile-up. At the moment we’re building flyovers and underpasses to try and relieve the issues, but at some point there will be a pile-up,” he says.

“At that point they’ll think ‘Oh goodness, we better do something’ because they will have created a mass of robots all doing the same thing and they’re not good enough.”

“The problem is that English football isn’t getting better with this money,” Parker concludes by saying. “The Premier League is not improving as a spectacle. It’s just getting bigger.”

As the diminutive Parker knows only too well from his own career, bigger doesn’t always mean better.

This article was originally published in February 2017.