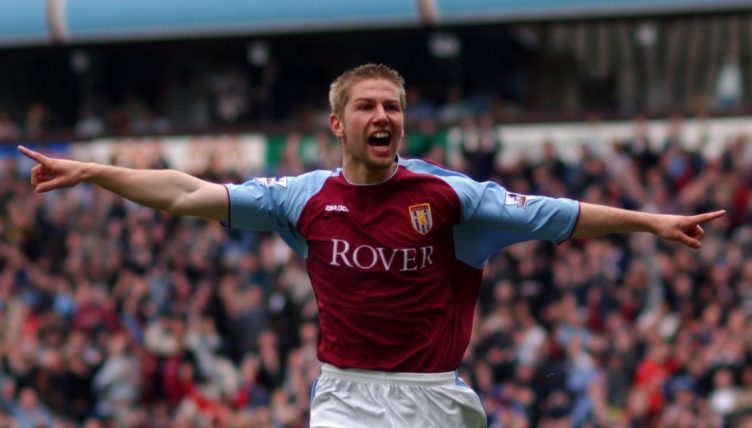 Thomas Hitzlsperger is probably the world’s highest-profile gay footballer, albeit a former one, but he was a trailblazer even before announcing his sexuality to the world.

After all, while there has always been a relatively healthy flow of players moving from the Bundesliga to the Premier League, Hitzlsperger is among a handful to have actually started their professional career in England rather than at home in Germany.

Hitzlsperger had been at the Bayern Munich academy, but in the summer of 2000, aged just 18, he took the decision to join Aston Villa.

He certainly didn’t move for the money either. He simply wanted to play football. And it was a move that paid off.

“I moved to Birmingham to become a professional football player, but suddenly you realise that this is more than a career; you make friends, learn the language, and become part of the culture there,” he says.

“The move abroad to Birmingham and Aston Villa has changed my entire life and was probably one of the best moves I ever made.” 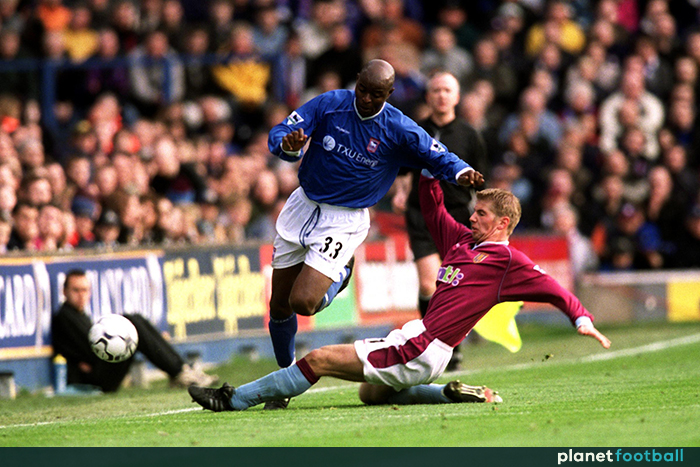 Hitzlsperger spent five years living in Sutton Coldfield, where he resided at a clubhouse among Villa supporters, and he quickly integrated himself into English life.

Living with Villa fans, perhaps it should come as no surprise to learn Hitzlsperger particularly enjoyed the Second City derby rivalry with Birmingham City.

Ignoring advice from friends not to attend, he watched the infamous 2002 game from the stands, injured, when Peter Enckelman allowed a throw-in to roll under his foot and into the net during a 3-0 win for Blues.

Eighteen months later he was on the pitch to score an absolute rocket which put Villa 2-0 ahead, only for them to blow the lead in a 2-2 draw.

“I was so hurt when Stern John scored the equaliser so late in the game, it just ruined everything.

“The run up to the game is a different preparation, the entire week, it’s in the press and everyone is talking about it, it’s not a regular game. Those are the sort of games that you look forward to and I always enjoyed them.”

Hitzlsperger’s goal against Birmingham was one of several he scored from long range for the club. He became renowned for his powerful shot, leading to Villa supporters nicknaming him Der Hammer, and there were often cries of ‘shoot’ from the Holte End whenever he was on the ball with the opposition goal in sight.

“After scoring one or two goals from long-range someone came up with the name ‘Hammer’, I don’t know who it was.

“People liked it, and I liked it. I don’t know how the whole ‘shoot’ thing started, but I just had to laugh. You like that as a player, fans are thinking about you and starting songs with your name in it.”

Much to his frustration, Hitzlsperger left Villa with 99 Premier League appearances to his name after being denied the chance of a farewell when he was left out of the squad for the final game of the 2004-05 season at Liverpool.

“Even though we didn’t have anything to play for, David O’Leary decided not to put me even on the bench. I was gutted, I wanted to say farewell to the fans after five years and a great time at the club.

“On the way to the stadium, I knew who was playing, then he said who was on the bench and I wasn’t even on the bench.

“I was furious, I wanted to leave the ground. I thought, ‘Don’t do it now and ruin everything with this,’ but I was deeply hurt, he could have given me five minutes and he didn’t.

“That was really hard to take in, my family were there and all wanted to go out into Liverpool afterwards to celebrate, but I wasn’t in the mood and I went back.” 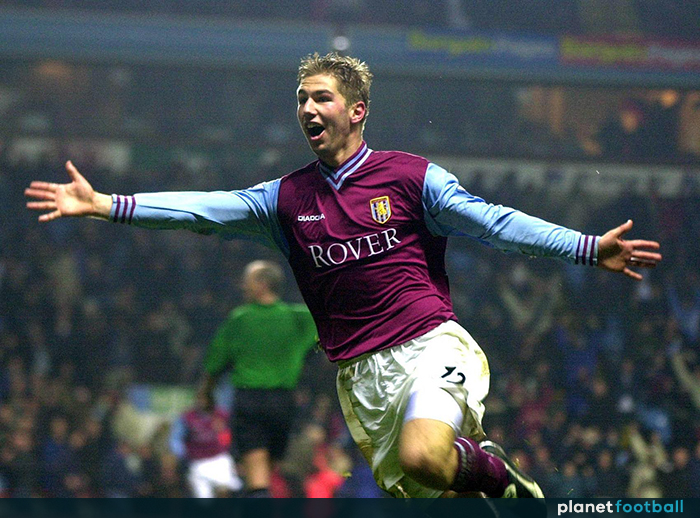 Hitzlsperger joined Stuttgart from Villa and won the Bundesliga in his second season at the club when another of his spectacular thunderbolts on the last day of the season proved crucial.

He says: “The nerves and the tension were really high because we had to defend the top spot in the Bundesliga and you could tell on Thursday and Friday in training that it had suddenly gone really quiet.

“Before that everyone was really happy, enjoying training, it was really loud and a lot of laughter.

“Then, it was like, ‘Shit! We can lose something here!’ That was the difference.

“We went 1-0 down, the stadium went quiet and I thought this is going to be tough, but when we got the equaliser, I thought from that moment on this is ours, it has to be ours.

“In previous weeks, we had come from goals down and we had that mentality, the team spirit and everything was there.

“I had never experienced it before, but afterwards it was like this is what it feels like winning trophies, and for those guys that do it over and over again, it’s just a great feeling.”

Hitzlsperger had half a season at Lazio after leaving Stuttgart before two more spells in the Premier League with West Ham and Everton, either side of a season back in Germany with Wolfsburg.

He announced his retirement in September 2013, but it was his announcement four months later that created most headlines when he revealed he was gay. Happily, it has not affected his post-playing career.

“The fact that I have come out hasn’t changed anything for me personally,” he says.

“You think, ‘Have I got a place?’ because there are always those stereotypes that people think there can’t be any gay footballers.

“Well, I’m not playing, but no one has ever said to me, ‘We can’t take you on because you are gay.’

“I work for Stuttgart, and I work for television and different broadcasters. It’s not a problem and that’s good.”

No other notable names in football have followed Hitzlsperger’s lead since his own announcement. He doesn’t see that as a problem with every case different, but the former Germany midfielder is doing what he can to get football to a point at which others will feel comfortable in discussing their sexuality.

“I focus more on what can I do to improve the environment, if anyone feels that they want to come out, so that it’s easier.

“I do a lot of talks to people to create that environment that people feel safe.”