Blair Turgott: I think, ‘Wow, imagine if I scored on my West Ham debut’ 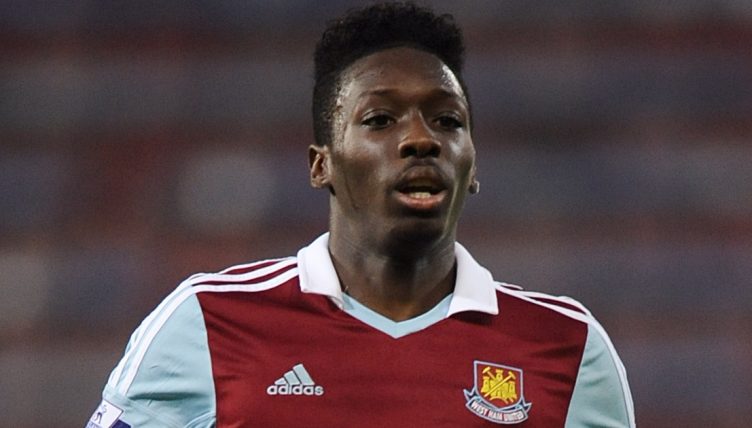 Fine margins are everything in football and plenty of players will have restless nights when it comes to their ‘what if?’ moments. Blair Turgott is no different.

A West Ham United academy product, he was inches away from scoring his first goal for the club on his debut, but it was not meant to be.

Indeed, Hammers fans will recoil in horror when they remember January 2014 fixture, a 5-0 defeat to Championship side Nottingham Forest in the FA Cup third round.

It was in the 73rd minute when Turgott latched on to a pass from Sebastian Lletget and fired a shot from outside the box that looked destined to nestle in the top corner of the net.

Just as he was about to celebrate, however, Forest goalkeeper Karl Darlow managed to tip the ball onto the crossbar. It was Turgott’s sliding doors moment.

“The ball was two inches from going in and then Forest went up the other end and scored their fourth,” Turgott says. “I sometimes think back to myself, ‘Wow, imagine if I had scored on my debut?’

“I’d actually been loan at Colchester United, where I’d really enjoyed myself, when I was recalled because West Ham had a lot of injuries going into the Forest game.”

The FA Cup clash was Turgott’s only appearance for West Ham, a club the south Londoner spent more than a decade at, having joined when he was eight.

Just over a year later, the boyhood Manchester United supporter left Upton Park on a free transfer to join Coventry City, but he fondly remembers his days in east London.

“The first time I joined in first-team training was when Gianfranco Zola was the manager,” Turgott says. “I was playing for the Under-23s when I was 16 and he used to compliment me.

“When he joined in with training, you could see straight away he was at a different level – he wanted to win, but it wasn’t just about him showing off, he was running around and putting the work in.

“I remember watching Zola on Premier League Years on Sky Sports, and here I was training alongside him.” 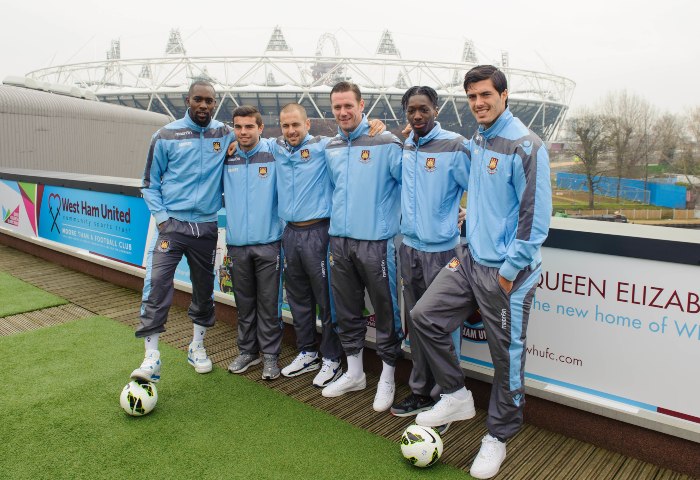 Turgott moved back to the Under-23s when Avram Grant succeeded Zola but was brought back into the first-team fold when Sam Allardyce took charge in the summer 2011 following West Ham’s relegation.

Allardyce had his critics among the club’s fans, but Turgott, a winger, has nothing but admiration for the man who went on to manage England.

“Sam gets a lot of stick because of his perceived style of play, but he delivers results,” says Turgott, who was capped by England from Under-16s to Under-19s level

“The Championship is a really hard league to get out of and teams rarely come straight back up, but he did it. He helped us massively and brought stability.

“It was amazing to see the way Sam went into the littlest of details. I won’t forget him telling me in training one day not to hit the first man when I put in a cross or I’d have to run around the pitch.

“I’ve carried that mentality with me throughout my career and whenever I’m about to cross the ball, I think back to what Sam said to me.”

‘The other side of football’

As well as a loan spell at Colchester, Turgott also spent time at Bradford City – where he was an unused substitute in the 2013 League Cup final against Swansea City – Rotherham United and Dagenham and Redbridge.

“My advice to any young player is to go out and play first-team football, ” Turgott says, “because that is how they will be measured.

“I knew the writing was on the wall for me at West Ham, so I had to impress when I was out on loan and then go somewhere else permanently to make a name for myself.”

Turgott spent three months at Coventry City before Ian Hendon – who had coached him at West Ham – signed him for Leyton Orient ahead of the 2015-2016 season.

At the time, the club was owned by the controversial Italian Francesco Becchetti, who churned through a plethora of managers under his tenure.

“I think we went through four managers when I was there,” Turgott says. “It really made me see the other side of football.

“We got off to a good start and we won our first five or six games, but then the owner got involved and started picking the team. Every day you’d go into training wondering what would happen next.”

He was rewarded with a deal at League Two Stevenage and, although that move did not work out, he relished his time at the academy.

“We all had different stories to tell about our journeys in football, so it was good to speak to Jamie, who had obviously started his career in non-league,” Turgott says.

“You wouldn’t think he was this top Premier League striker. He is just a normal guy and really humble.”

Turgott moved on to Boreham Wood and then Maidstone United before heading to Ostersunds in 2019 after technical director David Webb made contact.

Turgott was one of six English players in the Ostersunds squad, while three members of the backroom staff are English too.

The club had risen from the Swedish fourth tier to the country’s top league under current Chelsea manager Graham Potter, who also led them to famous Europa League victories against Arsenal and Galatasaray.

“I would never have even thought about holidaying in Sweden, never mind playing there, but when I come over it was July and the sun was beating down,” he says.

“Everything was extremely professional and it is a perfect place for my career, as well as being a lovely part of the world which myself, my partner and my daughter would never have seen under different circumstances.

“The only thing is the temperature during the winter – you can actually feel the cold in your bones.”

‘I could see the hate in their eyes’

Racism is a subject more pertinent than ever in football and, indeed, in society right now. Turgott has experienced anti-black prejudice both on and off the pitch.

“I remember playing at the Euro Under-17s Championship in Serbia,” he says, “and there was me, Raheem Sterling, Nathan Chalobah, Nathan Redmond and Jordan Cousins in the squad, so we had quite a few black players.

“The Serbian fans and players looked at us like animals. When we were out and about, we were made to feel like social pariahs and on the pitch there were racist gestures and hand signals. I could see the hate in their eyes.

“I spoke to my parents after the game and asked them why they hated me so much just because I am black. If they don’t like me as a footballer, then fine, but I find it crazy that someone does not like me because of my skin colour.

“There needs to be change in football which would mean there would be black people at the top who would be making high-level decisions.

“It is all about perception. I’ve had it in my career when people think just because I am a black south London boy that I like to party, or that I must act in a certain way.

“One manager had that perception of me, so I went into his office and had a conversation with him, and I think he was pleasantly surprised – he was like, ‘This guy’s actually a nice lad.’

“The problem is, though, why should I have had to prove it in the first place?”

Looking after the future

Turgott’s strong Christian faith has helped him during the dark moments in his career, while he is also passionate about making the game fun for football-mad youngsters through his Kent-based Shooting Talent Sports organisation.

“I was coming out of a petrol station in Maidstone and all these children came up to me asking for my autograph and for selfies – I felt like Lionel Messi,” Turgott laughs.

“I could see how excited they were and had an idea about putting on a football fun day for them, which is what led to Shooting Talent Sports.

“Football is the only thing I’ve invested my time in, but it is a cut-throat business. You can be the best player in the world one day, but there will be someone better than you the next day.

“Nobody will worry about you or your wellbeing, so you have to make sure the people around you are there for the right reasons.”

This interview was originally published in July 2020.

READ NEXT: Jack Collison: I was pretty much living my life on an ice machine

TRY A QUIZ: Can you name West Ham’s top 25 goalscorers of the Premier League era?