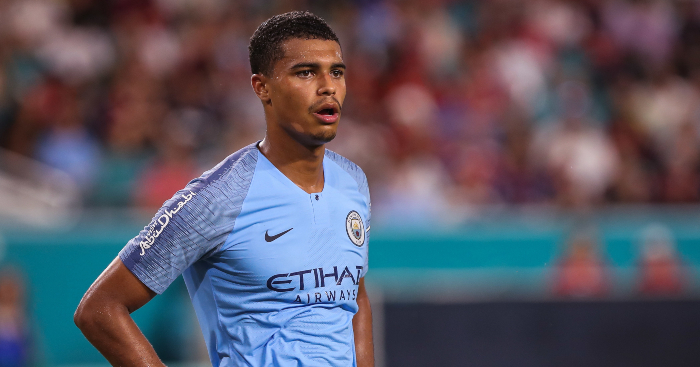 It was in the summer of 2015 that a 16-year-old Cameron Humphreys was tasked with marking Cristiano Ronaldo in front of 100,000 supporters on his Manchester City debut

Three years prior to that day, the Mancunian was turning out for his local team in front of a few spectators and maybe a dog or two. But he was soon scouted by City’s talent spotters and joined their academy.

Fast forward to July 2015, and Humphreys was called up to manager Manuel Pellegrini’s team to face Real Madrid in the International Champions Cup at the Melbourne Cricket Ground in a pre-season friendly. City lost 4-1, not that the result affected the young prospect too badly.

“To play in front of 100,000 people was crazy,” says Humphreys, who now plies his trade for Holland’s SBV Excelsior. “I think I had a good game and I played the full 90 minutes.

“I actually did a Cruyff turn on Ronaldo, I took the ball off Karim Benzema and Gareth Bale gave me his shirt after the game. It was a good experience.”

The central defender ultimately made just two competitive appearances for City, both in the 2015-16 FA Cup, before leaving the club last summer for Belgian side Zulte Waregem.

A childhood Manchester United supporter, Humphreys’ footballing talents were noticed at an early age and he spent time at both Blackburn Rovers and Oldham Athletic.

“I didn’t really enjoy it, especially at Oldham, so I went back to Sunday league because there was less pressure and it was more fun,” he says.

“City scouted me when I was 14, so I was a little bit older and felt more ready.”

There, under the tutelage of coaches Patrick Vieira and Jason Wilcox, he became a key part of the club’s Premier League 2 and UEFA Youth League teams.

“Patrick is a Premier League and World Cup winner, so you knew everything he was telling you came from great experience,” Humphreys says. “He was a good coach but very scary! He had a big presence about him.

“I remember we were playing Tottenham and he took me off after just 15 minutes. He would do that to players quite often if he felt they were not running enough or something like that.

“When I was subbed off, he didn’t say anything to me. I knew by the look in his eyes that he wasn’t happy.”

The first he knew that he would be part of City’s pre-season in Australia was when one of the player liaison officers called and asked him to send a photograph of his passport.

Humphreys had trained only once with the first team prior to heading Down Under.

“A few hours before the Real Madrid game, Brandon Barker told me that Eliaquim Mangala, who was a centre-half, was injured and that I could be playing,” he says.

“I didn’t believe him, but then we had a pre-match meeting and my name was announced as being in the starting XI.

“Pellegrini was really laid back, but he made it clear what he wanted from you.”

He started the game alongside Jason Denayer, who now plays for Lyon. The squad included Rony Lopes, George Evans, Manu Garcia and Kelechi Iheanacho, who have all also left City in search of regular first-team football.

90' for 16yo Cameron Humphreys against one of the world's best attacks. Pellegrini has shown a lot of faith in him. pic.twitter.com/tszpEfjmwS

In the subsequent season, Humphreys made his two competitive appearances for City, coming off the bench in a 4-0 win at Aston Villa in the FA Cup and the defeat at Chelsea in the following round.

Humphreys’ hopes had risen when Pep Guardiola took over as manager in the summer of 2016. He trained with the first team and was named in the club’s Champions League squad but never actually stepped on to the pitch.

Yet he is in no way bitter about his time in east Manchester.

“Guardiola is the best manager I have had,” he says. “He made things clear what he wanted from you and you felt that you could not go wrong with him.

“My experience was that most managers don’t get too involved in actual training sessions, but Guardiola was the one leading from the front.

“He was really personable and always asked every player how they and their families were. (Assistant coach) Mikel Arteta was always there to offer words of encouragement as well.

“Guardiola’s training methods were the best – it was about having the ball at your feet at all times and it was so competitive.

“I definitely became technically better with the ball and because of the level of players I was training alongside.

“David Silva, for example, never put a foot wrong and every touch was perfect. It was impossible to get the ball off him.”

Towards the end of Humphreys’ time at City, the club boasted central defenders of the calibre of Vincent Kompany, Aymeric Laporte and John Stones, meaning his pathway to the senior side was always likely to be blocked.

“I should have spoken to Guardiola about my prospect of first-team chances,” he says.

“I was too shy to say anything but knowing what I do now I would definitely have gone into his office to see what he wanted from me.”

With his contract running out towards the end of last season, Humphreys was offered a new 12-month deal but did not sign as he wanted to make his mark in senior football.

“To offer me just one year made me feel like they were not really interested in keeping me,” he says.

“Zulte had watched me in some youth-team games and I asked Vincent Kompany his advice on whether I should move there.” 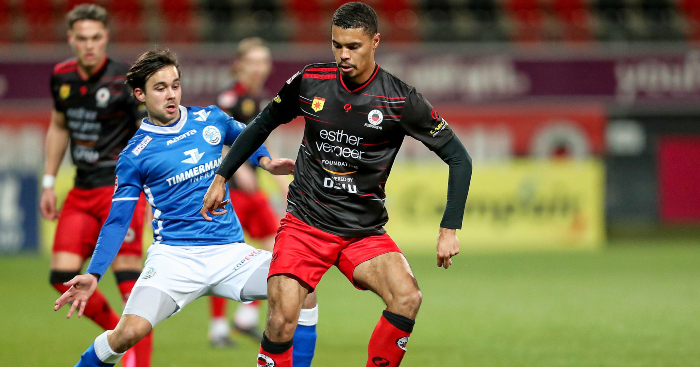 Humphreys, who signed a three-year contract in Belgium, was a regular starter at the beginning of this season but, having found himself on the sidelines through injury, was unable to force his way back into the team.

As a result, he joined Rotterdam’s Excelsior, in Holland’s second tier, on loan in January.

With the season brought to a halt, Humphreys is now back in his native Manchester, flying home before the lockdown began in the Netherlands.

And, with all Dutch leagues now cancelled, he does not know where his future lies.

“I am really not sure what is going to happen, with regards to myself,” Humphreys says. “The clubs are still talking about it.

“I am disappointed the the season has finished because I enjoyed my time at Exelsior. I would like to play in a higher division, prove myself and then come back to play in the Premier League.”