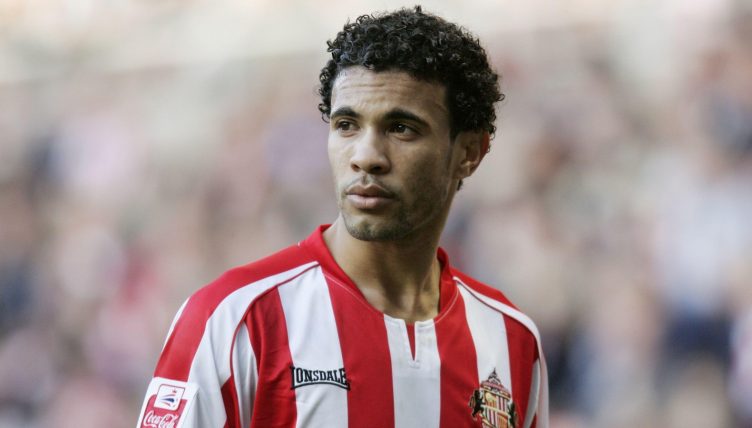 Across spells at Sunderland and Ipswich Town, Carlos Edwards played more games for Roy Keane than any other manager in his career. A fiercely imposing figure, who had achieved great success at Manchester United, he demanded the highest standards of commitment and professionalism.

Edwards knew how to earn his respect. “It takes a lot of courage,” he says. “You’ve got to have a seriously hard skin when you want to play for Roy Keane because he’s not a bullshitter. You either play with your heart on your sleeve or you don’t play at all.”

Keane signed Edwards at both clubs. The Trinidad and Tobago international, who won 92 caps for his country and represented them at the 2006 World Cup, saw first-hand how ruthless he could be. Punctuality was a basic requirement and lateness wouldn’t be tolerated, as some players found out to their cost.

“We were playing Barnsley away and he left a couple of guys – Marton Fulop and Anthony Stokes – behind because they were late for the team bus. They were two minutes away, so they phoned the captain to ask about getting the bus to wait, but he told the driver to drive off and leave them.

“He phoned up the academy to replace them with two under-18s players.”

Sunderland won 2-0 that day, their ninth victory in 11 games since the turn of the year, to continue a remarkable turnaround.

The transformation was complete in the final match of the season as they clinched the Championship title having been bottom of the table before Keane took over. His no-nonsense attitude had reinvigorated the club.

“That was the best time of my whole career in terms of being part of that team that got promoted to the Premier League and then fulfilling my dream of actually playing there,” says Edwards.

“Sunderland is a very big club and to bring that smile back to the fans’ faces was something special. That’s the kind of moment footballers live for.”

That milestone was especially significant for Edwards considering his humble beginnings and how hard he’d worked to get there. Growing up in Trinidad, he was obsessed with sports from a young age, but his ambitions were tempered by realism.

“Coming from a small island, you can dream big, but not everyone is as lucky as I am to fulfil those dreams. My dreams came true with the help of my college coach Nigel Grosvenor, who saw the potential I had to reach the next level. He was the one who always used to push me, keep me on the straight and narrow and keep me level-headed,” recalls Edwards.

“It all really started when I left college and went straight into the military. They had a professional team in Trinidad (Defence Force), so I was playing for them. I actually made my debut for Trinidad and Tobago while I was in the military in 1999.”

Within a year of that match, he had moved more than 4,000 miles from home to sign for Wrexham. His international teammate Clayton Ince had been on trial at the club before joining Crewe Alexandra and recommended to his agent that they take a look at Edwards too. They liked what they saw and signed him after three weeks.

“It was a different culture, a different climate and everything, but I embraced it. When I first came, I didn’t know what the hell I was getting myself into until I walked out of Manchester airport and thought, ‘What have I signed up for?’” he laughs.

“I was like, ‘This is mad. How can people live in this cold?’ It was the first time I’d been that far away from Trinidad, in a cold climate. Even though it rained 364 days a year in Wrexham, there was the odd time where I saw snow.

“If I’d come in the summertime for a trial, it might have been different, but because I came in the winter, I got that taste and knew exactly what to expect. I think that gave me more incentive to push even harder.”

Edwards arrived alongside another young Soca Warriors prospect in Hector Sam, and they were soon joined by Dennis Lawrence too.

All three would become key players for Wrexham, experiencing promotion, relegation and a Football League Trophy win in 2005, beating Southend United 2-0 in the final at the Millennium Stadium.

A flying winger, Edwards was exciting to watch and quickly became a fans’ favourite at the Racecourse Ground. He made almost 200 appearances for the club over five seasons and remembers that period fondly.

“It was just so lovely. The Welsh people are absolutely brilliant. Going to Wrexham was like being at home because they welcomed me and they treated me like I was one of them.

“Even 22 years later, it’s still the same. I still have a bit of banter with some of the fans and my ex-teammates.” 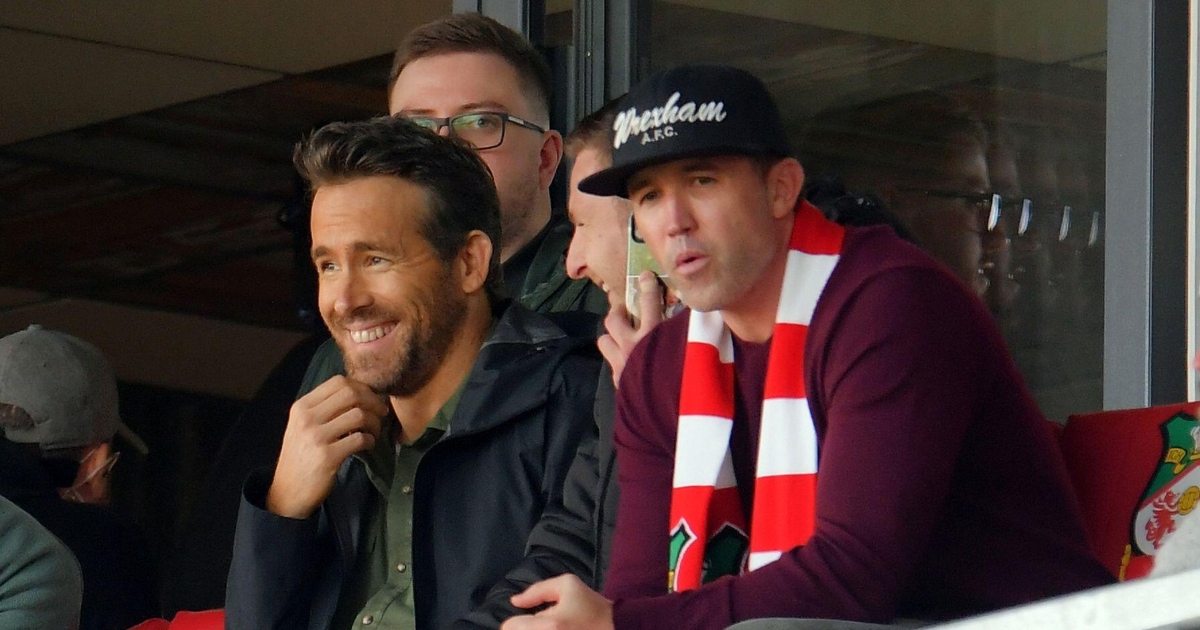 After great uncertainty and struggle, Wrexham are resurgent under their new high-profile owners. “They’ve suffered long enough. It’s a breath of fresh air seeing Ryan Reynolds and his partner come in and bring some stability to the club. It’s a unique and very passionate club with great fans. Long may it continue,” says Edwards.

He moved to Luton Town on a free transfer to progress his career, playing in the Championship for the first time. It was the high point just before the club tumbled down the divisions, sparked by an exodus of key players and mounting issues behind the scenes.

“I went into a changing room that was filled with experience and leaders and good individual players. It was a domino effect with players leaving. They didn’t invest that money and they had a serious setback.

“Curtis Davies and a few other players left before I did, and I think that’s where everything started crumbling down.”

While Luton slipped to relegation, Edwards was busy winning promotion with Sunderland. He was one of several January signings that boosted the club at a key point, giving them unstoppable momentum in the second half of the season. Roy Keane had high expectations and his team delivered.

“He was a tough guy. A lot of people see him as an angry guy, and he can have a dark side, but at the same time he has a soft side to him that people don’t see. He needs to have that dark side because, if he lets his guard down, no one will take him seriously,” explains Edwards.

“The person you see on the telly is exactly who he is. He was a very successful player and he was very successful in his first managerial appointment. You’ve got to give him credit where credit is due.”

Edwards was electric. He contributed five assists and five goals in 15 appearances, including a famous 25-yard thunderbolt to beat Burnley at the Stadium of Light in the penultimate game of the season.

Reaching the Premier League was a source of great pride, but he was limited to just 35 games at the top level over the next two years.

“I think all footballers dream of playing in the Premier League and for me to do that shows the hard work and dedication that I put in. I did it the hard way in terms of playing lower down and working my way up. It’s just something that I will always hold close to my heart.

“My injuries didn’t help the situation, but these things happen. Just to be a part of it, to play a few games and to experience it is something you can’t forget.”

In 2009, Edwards was reunited with Keane at Ipswich. He aspired to win promotion with the Tractor Boys, but they became mired in lower mid-table under a succession of managers instead. He believes a lack of stability undermined their ambitions.

“I think there was too much chop and change in personnel,” says Edwards.

Although he retired from professional football five years ago, Edwards is remarkably still playing in non-league for Bury Town, where he also does some coaching. At 44, some of his teammates are less than half his age. He admits that this will likely be his last season as the next phase of his career comes into focus.

“What motivates me is just the love of the game really. I’m not 25 anymore, but I just love playing. I don’t play week in, week out, but when I can help the lads, I will. I’ve seen, and played against, some players who I think could cut it at the next level, but I think their ambition, and what they want to do going forward, is the only thing holding them back.”

Edwards still has that drive to work at a higher level but recognises the fierce competition he faces. “Only time will tell. I love coaching, giving my experience to the lads and letting them showcase themselves so they can achieve what I did. You just have to give them that platform,” he says.

“In the world of football, it’s not what you know, it’s who you know. That’s the thing. If the opportunity comes, I might take it, but I’m not throwing myself out there for anything. I’ll take my time and see how it goes.”

READ NEXT: 14 glorious times Roy Keane has proven himself the World Cup’s MVP