How Teddy Sheringham’s son Charlie ended up playing in Bangladesh 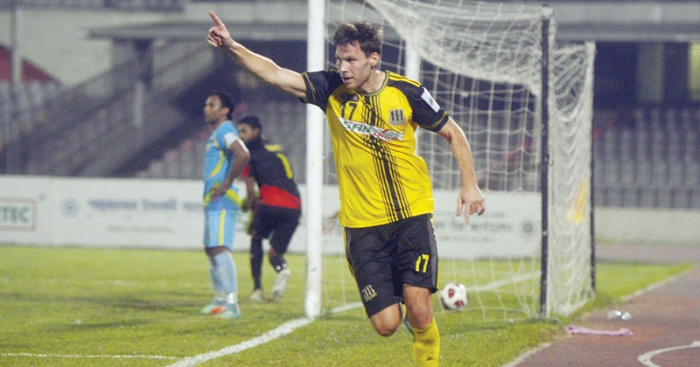 Teddy Sheringham enjoyed huge success as a player with Tottenham and Manchester United, but it certainly didn’t lead to an easy route into management – or an easy ride for his son Charlie.

Sheringham Sr. won three Premier League titles with United, not to mention the Champions League as part of a historic treble in 1999, while he is Spurs’ ninth highest goalscorer of all time.

He also won 51 England caps and did not stop playing until he was 42, but after beginning his managerial career in League Two with Stevenage, he is now in charge of Atletico Kolkata in the Indian Super League.

Charlie Sheringham initially followed in his father’s footsteps, starting his youth career with Millwall before joining Tottenham, but he has spent his senior career in the lower leagues and non-league with the likes of Welling United, Dartford, Bournemouth and AFC Wimbledon.

Then, in November 2017, he decided to make the bold move to join Saif Sporting Club, based in Dhaka.

For a player who hadn’t played north of Ipswich it was a surprising choice, but it is something Sheringham had been thinking about for a while, albeit Bangladesh wasn’t the first country he expected to end up in when he first contemplated a spell outside of England.

“When I was with Wimbledon in League Two, then Ebbsfleet in the Conference and Conference South, I thought playing abroad could be quite cool,” says Sheringham Jr. “It sounds interesting, but it didn’t come about.

“Around the time I left full-time football at the start of the year with Ebbsfleet and went on loan to Hemel, I was looking to get a job or go down the coaching route – I was doing some coaching at Crystal Palace.

“In all honesty, it was a case of ‘what am I doing with my life?’ and then I spoke to a few people about going to play abroad.

“The right offer didn’t actually come up, but it was definitely something that opened my eyes and I realised I wanted to do that. I wanted to go play full-time football somewhere abroad, get paid well for it and have a completely different life experience, rather than get a job in an office.”

The nine-to-five life was put on hold when Saif Sporting Club’s English coach Ryan Northmore got in touch and invited the striker over to Dhaka to see the club and the city ahead of a potential move, an opportunity he jumped at.

“I came out for five days, we played a friendly and I scored a couple of goals, so they wanted to sign me up. It gave me a chance to see what it was like out here and for them to see me,” Sheringham says.

“I’d played in the Conference and Conference South for many years, I knew the standard, people knew me and what I was about, and my thoughts were that it would always be there.

“If I came out and decided I didn’t like it here, I could always come back to the Conference South and I would always find a club at around that level.

“But this was just an opportunity where they are going for the Bangladesh Premier League title, there’s a chance the team will be in the Asian equivalent of the Europa League next year, it was a decent deal. 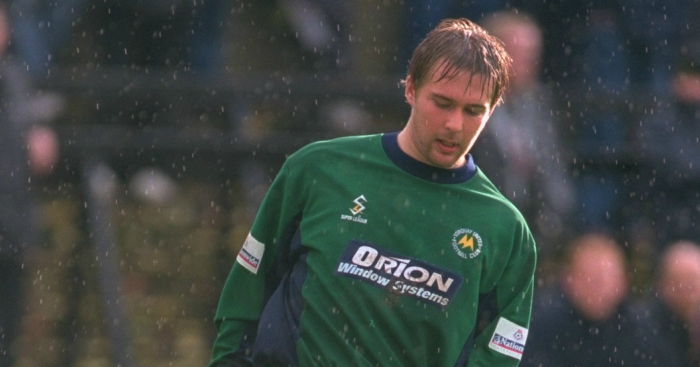 “It all happened very quickly: I signed and then a week later we were starting the second part of the league, so everything just pointed towards giving it a shot and see what happens.

“The club are definitely trying to do things the right way. The facilities aren’t like anything you’d find in England’s top leagues, but the games are televised, we play in a big stadium, train every day, all the boys are in big apartment blocks, there’s a chef.

“There’s obviously still stuff to be worked on and it’s not all hunky dory, but it’s good and it’s enjoyable.”

Perhaps unsurprisingly, the football is slower compared to what Sheringham has been used to for the last decade in the lower echelons of English football, but the standard, he says, is similar.

“It’s a bit more technical, the tempo isn’t as high as the English game,” he says. “The standard is a mixture; you’re only allowed three foreign players per team, and they are usually some of the better players in the team.

“I would say it’s around Conference standard, I wouldn’t say any higher than that.”

Sheringham has scored two in his first six games for the club, a period in which they have only lost once, so he’s settling well on the pitch and getting used to life away from it.

“It’s tough being away from home, from my girlfriend, my family, friends, but I’ve come into it in the second part of the Bangladesh Premier League, which is from middle of November until January 12, so we’ve got six to eight weeks of games, and the games are every five to six days, on average, so they come pretty quick.

“It keeps us busy, there’s not too much sitting around waiting, so there aren’t too many days off.”

Bangladesh has suffered from a number of terrorist attacks over the years, but Sheringham isn’t at all worried about living in the country and is keen to soak up the culture as well as the football.

“I was focused on the football, and because I came over, I got to see where I would be staying, what the situation would be,” he says.

“It hasn’t seemed dangerous so far, it’s been pretty safe and everything has been good, so that side of things didn’t concern me too much.

“The more time you spend here, the more you realise things are different, but it’s really interesting to see the different cultures and people and how they go about life.”

And with Sheringham Sr. also in Asia right now, he will not be short of some family time this Christmas. 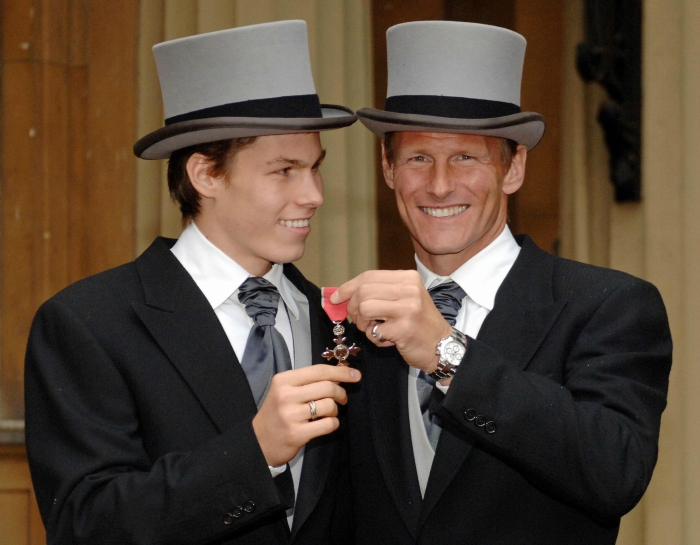 “It just so happens it’s a 40-minute flight away, so it’s not far at all from Kolkata to Dhaka. I’ve been to Kolkata and he’s been to Dhaka once each.

“It’s just a bonus that we’re close and we knew that we might not see the majority of our family regularly, we’d see each other.”

Following in the King’s footsteps: How Sheringham achieved the impossible