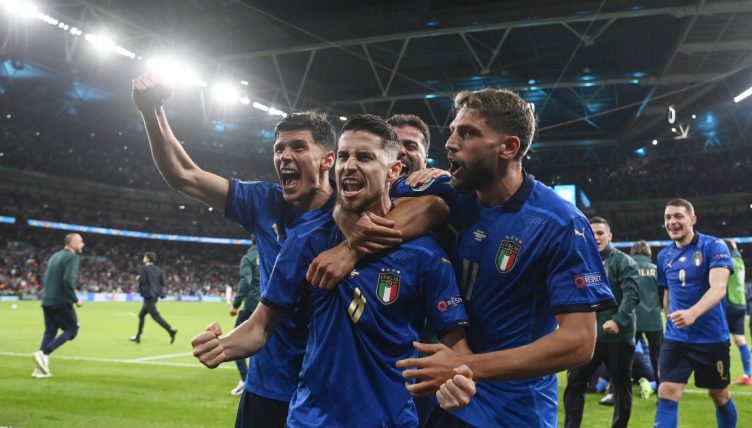 After overcoming Chelsea boos and Italy snubs, Jorginho stands on the cusp of history and international legend at Euro 2020.

He has done it silently, but Italy’s regista has been one of Euro 2020’s stand-out performers. A favourite of Roberto Mancini’s, Jorginho has lead a flawless Italy midfield to the final. There is every chance that he will win the Player of the Tournament prize after the showdown with England, although that may well depend on the man his team-mates call ‘the professor’ guiding his students to one more mammoth win.

As he hopped into the summer air beneath the arch of Wembley during the shootout against Spain, knowing his penalty kick could send the Azzurri into the final, it is easy to imagine a flashback materialising in the mind of Jorginho.

At just 15 years old he left Brazil, his family and his friends for Hellas Verona. Once in Italy, the midfielder was able to apply for Italian citizenship through his grandfather Giacomo. After three years in Verona, he was loaned out to the fourth tier, racking up 10 assists in his first season in senior football for Sambonifacese.

Seven years later, he was brought to Napoli by Rafael Benitez, but he found that opportunities were limited under the Spaniard.

Then along came Maurizio Sarri, someone who has, in some ways, been both a blessing and a curse to the maestro. The duo’s profiles rose in tandem during Sarri’s Napoli reign, earning both a move to Chelsea in the summer of 2018.

But struggles from the manager to implement ‘Sarriball’ at Stamford Bridge saw Jorginho used as an on-field punch bag, even receiving boos from Chelsea fans in a Europa League clash with Malmo that season. Despite winning the tournament in May, Sarri’s exit was inevitable. The big question was whether or not Jorginho would join him. 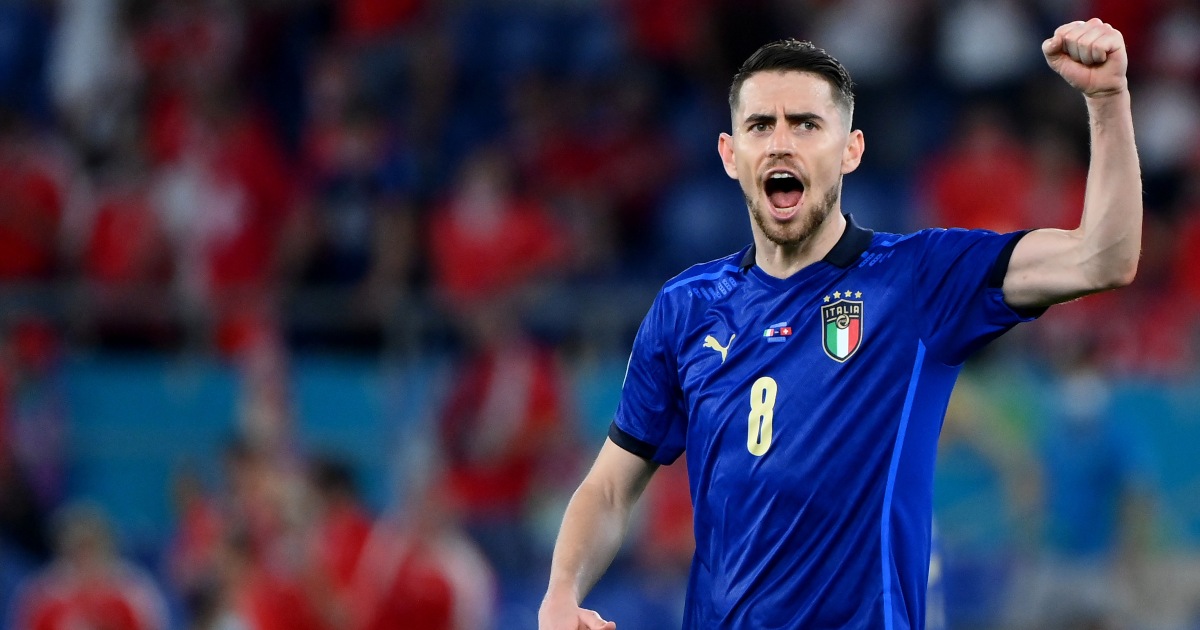 Looking back now, it was a huge moment for the 29-year-old. It would have been hard to blame him for playing it safe and moving to a club where he was far more likely to be valued, especially with the unknown of Chelsea’s next boss hanging over him.

Under Frank Lampard, Jorginho continued to be used erratically, appearing in just 42 of the club legend’s 84 games in charge. Both Mason Mount and Mateo Kovacic were used more frequently in midfield. But again, his head did not drop.

In an interview with the Guardian in the months prior to Sarri’s departure, Jorginho shone a light on his mental fortitude.

By the time of Lampard’s sacking, Jorginho was the central figure in Mancini’s revolutionised Italy. A footballing nation so often brandished as pragmatic, defensive and, ultimately, dull was suddenly playing some of the most exciting, high-tempo Calcio of anyone. At the heart of it, was Jorge.

“He is a very important player for us, as he sets the tempo and makes the whole team tick,” Mancini said of his midfield metronome before a friendly with the Czech Republic a week prior to Euro 2020.

A first competitive appearance for the Azzurri had been hard to come by, with Gian Piero Ventura only turning to him for the second leg of their disastrous World Cup play-off with Sweden. Again, Jorginho was not deterred.

Mancini’s overhaul in the three years since has been remarkable and they remain unbeaten over their last 33 matches. The fact that so few had witnessed the new Italy before this summer’s tournament has made its impact all the more intense. But Jorginho’s brilliance was already shining around the continent in the months before.

After replacing Lampard, Thomas Tuchel made Jorginho a focal point of his midfield, combining N’Golo Kante’s boundless energy with his recycling abilities. It is a combination that carried the Blues to a second Champions League title, while Jorginho even finished as the club’s top Premier League scorer.

Yet despite knowing his qualities, we have all witnessed a better player at the heart of Italy’s brilliant midfield. Surrounded by Nicolo Barella and Marco Veratti, Jorginho constantly drops into pockets of space, simultaneously scanning the final third for passing opportunities, allowing his colleagues to swarm forward.

If nothing is available, he moves it on, ensuring the opposition cannot rest. If something is available, more often than not he completes the pass to perfection. Ahead of the final, Jorginho boasts a pass success of 92.9%, higher than any other starting midfielder to reach the semi-finals.

Because Mancini’s high tempo style relies so much on having the ball, a regista of Jorginho’s class has arguably never been more important to the national side. Even a player such as his idol, Andrea Pirlo, arguably mattered less given the more defensive sides in which he played the role.

“But he can only pass,” is another odd comment often directed at Jorginho, made all the stranger by the fact that no player at Euro 2020 has made more interceptions than the Italian, averaging 3.5 per game, while his 1.7 tackles also sit comfortably ahead of both Declan Rice and Kalvin Phillips’ records.

So as Jorginho took one last glance at Unai Simon before trickling his penalty into the corner, the Spaniard foolishly toppling to his right, he will have known he was about to write his name into Italian folklore.

Even his famous technique from the spot is not foolproof. The last one he attempted under the Wembley arch was saved by Ederson in a League Cup final against Manchester City after all. But as we’ve established, Jorginho is not someone to let the past weigh him down.

While Spain may have felt their semi-final performance warranted a win, Jorginho’s performances throughout Euro 2020 are deserving of a final. Anything less would have been a travesty. The fact he booked his own place there is symbolic of his control.