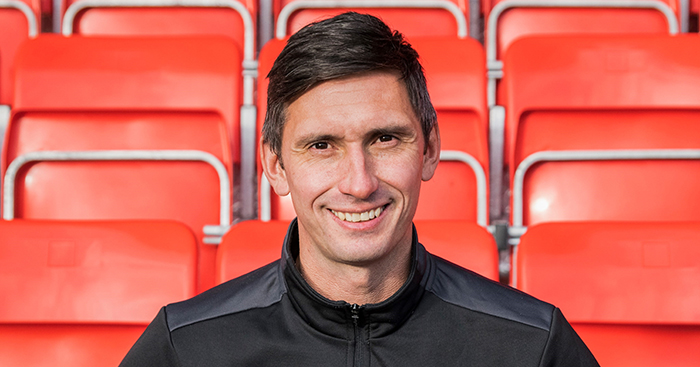 It’s no wonder there is a sigh from Chris Casper when the subject of Salford City’s spending power is raised yet again.

The National League new boys have been under scrutiny from the media and opposition supporters alike this summer, having signed numerous players from the Football League, and Adam Rooney from the Scottish Premiership.

Little wonder, then, that the majority of the bookmakers have Salford down as favourites to win the league and secure Football League status for the first time in its history.

“There is always expectancy, but it makes no difference to us,” Chris Casper, Salford’s sporting director, says. “We have our own standards and we know what we want to achieve, so what anyone else thinks is up to them.”

Salford were famously bought by five members of Manchester United’s Class of 92 in 2014. At the time, Gary Neville, Paul Scholes, Ryan Giggs, Nicky Butt and Phil Neville said they were targeting Championship football within 15 years.

And, although they have taken only one point from their opening two games this season, the dream of second tier league football looks like happening sooner rather than later.

They spent big over the summer, bringing in Chris Neal, Nathan Pond, Rory Gaffney and Danny Lloyd from Football League clubs, as well as Rooney from Aberdeen, on a reported £2,000 a week.

It prompted fury, especially on social media, with Accrington Stanley owner Andy Holt engaging in a spat on Twitter with Gary Neville.

What’s you budget Gary? You’re buying your way in, that’s the word on the street.

Not that it fazes Casper, who was appointed in January last year.

He says: “When good players became available, we would be crazy not to want to improve our club. We have a duty to our supporters and to Salford City.

“We want to move the club forward in all aspects – there is a real focus of giving something back to the community, which we feel is really important.

“Yes, we have signed Gaffney, Lloyd and Rooney, but we have also signed younger players like Kieran Glynn and Tom Walker.

“It is important that we keep that connection with the local community. Over the last year, eight or nine lads from our academy have made their senior debuts.”

With its solid ownership model, Casper is effusive in his praise for the club’s communal responsibilities – especially its Academy 92, which sees youngsters develop their football skills under the guidance of Salford’s coaches.

Also, earlier this year, the club launched Foundation 92, a charity which focuses on supporting people to improve their lives through sport.

“We will be judged on not just about getting players into our first team, but also for helping those who don’t,” says Casper, whose own playing career was curtailed by injury at the age of 24. “It’s about preparing them in their future lives.

“I am excited about our youth development programme, and it is one of the reasons why I took on this job.

“We are developing youth players, and giving young people an opportunity, just like we had at United.”

🎥 The lads have been on an FA Referee Course in a pioneering club scheme which will give them all a referee qualification and allow them to go and referee in the community!

🤔 Was it advantage played, or a red card? See how they got on below!

Like Salford’s famous five, Casper was part of their famous FA Youth Cup-winning side and was once considered to be the cream of that crop by United icon Sir Bobby Charlton.

But, after just seven appearances for United and three loan spells, he departed for Reading in 1998.

“There were some outstanding defenders around when I was trying to break into the first team,” Casper says.

“You are talking about players like Gary Pallister, Ronny Johnsen and Jaap Stam, but I have no regrets whatsoever.”

Following early retirement through injury, Casper coached non-league Team Bath, managed Bury for three years and also coached at Bradford City and Grimsby Town, before embarking on a role with the Premier League, where he helped develop and implement the Elite Player Performance Plan (EPPP).

Now 43, it is clear that the philosophy he learned at United has had a major influence on his post-playing outlook.

“The most important thing is having that work ethic and wanting to improve.

“Everyone has difficult times in life – I was injured at 24 and didn’t play again. It was a very tough part of my life, and at the time I struggled to deal with it, but you have to move on.

“It is about building character.

“There were lads who came through with me at the academy at United and whether they played hundreds of games for the first team, went on to play for other clubs or moved into a different career, they all really succeeded at what they did.

“They achieved the maximum and that had to do with the culture they were brought up with at United.

“A club has to have a competitive environment, with not a second wasted. Everything at United was done for a purpose – it was ingrained in us.” 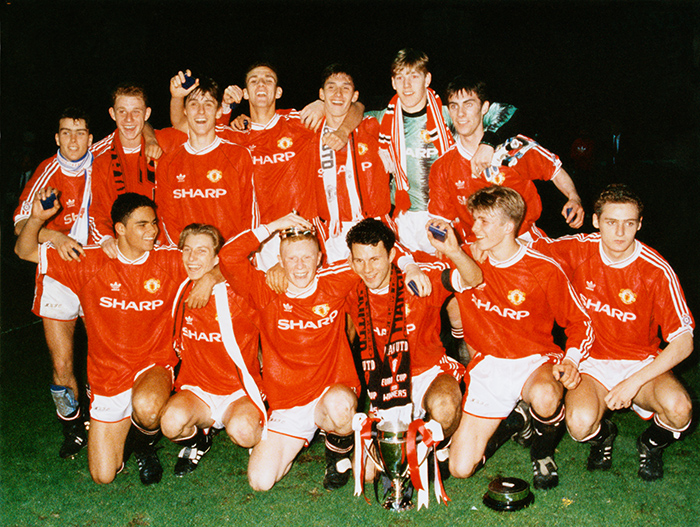 Casper, whose father Frank is a former Burnley player and manager, had no qualms about taking on the role at Salford when approached by Gary Neville.

“Gary showed me the plans and it was an opportunity that I really couldn’t turn down.

“I wake up every day excited to be part of the club and to help move it forward.

“It is a cliché, but we have to take one step at a time. It is about growing all aspects at the club, which is the most important thing as far as I am concerned.”

As well as a glut of new faces at Salford, the club also appointed a new manager in ex-Fleetwood Town and Scunthorpe United boss Graham Alexander.

“Both him and (assistant manager) Chris Lucketti bring a good standard to the club and we are hoping they will implement the experience and success they’ve had in their careers.

Graham Alexander reflects on a disappointing evening for Salford City.

While Casper is guiding Salford in the right direction, there is one man he can turn to whose advice is second to none – Sir Alex Ferguson.

The former United manager was especially kind to him after he suffered his career-ending injury, inviting him to spend a week at the club when he was undergoing his rehabilitation.

“He does an unbelievable amount of work which people don’t always recognise,” he says.

“Because of his background and where he came from, that work ethic has never left him.

“If he thought you weren’t in that mould, or didn’t put your best into everything, he wouldn’t give you the time of day.

“But if you give everything, he will help and support you and that is what he did for me – it is what he is all about.

“The reaction from everyone in the public when he fell ill earlier in the year, whether a United fan or not, was an example of the respect and admiration he has around the world ”