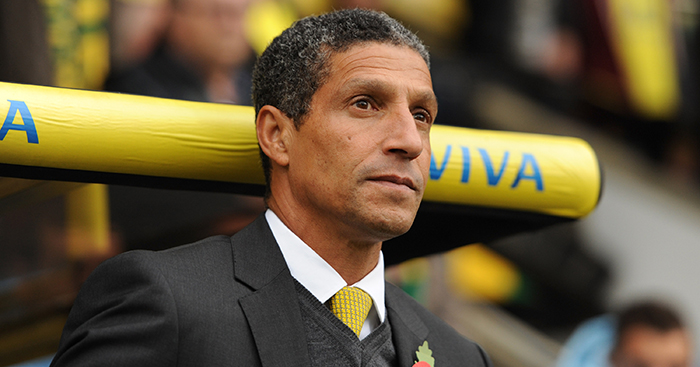 Chris Hughton describes being sacked by Newcastle United as “unfortunate” but says being let go by Norwich City was his “hardest period” as a manager.

With Brighton & Hove Albion currently 12th in the Premier League and more than likely needing only one more win to ensure their survival, Hughton has once again proven himself as one of the brightest British or Irish managers around.

However, the 59-year-old is well aware of how quickly things can change having been sacked by both Newcastle and Norwich at times when outside observers at least felt he was doing a commendable job.

At Newcastle, Hughton led the club to the Championship title in his first season as a manager and had them sitting in 11th in the Premier League when he was surprisingly sacked in December 2010.

Having turned around a club that was up for sale and had just been relegated, the former Republic of Ireland international was understandably disappointed by the decision, but looking back now he speaks with no ill-feeling.

“Newcastle had been through so much in my time here,” he says.

“At the start of our season in the Championship we were in a position where we didn’t know who the owner of the club was going to be, whether I would stay as manager for the long-term and which players would stay.

“So my job in the first few weeks was trying to deflect attention away from all the political stuff that had the potential to affect the players, and it quickly became apparent that I had a dressing room fully focused on the job in hand.

“One of the keys to success that season was we had a group of lads who made the conscious decision to play their way back into the Premier League rather than looking for a quick route back by leaving. 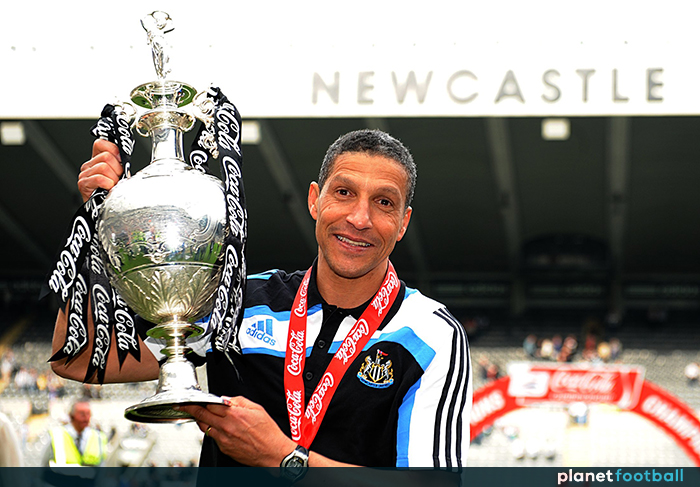 “It was not easy because every Championship team looked on the Newcastle game as their cup final. We were the scalp everyone wanted and teams raised their game against us, so we did well to overcome that.

“I was disappointed by how it finished, but I am not the type of person who looks back on what has gone. I have had a great reception when I have gone back to Newcastle and the success we had that season will live with me for a long time.

“What happened in the end was unfortunate, but that is the job we are in.”

Hughton speaks rather differently about his experience at Norwich, however.

He took over a club preparing for its second season in the Premier League, but having battled against relegation for most of the season, a 3-2 win at Manchester City on the final day of the 2012-13 campaign propelled the Canaries to an 11th-placed finish.

The next season, again battling relegation, Hughton had them five points clear of the relegation zone with five games to play when the board took the decision to roll the dice in search of the clichéd new manager bounce.

Norwich lost their next three games under Neil Adams and were subsequently relegated despite taking four points from the last two fixtures.

“The hardest period I had as a manager was in my second season at Norwich,” Hughton says.

“We finished 11th in the Premier League after my first year at the club and if I am being honest, we probably over-achieved.

“We won a game at Manchester City on the final day of the campaign that propelled us up the table and the expectation after that was that we could push on and do even more the following season.” 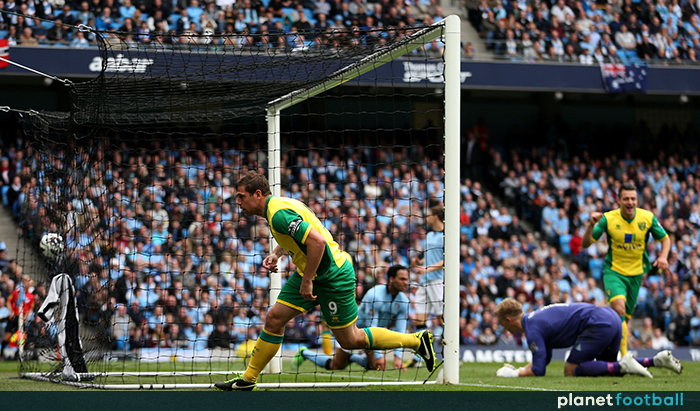 Even now, Hughton tries to shield himself from what is being said about him and his teams, good and bad, but he was well aware of the pressure being put on him from outside of the club towards the end of that season at Norwich.

In the end, he believes it was that external pressure that pushed the board into making the decision they did.

” I knew the pressure was building for a long time before I left the club,” he says.

“It is only when you have a run of poor results that you start to consider what is going wrong and have a broader view of the everything around you, but I have a policy of never reading newspapers and that has served me well.

“You are aware that negative things are being said when your team are losing, but the less you know about it the better.

“Sadly, some people involved in the game are affected by what the media or the fans are saying and that is when decisions are made after a few poor results.

“That is the way the game has gone and it won’t change any time soon.” 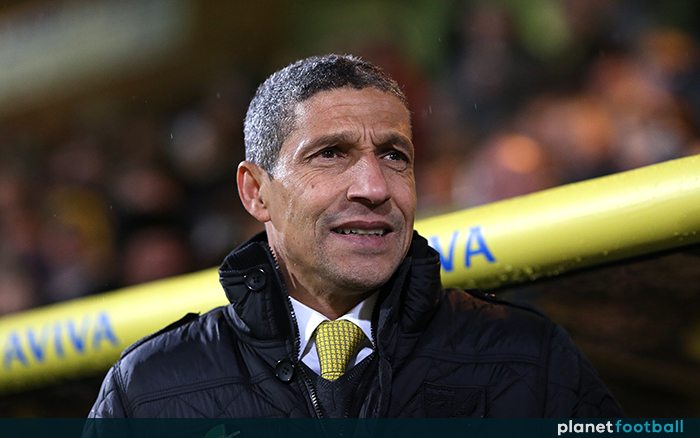 Hughton speaks of an inevitability that he will be sacked again at some point, but he acknowledges neither he nor any manager can complain.

“None of us like the demand for instant success, but we know what we are getting ourselves into when we come into it, so I suppose we can have no complaints about the way the game has gone.”

At Brighton, however, he believes he is working for owners perhaps less likely to be swayed by what people from outside of the club are saying.

“I am enjoying my time at Brighton,” he says. “It was a good fit for me. I was keen to work with owners who had realistic expectations.”