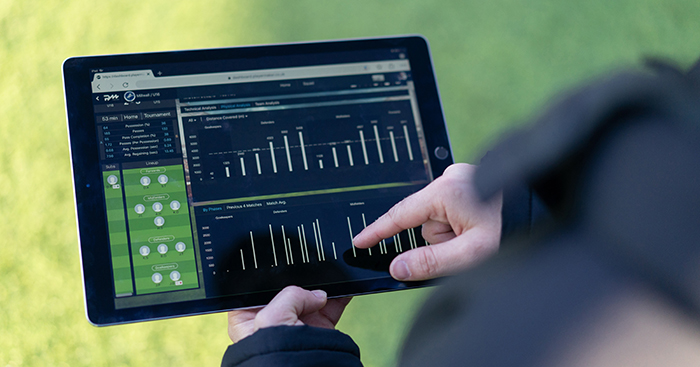 Football clubs using technology to analyse performance is hardly news, but now a new product is allowing them to track their players’ every step – literally.

Whether it be having their heart rate tracked during training, their distance covered in a game logged or even their fat levels taken on the first day of pre-season, the days of footballers being able to get away with anything other than the maximum effort have long since disappeared.

It would require an entire article just to list the many ways in which players are monitored nowadays, and this data helps inform decisions on everything from team selection to the intensity of training sessions and even the make-up of their post-game recovery shakes.

Rarely does a month go by in which there does not come news of a new product aimed at providing clubs with even more insights or a more efficient or cheaper way of collecting them.

Playermaker does all of those things. A lightweight motion sensor that straps to the back of a boot, the device is not only a quick and cost-effective way for clubs to track their players’ movements and actions, it also provides insights not currently available from any other technology. 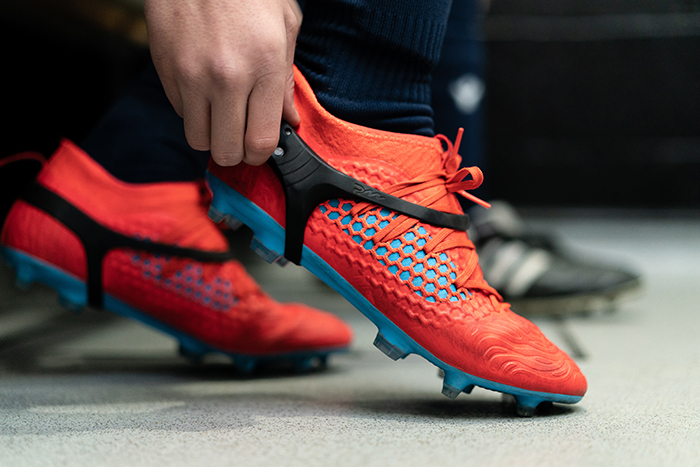 Among the hundreds of metrics the device collects, Playermaker’s capability to detect every single ball touch, for example, is unique.

A coach can view the average release time for every player, how much one-touch possession they have and the percentage of times they use each foot, helping raise their awareness of any technical weaknesses. As the name of the product suggests, this can be particularly useful at academy level.

“When you talk about Under-12s, for example, being able to see their dominant and non-dominant leg usage is significant,” Yuval Odem, Playermaker’s chief operating officer, says.

“You can fix a player in the first team with a non-dominant foot, but when they are younger it’s crucial to their development.”

The Playermaker sensor’s algorithm was “trained to play football” by a group of around 80 players who used the device for a year and is able to recognise the difference between similar ball-player movements such as passes and kicks, allowing it to provide the most accurate information.

But it does not just provide technical insights.

It also collects physical data like distance covered, top speed and number of sprints, ordinarily collected by GPS systems, and intriguingly, provides tactical insights such as how long it takes a team to regain possession and each player’s passing network.

The ability to see so many metrics on a single platform is one of PlayerMaker’s biggest selling points, and clubs including Fulham, Millwall and AFC Wimbledon have been using the product over the past year.

Each of them is likely to have a different set of metrics that are relevant for each of their teams from the youths through to the seniors.

“We provide a unique technical assessment of the player, to measure their skills or traits,” Odem says. “You can use it every day, everywhere for every age and get KPIs on each player.

“There’s a different metric system relevant to every age. A first-team coach, for example, would put more emphasis on a passing network, the pass combinations between the players, or kick velocity because it’s related to preventing injuries which becomes more significant at first-team level.

“We have different packages for different age groups to different levels of clubs.”

Discussions with several top clubs are ongoing about them taking the product, and Odem expects “a very impressive list of great clubs” to be using it come next season.

He anticipates further improvements to the system in time but says not only the number of insights but also the speed at which coaches are able to view them and the way in which Playermaker can be used alongside video software are proving extremely useful to clubs.

“We’re always learning and improving from our relations with top clubs in Europe and them using the system,” he says.

“The feedback is almost instant (coaches can view insights within a few minutes of an action taking place) so it improves communication between coaches and players. 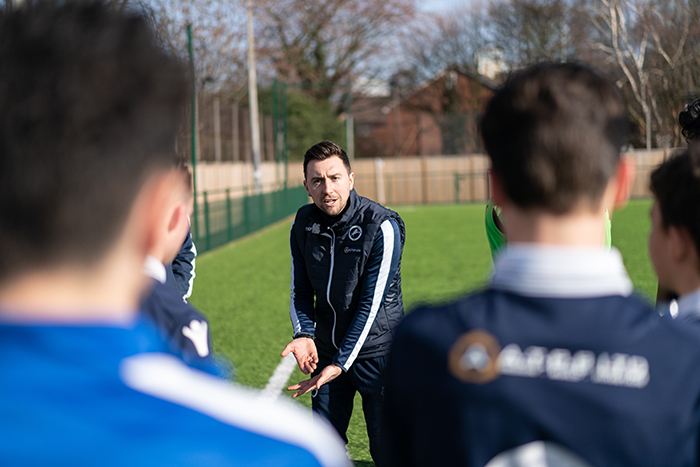 “They can talk straight away about the numbers to be more clear about things. A coach can ask a player to use their non-dominant foot or play quicker, things like that.

“We can also integrate our database with video which allows a club to generate clips based on our data that show all a player’s successful passes for example.

“The coach can see all the possessions of this player within five minutes of the match and see what this player should have done differently, what he should do next time to improve.”

For all those clubs using Playermaker, every small step taken by a player could be a giant leap for their sports science departments.