For Lionel Messi, it must feel like he’s climbed out of the frying pan and immediately been engulfed by the flames of the hottest fire.

The club season has ended and he has escaped the media circus that surrounds him in Barcelona. For a while at least, the speculation about his future can be put to one side.

Yet he has landed in Argentina to join up with his national team and prepare for a Copa America that is to be played in the midst of dual political and public health crises in Brazil, which has only been confirmed as host at the very last minute. What’s more, it is a tournament that could come to define Messi’s legacy with the Albiceleste.

Whether this Copa America should be going ahead at all is doubtful. It was originally scheduled for June and July 2020 as a transitional tournament. To be played just a year after the 2019 Copa America, in which Argentina fell valiantly to hosts Brazil in the semi-finals, it was shoehorned into the calendar to mark the shift of the tournament to a four-yearly cycle that would see it coincide with the European Championships.

It was also bizarrely split over two countries, Colombia and Argentina. For Messi, it was a chance to play a major tournament, or at least most of one, on home soil. But logistically it made no sense. There are 5,300km, two time zones and the equator between Buenos Aires and Barranquilla. While the former would be in the middle of the Southern Hemisphere winter the latter would be basking in the heat of a Caribbean summer.

Then the pandemic came and, like the Euros, the Copa America was postponed until 2021, supposedly to allow time for the situation to improve. Only it did not.

As the rescheduled tournament approached, punitive government tax reforms in Colombia worsened the economic situation of people already terribly affected by the pandemic and sparked protests which were violently quashed by security forces, leading to over 50 deaths so far. And in Argentina, the number of Covid cases and deaths tragically shot up in April and May.


Colombia was the first to back out as host, and for a while it seemed as if the entire tournament could move to Argentina. Eventually, the Argentinian government decided the pandemic was too bad. A national lockdown was announced and the moment deemed inappropriate for putting on an international football tournament.

In stepped Brazil: less than two weeks before the first game, the tournament was moved to the country that hosted it in 2019. Relocating the competition from Argentina, which is enduring a terrible time with Covid, to a country where more than 460,000 people have died from the disease has sparked huge waves of criticism. One Brazilian senator referred to it as the “championship of death”.

But Conmebol were desperate for the Copa to go ahead, and Brazil’s far-right, pandemic-denying president Jair Bolsonaro intervened to make sure it would. On Monday, May 31, Conmebol’s official account tweeted: “Conmebol thanks the president [Bolsonaro] and his team, as well as the Brazilian Football Confederation for opening the doors of that country to what is today the safest sporting event in the world. South America will shine in Brazil with all its stars!”

Quite how Conmebol have worked out it will be the “safest sporting event in the world” is anyone’s guess – and all the criticism directed at them and the Brazilian president is entirely justified. The morally correct decision would have been to cancel. But for the players, the fact remains that the tournament is going ahead. They will have to do their utmost to get to Brazil fully prepared.

For Messi, there is extra significance to this tournament, even though it is not being played in his homeland as he might have hoped. He will turn 34 during the Copa America, so it could be his last realistic chance of achieving the one thing that has eluded him throughout his career – a major international trophy. 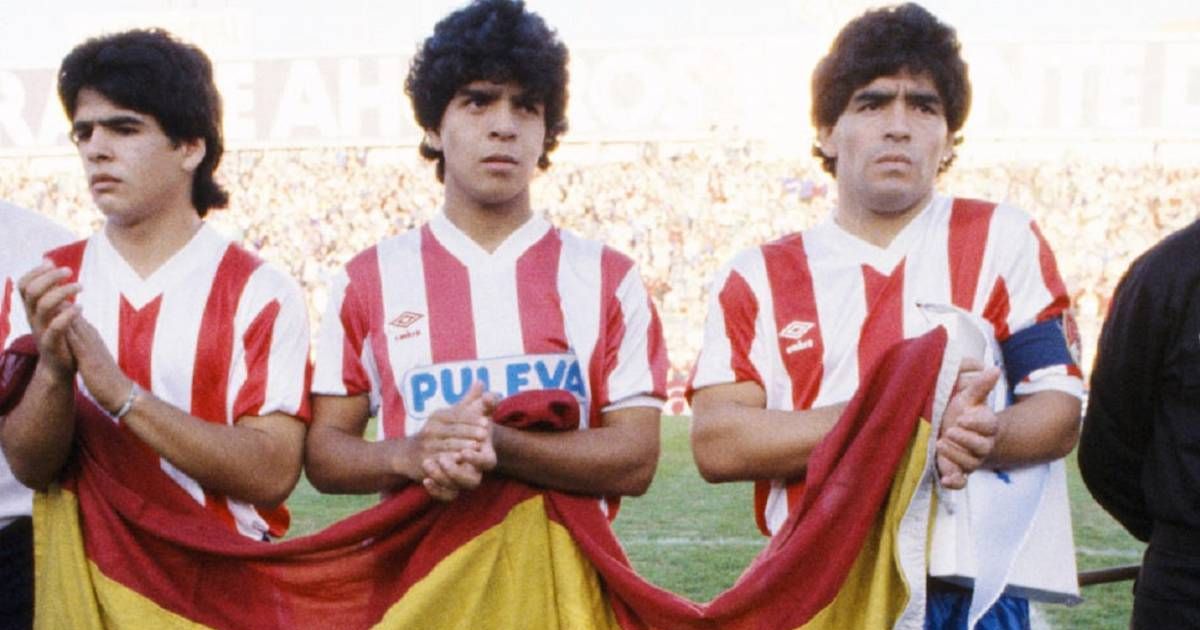 READ: The story of the day all three Maradona brothers played for Granada

At next year’s World Cup, the Barcelona captain will be 35 and Argentina will not be among the favourites to lift the trophy. By the time the next Copa America rolls around in 2024, he will be 37 and, as painful as the thought is, may not be playing professionally any more.

Despite all his glory at Barca and all his individual brilliance, Messi’s supposed failure at international level has long been used by social media numpties as a stick with which to beat him. That is unfair – for a long time he has essentially carried his national team on his back, as he has Barcelona over the last couple of seasons. He has reached four finals with Argentina, the Copa America in 2007, 2015 and 2016 and the World Cup in 2014, and cannot take sole blame for the defeats, two of which came on penalties.

But the only way he will really knock that reputation for choking with Argentina on the head is by winning a shiny cup. That, perhaps, is why his current national team manager Lionel Scaloni said in a recent interview with Ole that Messi is the Argentine player “who most wants to win, who losing hurts the most, I have no doubt”. The fact Messi asked to sit out Barcelona’s last game of the season to be ready for the Copa suggests Scaloni’s assessment is accurate.

And even though the late change of venue will not be beneficial, the 12-month delay to the tournament may actually have helped Argentina’s chances of lifting the trophy. Granted, they have not been able to play together a great deal in the last year – their last game came in November – but this is a young and relatively inexperienced team and the few games they did have together gave them a chance to gel.

In tough ties against Ecuador, Bolivia, Paraguay and Peru last autumn, Argentina drew one and won three, showing progress each time and reinforcing the impression that Messi has a solid understanding with his younger, more energetic strike partner Lautaro Martinez. With Martinez, Nicolas Gonzalez and Joaquin Correa all chipping in with goals, they also appeared a little less Messi-dependent.

“The young lads have a great desire,” Messi told the Argentinian national team’s official social media channels after joining up with the squad, “the older players too, the same or more. Something really nice was generated [during the last qualifiers]. There is a very united group that works together in this era that Scaloni has started. We are forming a very good group, and that is the important thing, to create a strong group.”

Before the Copa America, those declarations will be tested with two more tough World Cup qualifiers: first against Chile in the northern Argentinian city of Santiago del Estero, then, as fate would have it, against Colombia in Barranquilla.

After that, the Copa gets underway with another game against Chile, the venue of which is yet to be defined. Argentina are in a five-team group that also features Bolivia, Uruguay and Paraguay, with the top four going through to the quarter-finals. Progression, then, should not be an issue. The serious stuff will start after that.

Colombia are usually a threat but are coming off some terrible form in the World Cup Qualifiers and are without talisman James Rodriguez. Uruguay are always dangerous and have both Edinson Cavani and Luis Suarez in lethal form. Brazil, meanwhile, now have home advantage but, having won the Copa in 2019, may see this extra edition as a chance to experiment before the 2022 World Cup.

And so the scene is set for Messi to have another real go at breaking his national team hoodoo. The opportunity is coming in circumstances that are far from ideal, but that will surely not diminish his desire to finally hit a high note with the sky blue and white shirt.