Crossley: Brian Clough made me play Sunday League to teach me a lesson 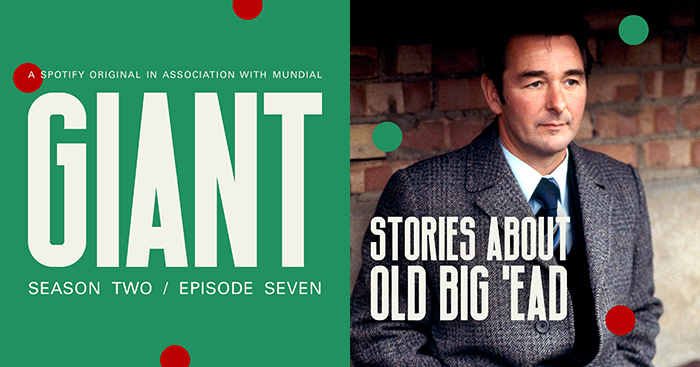 The name Brian Clough is likely to evoke a specific memory from every football fan: the European Cup glories; the time he gave one of his own supporters a left hook; the message for Leeds United’s squad to “throw your medals in the bin” after just being appointed manager.

All these stories help to form the legend of Brian Clough: The Greatest Manager England Never Had, but the idiosyncrasies that made Clough such an enigmatic character often cloud the fascinating man behind the (sometimes apocryphal) tales.

Clough was a man whose unique approach to management inspired both Derby County and Nottingham Forest from the doldrums of the second tier to the title of champions of England – and, in the case of the latter, the champions of Europe.

His charisma and man-management were unrivalled, so much so that even Muhammad Ali felt threatened by “some Briiiiinnne Clough”.

The seventh episode of the second series of GIANT, the MUNDIAL-produced Spotify Originals series of audio documentaries, sees Seb White travel to the Midlands to chat to those who worked closest with Clough, from European Cup winners Kenny Burns and Ian Bowyer to young upstart Paul McGregor, who later swapped a career in football for life as a rock star.

The star of the episode, however, is once again Mark Crossley. Former Forest goalkeeper Crossley gave a fascinating insight into his remarkable penalty-saving record in an earlier episode and is once again on top form when discussing one of his earliest experiences of working with Clough.

Crossley initially started the 1988-89 season as Forest’s fourth-choice goalkeeper but was parachuted into the team thanks to a combination of transfers and illnesses.

Within the space of a week, he played in a 2-1 victory over reigning champions Liverpool, kept a clean sheet in a 1-0 win over Newcastle United, and was between the posts in a 3-2 success over Coventry City in the FA Cup.

“I’m so proud I’ve played in three games and won my first three games,” Crossley says. “I turned around in the dressing room and said to all the lads, ‘I’ll see you on Monday,’ thinking that Sunday, naturally, is just a day off.

“Cloughie said to me,” at this point Crossley adopts an admirable Clough impression, “‘My office, shithouse’ – he used to call me shithouse – ‘I’d like a word with you.’ 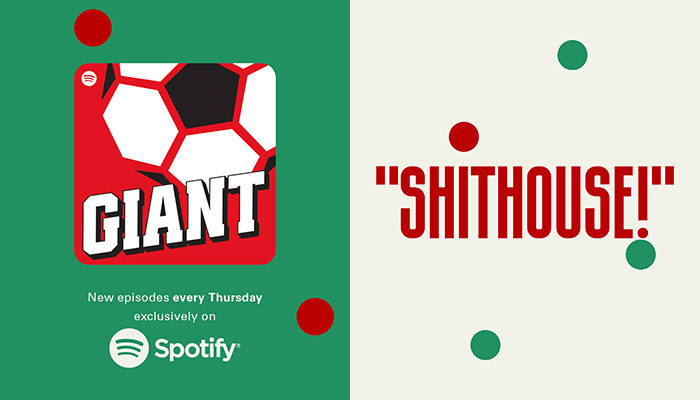 “I went to his office and he said to me, ‘Where do you think you’re going?’ I said, ‘I’m going home.’ He said, ‘My house, tomorrow morning, nine o’clock. Bring your boots, and it would help if you bring your gloves as well.’

“I walk up the drive, knock on the back door, and his wife answers the door. We go in the kitchen. She says, ‘Brian’s upstairs, he’ll be down in five minutes.’

“He walks in. Rugby shirt, green sweater, blue trackie bottoms. He’s got a pair of wellies on and a tennis racket in his hand. He looks at me and says, ‘I won’t call you shithouse because Barbara’s here, but I’d like to say thank you, son.’

“I said, ‘What for?’ He said, ‘Thank you for agreeing to play for my son Simon’s team this morning in Division Five of the Derbyshire Sunday League, son. They needed a goalkeeper and I thought you’d do.’

“I thought, ‘Is he winding me up here or what? It’s Division Five Sunday League football. I’ve just played against Coventry in front of 30,000 the day before.’”

Crossley duly did what he was told, but the surprises didn’t end there.

“I look over to my right-hand side and running the line is Archie Gemmill. A double European Cup winner is the linesman. I’m like, ‘What’s happening here?!’

“The next minute we score again, 4-0, and I get the shout, from the manager. He’s about three pitches away, hitting the tennis ball for his dog to fetch back. I drift over to where he is and I’m looking at him.

“The game is going on. He looks at me and he goes, ‘Shithouuuusse,’ at the top of his voice, then he gives me the famous Brian Clough thumbs up, clap above his head, hands behind the head. As I put my thumb up back to him the other team score!

“The team who we were playing against complained about a ringer, which was me. They got fined £50 for playing a ringer and got the points taken off them. Brian Clough took the £50 out of my wages at Nottingham Forest to pay the fine.

“There you go, that’s how to bring someone back down to Earth.”

Listen now to Stories About Old Big ‘Ead. From the moment you hear the love with which Paul McGregor talks about his former manager, you’ll be hooked. Plus, it’s worth it if only to hear some laudable impressions of Clough from everyone interviewed.