Crystal Palace are building a future off the pitch; they can do it on the pitch too 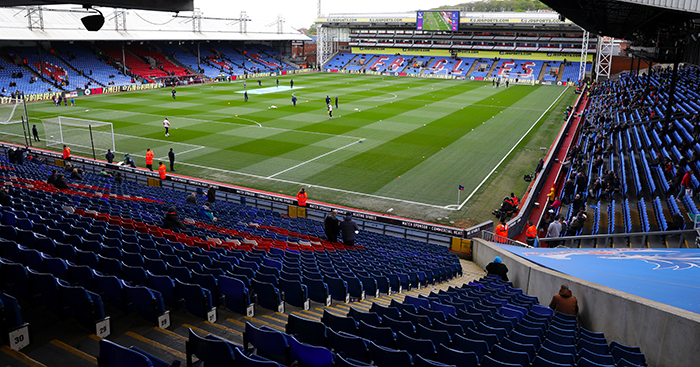 The rendered drawings of a developed Selhurst Park are eye-catching. They’re reassuring, too, because part of the ground’s attraction is its representation of a different age.

It’s tucked into its community in a way that all stadiums used to be, tapered into a slope alongside south London terraces, and there’s comfort in knowing that that’s where it will stay. No out-of-town site, no Volvo dealership or Harvester; match-day footfall will continue to nourish local businesses and pour into the nearby pubs.

It’s a really attractive design, too. A vaulted, glass arch will take the place of the main stand, nodding its head to the area’s history and increasing the capacity by around 6,000 seats.

A host of other improvements will follow: a nest of corporate facilities are included, of course, but the expansion promises better sightlines, improved access for disabled supporters and even a bigger pitch. Palace appear to be handling modernity with taste and, should their concepts come to life, they will provide themselves with an important 21st-century update.

The team, perhaps, is another matter. Palace have established a pattern of sorts over recent seasons, flirting with relegation for much of the year, only to pull away before the threat can become too real. Key to their survival has often been Wilfried Zaha, a rare and incendiary wide-forward whose class is unique outside of the big six.

Zaha has always seemed best-suited to finishing his career in south London. In recent years, he has tentatively revealed an ambition to play in Europe and to crack-back against the assumptions made about him during that strange spell at Manchester United. In the last week, that determination has been restated.

Arsenal are interested, the player’s agent has made public his client’s desire to join them and, in what has to be described as a mischievous move, the north London side have low-balled Palace with an antagonistic offer of £40million.

The intention is clear: to disrupt the player and weaponise his ambition, exerting pressure on chairman Steve Parrish and his reported asking price of around £100million.

Is Zaha worth £100million? Perhaps not to Arsenal, but certainly to Palace. Assessing his value in terms of goals and statistics rather misses the point. He’s integral to so many of his side’s phases, both in attack and transition, that it’s difficult to envisage how they might function without him.

The dependency isn’t total, this isn’t Matt Le Tissier and Southampton, but he is woven so tightly into the team’s fabric that his departure would necessitate a complete reinvention. A reinvention which would perhaps cost more than £100million.

The standard argument in this situation is to claim that life after Zaha might be better. That, with the funds generated by his sale, the club could create a more broadly talented side.

However, that’s a perspective which ignores the idiosyncrasies of the transfer-market and assumes a perfect return on any reinvestment.

Moreover, it assumes that Palace’s recruiting focuses are already sound and pretends that they are not, unfortunately, at the root of the vulnerability which continues to plague them, more than half-a-decade after their Premier League return.

Clubs outside of the top six have to condition themselves to expect inconvenient departures. If a player performs to a high standard, then they will inevitably become attractive to teams who can offer big wages and regular European football.

The route to sustained improvement, therefore, lies in ensuring that a squad can withstand outgoing transfers. 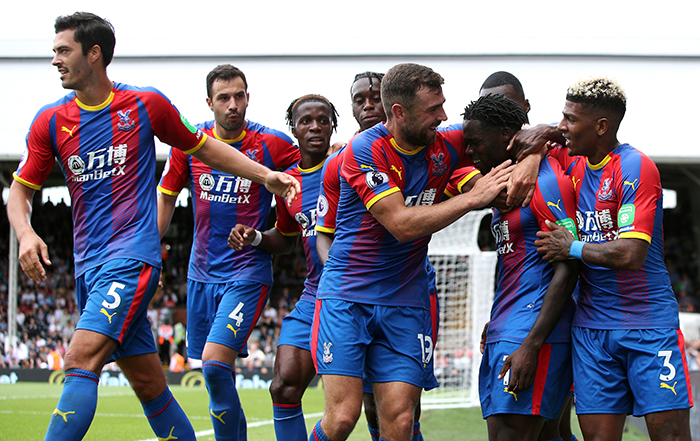 Easier said than done, of course, and there isn’t yet a reliable formula for achieving that, but a good starting point is an altered perspective, under which a club adjusts itself to serve the whims of the wealthiest teams. By targeting younger, higher potential players, by collecting the vast and speculative fees that they invariably attract, and by quietly powering themselves on the must-have-now mentality which is so prevalent at the top of the game.

One of the reasons why Palace’s Premier League status remains tenuous is because they don’t conform to that approach. In each of their seasons since promotion, they have traded at a substantial loss in the transfer market.

In fact, excluding the deal to sell Aaron Wan-Bissaka to Manchester United, they have only made three significant sales in the past 15 years: one, of course, was the original deal which to took Zaha to Old Trafford, another was the £30million Everton spent on Yannick Bolasie, and the third was in 2006, when Andy Johnson also moved to Goodison Park for £11millon.

Over time, that kind of trend creates a problem. If club finances aren’t being improved by consistent sales, then they are almost entirely reliant on broadcasting revenue. Commercial income can be a factor, too, but without a decadent history and a small army of overseas fans, only a minor one for sides like Palace.

In April 2019, they announced commercial revenue of £26.1million, which, while healthy for their size, equates to less than a single, well-negotiated sale. The implication being that, while identifying as a selling club feels contrary to sporting objectives, there has never been a better time to be one.

The Wan-Bissaka deal was an anomaly because selling academy products for £50million is a rare opportunity, but the principle behind that transfer preached an important message. It also extolled the virtues of capitalising on top-six avarice and the wealthy few’s willingness to pay over the odds for theoretical ability.

Needless to say, Palace’s route forward involves positioning themselves to exploit that habit – not by becoming purely, soullessly profit-focused, but by adjusting their transfer-focus, by promising elusive first-team opportunities and, ultimately, by being a club where careers begin rather than fade away.

Currently that isn’t the case. Of the players regularly used in 2018-19 who remain at the club, only Max Meyer is under the age of 25. Meyer is – Zaha aside – also the only player at Selhurst Park who could now be sold at anything other than a loss. Every other player has a single-faceted use, confined to what they’re able to do on the pitch. That must change, the ratios must be shifted.

Barry Webber, Palace’s commercial director, was interviewed by SportBusiness about the stadium expansion project back in April. Among its other benefits, he sees a re-imagined Selhurst Park as a future-proofing exercise.

“One of the reasons for doing the redevelopment is to make sure relegation becomes less of a concern because the incremental revenue it will generate will allow us to compete further up. There’s no big secret to it: if we have 8,000 more fans in the stadium, then we can compete a little bit better, that will release an incremental growth of £10m-£14m, potentially, per annum.”

The logic is highly sound, even if the figures are only estimates. Nevertheless, extending that same vision into the playing side is equally – or arguably more – fundamental to eliminating the threat of relegation.

In the technical sense, future-proofing would mean developing a team that can withstand the inevitable departures and actually benefit from them. It mandates a focus on the kind of footballer who can give a steadily improving contribution over a three or four year period, and then be sold in aid of funding similar or more ambitious recruitment.

In neophyte language, it refers to having a specific culture – one that doesn’t yet exist at Selhurst Park. Crystal Palace the football club have some wonderfully vivid associations, certainly, but Crystal Palace the football team are a much vaguer concept. They’re defined by individuals – by Hodgson’s caution and by Zaha’s flashing feet – rather than native qualities.

And that’s what any reinvention would have to purge: this sense that every move made is aimed at the next six months, rather than the next five years. More Meyers, fewer Kouyates; team stability is important, but this must still become a more fertile environment.

And a more stable environment, too, because while head-coaches and players will always be part of a rotating cast, at almost any successful club that transience is generally tempered by a central ideal. A way of playing, perhaps, which isn’t defined by any single person, but which remains the one constant within the flux. Re-stock and go again, re-stock and go again; Palace must become identifiable with something.

Wan-Bissaka is gone, Zaha may yet follow. If that does prove the case, then it’s a summer which should hopefully prove instructive.

Losing players around whom a team is built is daunting, but when a club is conditioned to withstand those losses, and efficiently fill the resulting gaps in a way which perpetuates a specific cycle, the result is the opportunity to make progress which is much more permanent.