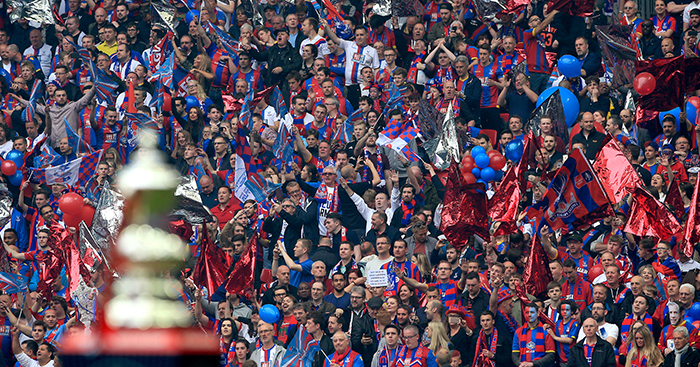 I don’t know how universal my experience of an FA Cup final is.

To fans of a team who get to them quite regularly, a trip to Wembley probably doesn’t have the same significance as it did for me, watching my team in a major final for the first time ever.

To the bigger sides the FA Cup is a consolation prize, the back-up trophy when you’re out of the Champions League and not challenging for the Premier League.

But for the vast majority of football fans in this country, those not fortunate enough to support one of the richest, most successful clubs, the FA Cup is the biggest prize you can realistically hope to see your side win. The competition is much maligned, but for many of us it’s still the holy grail.

As a Crystal Palace fan, I’m probably lucky I only had to wait 15 years to see my team in the FA Cup final, a decade and a half after a 1-1 home draw against QPR somehow got me hooked.

We’d got to the FA Cup final once before, back in 1990, before my time, but success is not exactly something you associate with us.

Our achievements extend to a couple of Second Division titles, a Full Members’ Cup win in 1991, and a third-place finish in Division One that same season. The trophy cabinet is hardly bulging. 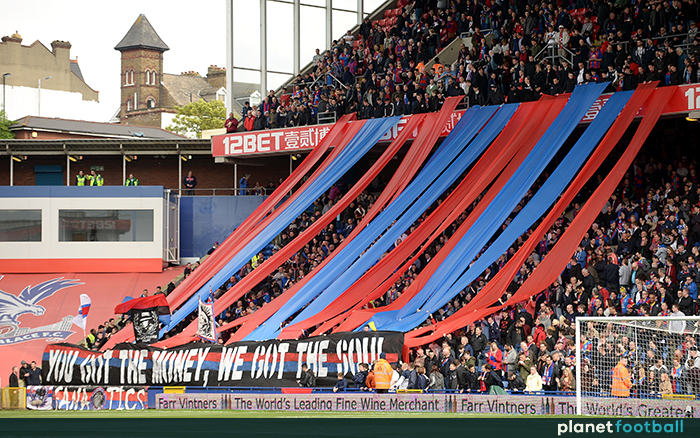 My first 12 years supporting the club consisted of 11 in the second tier and only one in the top, but in 2016, after another promotion which this time wasn’t followed by an immediate relegation, I found myself at Wembley for an FA Cup semi-final against Watford.

We stood for the entire game behind the goal, and when Connor Wickham lashed in the winner, I swear to God, the ground beneath us shook under the weight of however many thousands of people going absolutely wild.

That day was special, but nothing can really prepare you for the occasion of your first ever final.

Occasion is the only way to describe it because the day was about so much more than the game itself. In fact, it started in the weeks building up to it and the scramble for tickets, not to mention organising balloons, buses, pubs and the rest of it. It was like a military operation.

As for the game, there was certainly no shortage of narrative from a Palace point of view. It was our second FA Cup final, 25 years after the first against the same opposition, Manchester United, and our manager, Alan Pardew, was a member of the previous team in 1990. Pardew had also lost an FA Cup final as manager of West Ham and was hoping this would be third time lucky.

The game also saw Wilfried Zaha up against the team he had spent a couple of years with, temporarily breaking up his long association with the Eagles, while the referee was Mark Clattenburg, a man all Palace fans had a visceral hatred of even before kick-off.

The sense of occasion was palpable, but in the days leading up to the game I had a kind of numbness. It somehow didn’t feel quite real, and I just could not foresee a reality where Crystal Palace would beat Manchester United.

It wasn’t until the day of the game, heading into town towards the train station, that the reality really hit me. Crowds this big only usually congregate at East Croydon station because of Southern Rail incompetence.

The platforms were full of Palace fans, with south London accents tinged with twangs from all over the globe as people returned for the big day.

This was a convention of many generations of idiots who’d grown up around these parts of London. For whatever foolish reason, we had all decided to support this utterly ridiculous football club and no matter where we were in the world or what we were doing, we needed to be back here for this one.

The journey into central London consisted of chatter switched between nervousness, tales of Palace past, slightly optimistic pre-planning of European adventures and, of course, where to drink. We joined the masses who’d claimed the Wetherspoons’ in the station before departing to Baker Street and The Globe.

After bumping into some friends in the pub, we boarded the tube again, this time heading to Wembley, and it was this journey that provided me with one of my lasting memories of the day.

We got speaking to two brothers, who were well into their 80s and had been Palace fans their whole lives. They regaled us with tales of Rogers, Sansom, Hillaire, Wright and the golden ages of Palace’s history. There was this very sweet nostalgia, but it generated in me this palpable sense of regret.

You don’t support a team like Palace in the hopes of winning trophies, but I wanted us to win it so badly for them. These two had gone their whole lives without seeing Palace win a major trophy and this was probably their last chance. You just hoped that fate would somehow smile on us and let them see it happen. 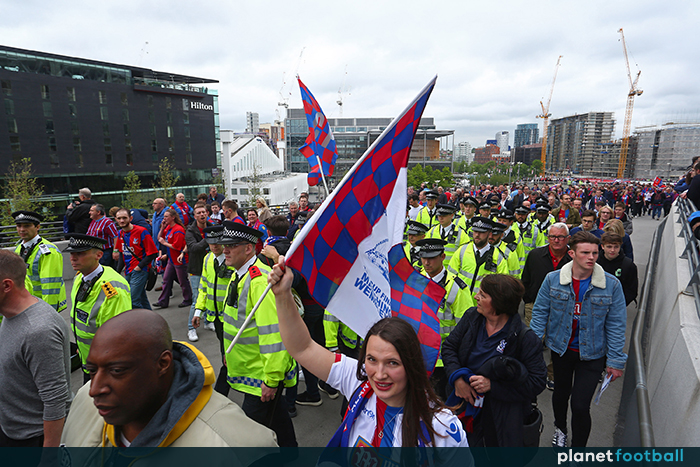 As we walked up Wembley Way and waited for the turnstiles to open, surprisingly, I felt no nervousness. Perhaps it was the alcohol. But by now there was a feeling of que sera sera, whatever will be will be.

Once inside the stadium, I remember Tinie Tempah and Adibe With Me, but as for the game itself I don’t remember much at all apart from the early flourish from Palace and Clattenburg deciding that in his ‘management of the spectacle’ that it was right not to play advantage.

As a fan I felt like we couldn’t affect the game like you can do in a smaller stadium. It felt like the story had already been written and you were watching it play out, just hoping for the happy ending.

And when Jason Puncheon came off the bench to do what he had been doing all season, scoring important goals, it looked like we might actually get one.

I’ve never felt emotion in football or maybe even in life the way I did when that ball rippled the back of the net. There was this unbelievable joy, but it was almost as if time slowed down.

Tears welled in my ears and everything around me seemed in slow motion and distant. It was like viewing the world around you from under water. I was struggling to process what was happening because of being completely overwhelmed by thoughts.

The next few minutes were the best of my Crystal Palace-supporting history. Those brief thoughts of European adventures and discussing with my dad how we’d have to find a way to go to all the games because it was the only chance he’d ever get…I don’t know for certain if I will ever experience anything like that feeling ever again. 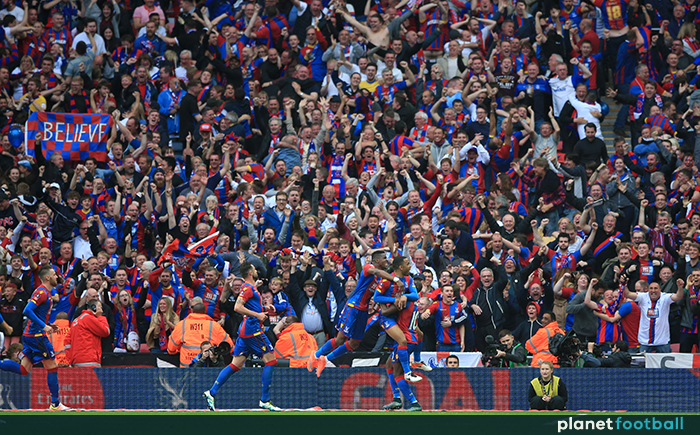 Obviously it wasn’t to be. It took only three minutes for Juan Mata to equalise, and eventually, well into extra-time, Puncheon failed to track his man and Jesse Lingard smashed one of his trademark goals at Wembley into the net. The dream was over.

I’ve never watched the game back and I never will, but we all stayed to clap the players off. We were proud of what they’d achieved. Sometimes these things just aren’t meant to be.

I was upset obviously, but I knew I’d probably see Palace in another final. I felt more sorry for the older fans outside the ground, the dads who I heard tell their kids they’ll probably be dead before Palace reach another one, the two brothers on the tube and the town itself.

You see, the FA Cup represents hope for all of us, the young footballers dreaming of scoring the winner, us fans who know it’s the biggest trophy our team is ever likely to win, the 10th-tier teams hoping they’ll one day meet the champions of England in the third round…the FA Cup unites us all.

I was a cynic about the FA Cup, I thought it had been devalued, but once you go through the experience of a final, you get it.

Staying in the league this year for Palace has to be the biggest priority and maybe this year a cup run would distract from that. But I don’t think there is anything I want more than to see a Crystal Palace team walk up the steps at Wembley to the Royal Box and lift that trophy.

One day, hopefully, it will happen. You just have to keep believing.