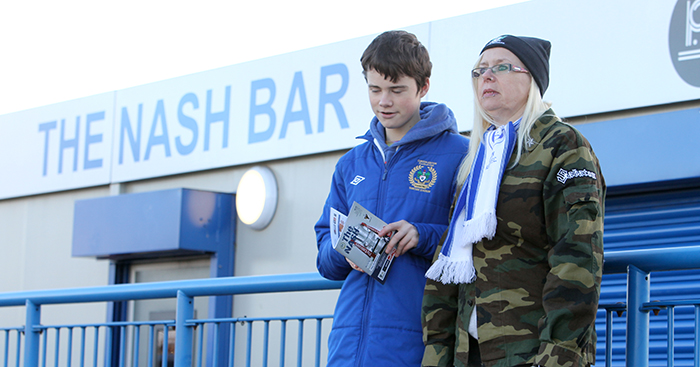 Curzon Ashton. You probably hadn’t heard of them until recently, but the FA Cup has once again succeeded in bringing a small non-league club to the attention of the nation.

Sutton United and Lincoln City were the stories of round four with surprise wins over Leeds United and Brighton, but back in December it was a losing team grabbing the headlines.

Curzon may have been beaten by AFC Wimbledon, but anyone that watched the game will have been mightily impressed by the National League North side. And no neutral could possibly have watched it and not felt for them come the final whistle.

The FA Cup throws up hard-luck stories every season – Wycombe suffered their own against Tottenham more recently – but this was football heartbreak taken to a new level. Three-nil up with ten minutes to go, it hardly seems possible, but Curzon incredibly conspired to lose.

Nine losses, eight wins, eight draws. It is fair to say that Curzon had not been on fire in the lead up to their first ever televised game, and their FA Cup history was not much to crow about either. Their only previous appearance in the second round came after they had upset League Two side Exeter City in round one back in 2008.

On the other side of the fence, AFC Wimbledon are well used to the spotlight having gained six promotions in 13 seasons since their formation in 2002.

They had walked out in front of the TV cameras as underdogs themselves two years ago when they faced Liverpool in the FA Cup third round. But this time it was their turn to play Goliath. Little Curzon were the team walking out with nothing to lose. The Mancunian part-timers ready to cause an upset. 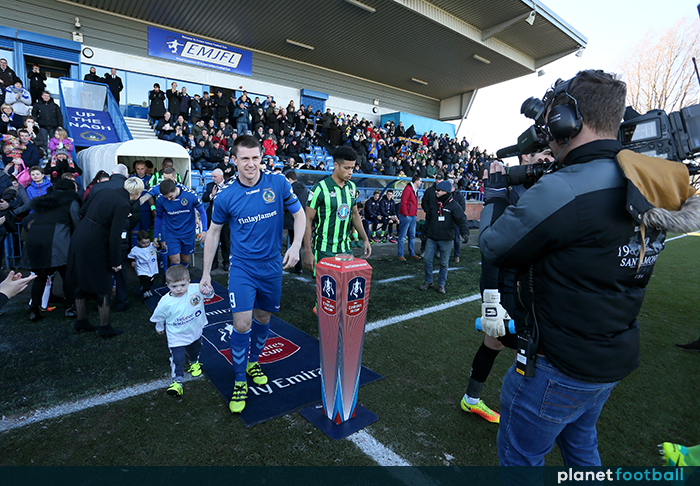 For 80 minutes, it looked as though they would.

There was an electricity around the Tameside Stadium in the build-up to kick-off. The undefined emotion somewhere between excitement and nervousness. This club had never experienced the media exposure, the television crew there on the day, the interviews that took place prior to the game. This was all new ground.

Curzon’s chief executive, Natalie Atkinson, had not even reached her seat.

“I was actually upstairs in our conference room facility,” Atkinson says. “I had literally just walked out onto the stand and Adam had scored.

“I took my seat and was still thinking ‘What is going on?!’. Everybody was just looking at each other in shock and excitement.” 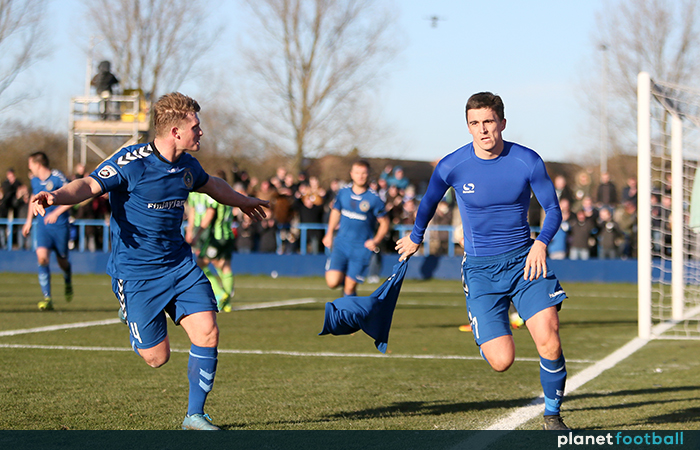 Curzon’s second was a flowing team goal that culminated in a simple header for Morgan, who, as a result of his man-of-the-match performance, earned himself a move to promotion-chasing Halifax Town.

Just over a quarter of an hour into the second half and Morgan was stroking home Curzon’s third, and thus completing his hat-trick. It was at this point that Atkinson allowed her mind to dream of what might come next.

“For a few seconds I thought ‘When is the next round?’.

“When I watched the replay afterwards, the BT Sport camera was on my reaction every time a goal went in. The commentator said something like ‘That’s Natalie, she is checking her phone, she must be telling all her friends about the goal.’ I was checking when the next round was!

“Then I started thinking that on Monday the BBC had asked us to go to the draw to be interviewed in case we got through. I am thinking I’ve got to rearrange my diary for that Monday!”

It would be nice to think that for the next 18 minutes Atkinson was sitting in bliss, dreaming of a third-round tie against local big boys – and the team Atkinson supports – Manchester City, but any such thoughts quickly faded when the 80th minute came.

“Your stomach, it just falls out of you.

“One goes in, okay 10 minutes to go let’s hold on. Then another goes in. and then the third one went in. Right, well let’s just hold on. Let’s go down to their place. Down to Wimbledon. That’s fine, we don’t mind going down there. And then in those last few seconds when the fourth went in…

“I saw so many people crying. I thought ‘Oh my god I’ve got to hold it together here.'” 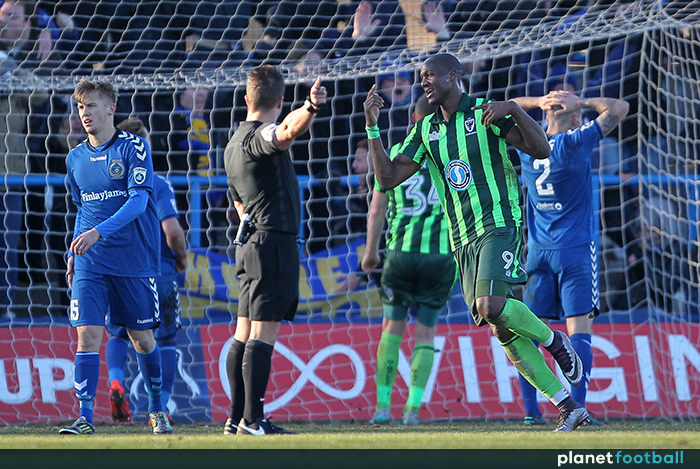 Natalie held it together with greater success than the team on the pitch, but she knows there was nothing else the players could have done.

“I had my family there because my brother plays for the team and I remember looking over at my brother when it had gone to 3-3. They had given 150% and I saw my brother put his hands on his head and I just thought ‘He can’t give any more.’

“All of them had given everything.”

Devastatingly, “everything” was not quite enough. AFC Wimbledon had sealed their passage into the third round. Tom Elliot’s glancing header made it 4-3, and, moments after Curzon restarted play, it was over.

But, for Atkinson and for Curzon Ashton, losing this fixture did not signal the end. It took John Flanagan and the management team a couple of weeks to bring the players back around after such an emotionally exhausting cup tie. But they did pull them back. And now the club and its players are focused on their target to finish in the top half of the National League North.

Atkinson has ambitious plans for the club she has worked for since May.

For Atkinson, the next target for Curzon Ashton is to join several other non-league clubs in going full-time within the next five years. Harrogate Town have recently announced their plans to make the jump, Salford City are planning the same, while league leaders AFC Fylde are already feeling the benefits of a full-time approach – nine points clear at the top. 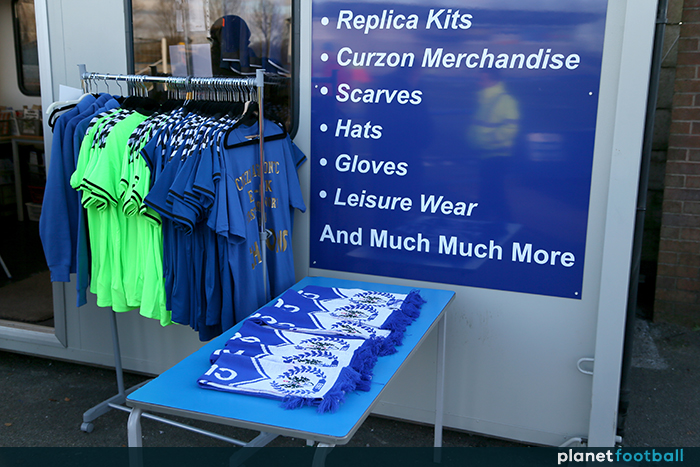 “That is a lot of money and that will only come from my role in terms of exposing the club, talking to sponsors, bringing in more financial investment. That is our biggest challenge as a club.”

Natalie reports that there are 140,000 people in the Tameside area. Six other clubs are at a similar level to her team. All in search of the same fans. Curzon Ashton needs to do something differently to stand out with the relatively small crowd.

A televised game for the first time in its history would have helped. This alongside increasing the wage bill, increasing the number of sponsors that the club have, and introducing a new match-day experience package for businesses, all make Curzon Ashton an enticing proposition.

For the fans, the squad, and, most importantly from a financial point of view, the local companies, the signs are there to show that Curzon Ashton mean business. On and off the pitch. 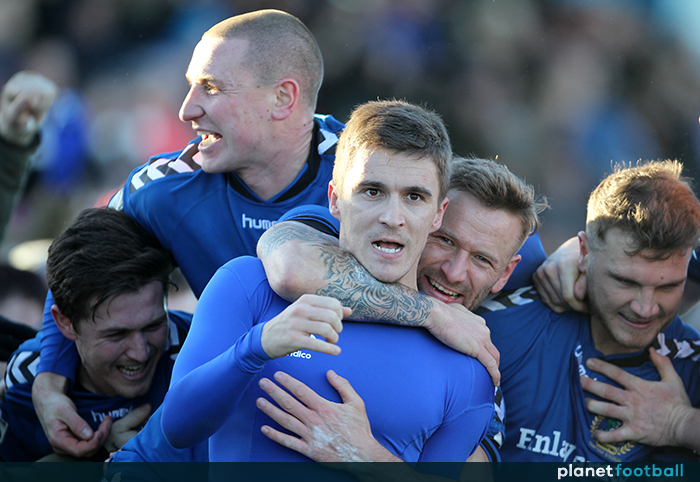 Back to footballing matters, the FA Cup fixture, specifically the first half performance, has given Natalie and the club the boost they need to reach their targets.

“It’s given us that passion now to take it into next season because we know we can do it,” Atkinson says. “When we play like we played we can beat anybody and I really, really believe that.

“I do not like being called little Curzon. Some people think we are just that stadium at the end of the long road, but we are not like that. We need to get away from that, which we are doing now.

“I wholeheartedly believe that we can go one step further next year.”

For John Flanagan and his squad there is always next season. For Natalie Atkinson, this is just a stepping stone for bigger and better things for not-so little old Curzon Ashton.