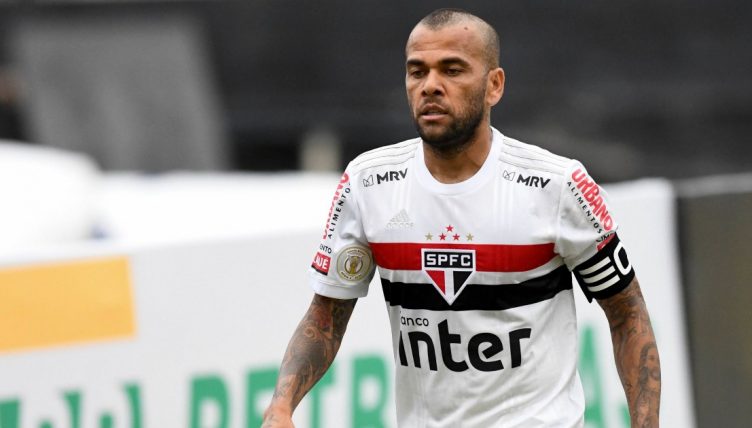 Dani Alves put his medal on his head and stuck out his tongue, exactly the sort of celebration you’d expect of the man who often appears to be 38 going on 18.

They’d done it, he’d done it: with a win over Spain in Yokohama in the late-night, early-August heat, Brazil had sealed back-to-back Olympic football golds and Alves had added another piece of precious metal to his vast collection.

But as he celebrated, Alves knew that soon he would face the press, and the Brazilian journalists would not be asking him only about the joy of winning Olympic gold as a very overage player in the young Selecao squad. At home, what he was foregoing to achieve his Olympic success was further up the agenda than the success itself.

Football debate shows and newspaper sports sections were busy discussing a drama that was running parallel, that of Alves with his club, Sao Paulo, whose season was ongoing and whose games he was missing while in Japan. What should have been a romantic tale of boyhood fan playing for the club he loved had, in just under two years, become a rocky relationship that was now in its rancorous final throes.

“Sao Paulo failed me many times,” he said with the medal still around his neck, “and I don’t fail Sao Paulo.”

That was his view. And in part he was right. He had signed a contract in August 2019 and now, with the club in dire financial straits, they were not fulfilling their obligations, not paying his salary. They had failed him. Yet others would beg to differ, particularly about the second half of his assertion.

By leaving mid-season to pursue his Olympic ambition, he infuriated Sao Paulo supporters. He had claimed to be one of them, in fact he said that he was going to “fight for this club more than any other fan.” Yet there he was in Japan after a dispute over money.

In an Instagram post, the club’s biggest torcida organizada, or organised fan group, accused Alves of “abandoning” Sao Paulo and asked for his contract to be rescinded. Just over a month later, that is exactly what happened.

The obvious questions are: how did we get here, and what has the cost been to club and player?

Alves’ signing two years ago was as marquee as they come in Brazilian football. Since he left Brazilian shores back in 2002, he had become an integral part of the greatest clubs side of all time and won scores of trophies. Having just been awarded the Player of the Tournament gong at the 2019 Copa America, he was in good form, looking fresh and sprightly despite his advancing years.

As if that was not enough, he was coming to the club that he supported and spoke openly of his intention to help restore Sao Paulo to former glories. At his presentation, he was handed the No.10 shirt by Kaka and Luis Fabiano as 45,000 delirious supporters sang his name.

A lot was expected. But, for the cynics and those jaded by the long-running financial incompetence that dogs Brazilian football, the warning signs were there.

Sao Paulo had not won a major trophy since 2012. And during that drought, they had amassed exorbitant debts chasing silverware that never came.

News filtered out that Sao Paulo would be paying Alves 1.5million Brazilian Reals a month, huge by Brazilian standards.

How would they fund it? Sao Paulo president Leco said he would find ‘partners’, companies willing to fund a percentage of Alves’ salary as a personal sponsor of the player.

It is a scheme that is often floated as the answer when Brazilian club presidents are asked how they are going to big salaries to returning stars. Rarely does it work. Only one company, DAZN, showed any interest in the ‘partnership’, but negotiations quickly unravelled.

But coming into an average team in an average league playing on poor pitches every three days after travelling thousands of kilometres across a vast country and being expected to be the main man, the craque, was a different proposition. Ups followed, but so did downs.

For him to be more involved in the play, Alves was deployed as a box-to-box midfielder or even a classic No.10. On his debut, he scored the only goal of the game in a 1-0 win over Ceara and his form was OK, if unspectacular, until the end of the year. Eventually, Sao Paulo finished sixth.

Yet 2020 got off to a rocky start. The team’s form was poor, as was Alves’. Then the pandemic arrived, aggravating Sao Paulo’s uncomfortable economic situation.

When football returned, Sao Paulo were swiftly knocked out of the state championship by minnows Mirassol, fell in the group stage of the Libertadores and won one in five in the league in September and early October.

Alves was spotted on Instagram having a party as Sao Paulo lost in the Libertadores to River Plate – he was recovering from a fractured arm at the time – and relations between him and fans started to sour. Days later, supporters protested outside the training ground, singing, “Oh, how good it would be if Dani Alves went back to Bahia,” the state where he was born.

But things quickly turned around. Alves came back and Sao Paulo burst into life, surging into top spot in the league. Hopes were high that they would break that trophy drought, but another disastrous spell of form at the end of the campaign saw them drop to fourth and coach Fernando Diniz was sacked.

Finally, the first part of the 2021 season did see silverware arrive under new boss Hernan Crespo. But Alves missed the decisive second leg of the final through injury and, having been shifted back out to right wing-back, he appeared a realtively peripheral part of the success. 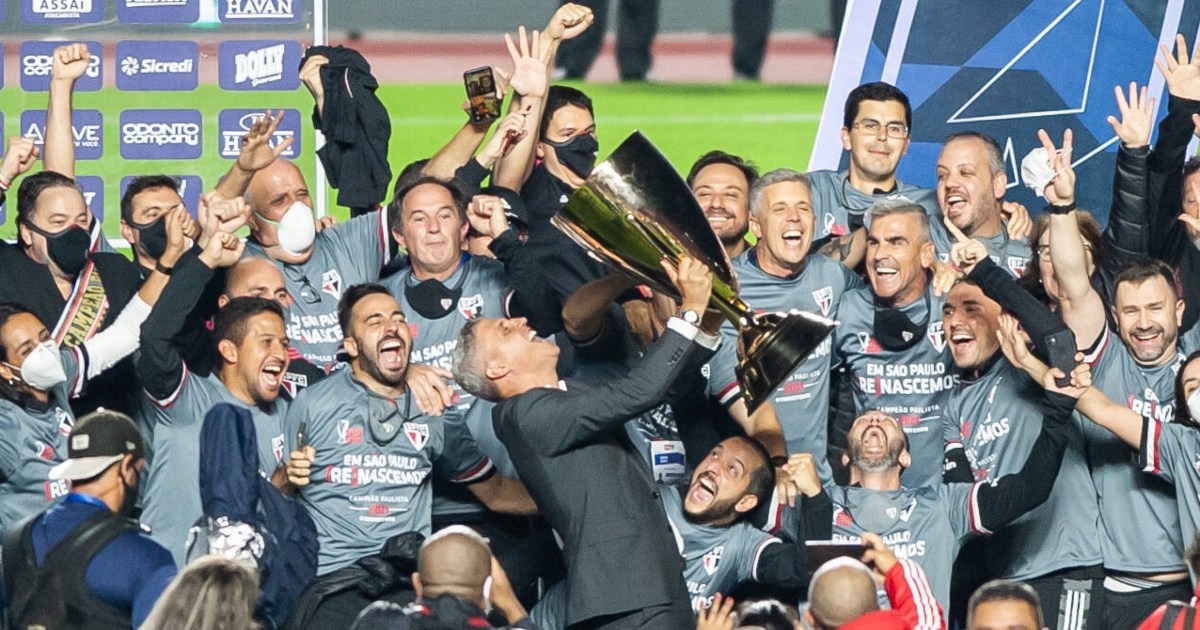 READ: Crespo: ‘Making history’ by combining the best of Argentina & Brazil as boss

By then, Sao Paulo had also fallen badly behind on payments of his salary – they owed him 18million Reals – so Alves decided that he would accept the invitation of the CBF to travel to Japan with the U23s.

When he returned, he stated that he would not play until the debt was paid. Fairly or not, fans anger intensified and there was only one option. On September 10, Sao Paulo announced they had come to an agreement to terminate his contract, by which they will pay him 24million Reals – the debt plus a portion of the remainder of his contract, which would have run until December 2022 – over the next five years.

The cost is not only financial. The club looks embarrassingly incompetent. On UOL Esporte, columnist Menon wrote: “It was the worst signing in the history of Sao Paulo, certainly. And, I dare say, the worst in world football [history].”

Alves has taken a severe blow to his reputation, too. In a poll run by UOL, 86% of respondents said they would not want Alves playing for their club. On the podcast Posse de Bola, veteran sports writer Juca Kfouri agreed with them: “God help me. He’s a guy who thinks he’s more important than the club, who thought he was more important than Sao Paulo… I think he would be an element of contamination in my team.”

After leaving Sao Paulo, Alves did not find a club in the week that remained of the Brazilian transfer window, turning down offers from Athletico-PR, Flamengo and Fluminense. But his story is not over. He has openly stated that his biggest dream is to go to the World Cup in 2022, so he will be back. But with the window shut, he cannot sign for another club in Brazil until at least December.

For now, then, he has time to sit back and reflect on a dream move that came to a nightmare end.

Brazil watch out: Diego Costa & Hulk are gunning for glory at Atletico