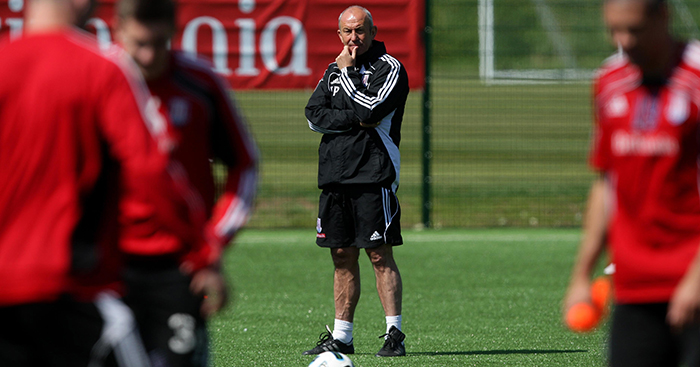 Stoke City were dismissed as just another long-ball team when they were promoted to the Premier League in 2008, but Danny Higginbotham has given an insight into why seemingly simple tactics proved so effective.

Stoke came up from the Championship as runners-up behind West Brom, but while the Baggies were tipped to adapt well to the step up in class, Tony Pulis’ side were widely written off.

Indeed, Paddy Power paid out on their relegation after just one game when they were beaten 3-1 at Bolton on the opening day.

However, it was West Brom that ultimately finished rock-bottom that season while Stoke finished 13 points ahead in 12th position, well clear of the relegation zone.

And Higginbotham, who returned to the club three games into the season after a year at Sunderland, was always confident of proving the doubters wrong.

He told the latest episode of Planet Football’s podcast, The Broken Metatarsal: “I knew what I was coming back to, I knew what the belief would be, I knew that [Pulis] had a specific way of playing.

“When you get promoted to the Premier League, what a lot of teams do wrong is spend a ridiculous amount of money, change their style. I just felt going back to Stoke, the players that were there, the characters that they had within that dressing room, I believed we would be a match for anyone at home, and that proved to be the case.

“We had a specific way of playing, which was simplicity is genius.”

A big part of that style of play, of course, was Rory Delap and his throw-ins, which Higginbotham says helped Stoke get into the heads of opposition players.

“It created a huge fear factor,” he says. “You’ve got defenders who will have been told before the game, ‘Don’t give away needless throw-ins.’ So the ball’s coming back to the defender, we’re putting pressure on him as a team, straight away they’ve got to think about what they’re doing.

“Usually as a defender you put it out of harm’s way and it enables everyone to come back and get into a good shape. But against us then teams were actually fearful of giving away throw-ins more than giving away corners.

“When you’re dealing with that time and time again, all it takes is for you to switch off once.”

But it certainly wasn’t a case of Stoke hitting long balls up the pitch aimlessly, with Higginbotham revealing players knew exactly what run to make dependent on the number of touches a man on the ball took.

“Tony would do a lot of shape and everybody knew what was expected of them. Everybody talks about the long balls, and yes, we did play a lot of long balls, but there were specific reasons.

“So although it was long ball, everybody knew what was expected of them. Everybody knew where the ball was going so you’d get runners off the player you were aiming to hit.

“It was repetitive and that’s why we scored a lot of goals in the second half in my opinion where we’d just worn down teams from doing the same things constantly.”

Add to that the atmosphere the Stoke fans created at the Britannia Stadium, and Higginbotham says the players knew they had won the first battle before a ball had even been kicked.

“I have never played in front of a louder atmosphere in my life, regardless of going to play at stadiums that may hold 70,000,” he says.

“We would go into the dressing rooms after the games and we’d talk among ourselves that we would have hated to have played against Stoke if we were other teams. It was just a nightmare. It must have been so difficult to play against.

“Go forward 30 years and I think that team will still be remembered just because of the achievement of staying in the Premier League and the connection between the players and the supporters.”

Higginbotham spoke more about that wonderful first season, including getting under the skin of Arsenal, in the latest episode of The Broken Metatarsal, which you can listen to below.