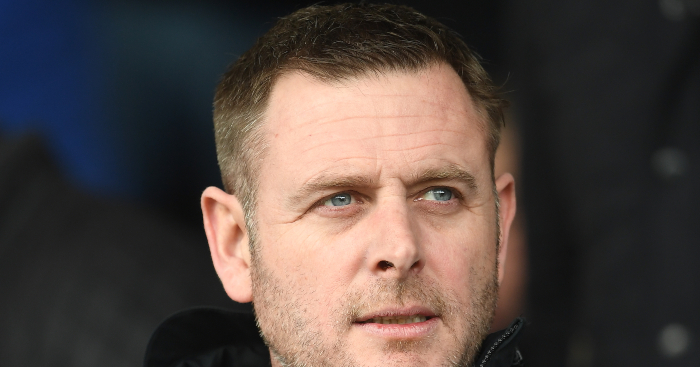 Peterborough United chairman Darragh MacAnthony has warned that lower league clubs in England could be wiped off the football map unless matches can resume soon.

The Dublin businessman and owner of League One promotion chasers Peterborough outlined what he described as ‘an armageddon scenario’ facing lower league clubs if they are unable to play matches and keep revenues streams flowing over the coming months.

While mass gatherings have been banned in most countries and there is no sign of the crisis easing, MacAnthony believes football authorities and government need to be open-minded about the game returning in a controlled environment in the coming weeks.

“Businesses can’t stay closed forever,” MacAnthony says. “However harsh it might sound in the current climate, people have mortgages to pay, staff to pay, jobs to do. At some stage, life has to resume and we have to work out how we can do that as quickly as possible.

“League of Ireland clubs will be in the same position as the League One and League Two clubs in England, and it will get to a point where people will say they have to go back to work and they have to try and get everything moving again.

“Sadly, this is going to be a horrible situation for a certain percentage of the world, but we also have to remember that this will pass, even if it feels like a long way off at the moment. If a vast majority of people have a mild illness from this and yet they have no jobs to go back to, no livelihoods at the end of it, this will have a much longer impact to the world.

“The health of everyone has to be the priority and while the numbers of people dying around the world is just horrendous, thank goodness this is not like the plague that killed so many people back in the day. Thankfully, that’s the reality of this nasty virus and we have to understand that.

“We need to work with the facts that are being presented to us. If relatively young, fit people go to work and they contract this virus, the chances of them getting into serious trouble with it are pretty slim and that is the position footballers are in.

If lockdown is lifted in May for businesses to go back to work cautiously, then training in May for finishing season June via Ifollow/TV for fans online. Break for July/August pre season, New season with fans September with vaccine or proper therapies/Testing in play one hopes 🙌🏻 https://t.co/3EXj8DLTPa

“Governments have identified the people who are most impacted by this and they are the people we have to take care with. The ‘at risk’ group need to stay indoors, we all have to make sure they are looked after and have enough food on their plates. For everyone else, we have to find a way to get back to work as quickly as possible.

“There is a way to tackle this. It will take some time to discover whether the self-isolation plan is working in the UK and Ireland. If it turns out that it isn’t working, we are then in containment mode and waiting for a vaccine.

“At that point, we need to try and get something moving again during that period, however we do it. The human race can’t stay locked behind closed doors forever.”

After the Football Association declared that a raft of semi-professional leagues would be declared null and void last week, fears that all football in England will not reach a conclusion this season are growing, but MacAnthony insists that cannot be an option.

“We need to find a way to get this season finished,” he says, with Peterborough sitting in a play-off position in League One when the competition was suspended earlier this month.

“For the sake of the integrity of our game, what we have started needs to reach a conclusion. We have to get the remaining games of this season played by whatever means possible.

Chase pounds? Hate that accusation.Economic argument is still allowed even in a Pandemic bud.A global depression will take a lot of lives if businesses are locked up for long period of time.Lives matter but so do jobs/mortgages/bills and so on. There is a way to have both convo's https://t.co/nrOmzayDTA

“When people are talking about writing off this season a few days after the matches have been suspended, it is not needed right now. It’s just clickbait and this is not a time for that. We have to make serious decisions to protect our game and they need to be taken as soon as possible.

“At some point in the not too distant future, life will resume, football will start again and people will get back to doing what they do.

“Whether that means playing behind closed doors or trying to play with spectators and taking maximum precautions for the most vulnerable people, that is a decision for another day. People over the age of 70 are the most at risk and maybe they can’t come to football while this problem is with us, but we need to make the right decisions for everyone here.

“You wake up every day hoping for better news, but at the moment it’s not happening. You hope that your phone beeps and someone has developed the vaccine. That’s what we are all waiting for and it will come, hopefully sooner than some are saying.”

While MacAnthony appreciates the health of the world’s population needs to be a priority in this time of crisis, he fears the damage caused to the economy and football in particular could be devastating if this crisis continues into 2021.

“Clubs in League One and League Two are going to be in serious financial trouble if football doesn’t resume in a few weeks and at Peterborough United, we are already feeling the pinch,” he says. “We have already lost two home games, lost out on a TV game and that has probably cost us up to £200,000.

“It trickles down to all levels of the business. All clubs are selling season tickets for next season and that will be badly impacted. It just affects cashflow for everyone because we just don’t know when next season will start and when this one will finish.

“If all clubs in the Football League can report back in May or June, so be it. We play our remaining games, play them over a four week period, push next season back by a month and that will be it. We just have to get on with it. The Euro 2020 finals have been pushed back and that window is there for us to play games in.

“Maybe we can stream games to the fans on our websites to get them involved and let’s get it done. I want to remain positive that we can do this and we will do this.

“What is clear is we need help, all League One and League Two clubs will need help. So we need the EFL to speak to Sky and get something moving.

“We have signed a new TV deal that starts next season and is worth £600million to the EFL clubs over the next five years. There is also Premier League solidarity money that comes to Football League clubs and we need to look at a way of making £600,000 available to each League One and League Two club now.

“That is workable and that’s doable and the people from the EFL should be able to negotiate that.”