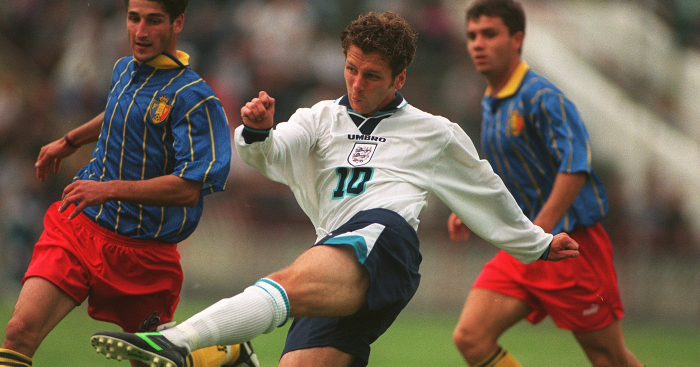 Darren Eadie was only 18 when he appeared in Norwich City’s dream UEFA Cup run that included a memorable win at Bayern Munich. But 10 years later, in 2003, having undergone countless operations, he was told his career was over.

Eadie was just 28 and had played fewer than 50 games for Leicester City, for whom he had signed in 1999 for around £3million.

He tried to put the devastation and realisation that he would never kick a ball professionally again to one side, but that only made matters worse. Severe depression and anxiety set in, as did debilitating panic attacks.

“When I was playing, I needed to have that nervousness before a match,” says Eadie, who made his name as a rapid left winger. “But it became too much and knowing that my career was over at 28 was a massive thing to deal with.

“I tried to bury those feelings, but it became unbearable and it was a very lonely place to be. It is said that being a professional footballer is like being in a goldfish bowl, and it is true – you don’t know about anything else, about the outside world.

“It changes you as a person because you realise the world is a very different place than what you were used to.”

A product of Norwich’s youth system, Eadie played in a vintage Canaries side which included names such as Bryan Gunn, Ruel Fox and Chris Sutton. 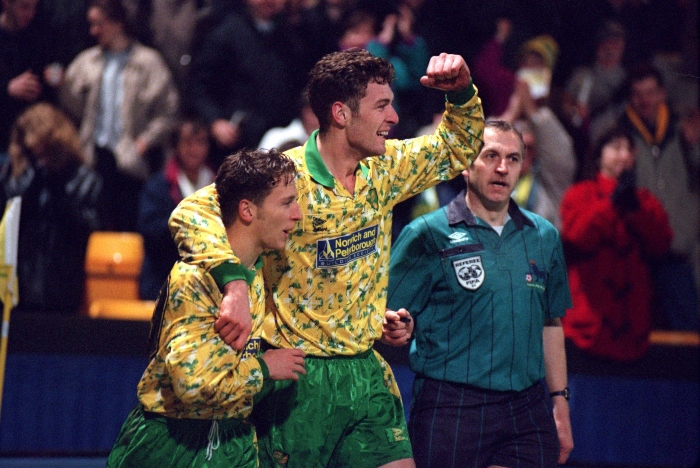 He made his debut – and scored – in a 2-2 draw with Queens Park Rangers, before appearing as a substitute in Norwich’s famous 2-1 win at Bayern Munich in October 1993.

“I remember standing in the tunnel next to Lothar Matthaus, who had won the World Cup with Germany three years earlier,” he says. “It was unbelievable.”

The season before his debut, Norwich had finished third in the Premier League’s inaugural campaign. And the boyhood Tottenham fan was even included in FourFourTwo’s The Boy’s a Bit Special section in the magazine’s first ever issue.

He stayed with the club for four years following their relegation in 1994-1995 and was called up to the England squad in 1997 by Glenn Hoddle, despite playing in the second tier.

“I know there was interest from Everton and Spurs, but I felt a loyalty to Norwich,” Wiltshire-raised Eadie says. “It was about being happy and I wanted to get back to the Premiership with Norwich.”

But he was sold to Leicester City in December 1999, as Norwich were on the verge of entering administration.

“Then-manager Bruce Rioch called me into his office and told me the news,” says Eadie, whose father was Leicester-born-and-bred.

“Martin O’Neill was Leicester manager at the time and he had managed me at Norwich for a short while, plus Leicester was the closest Premiership club to East Anglia at the time.”

He spent four years at Leicester but, due to constant injury problems, made no lasting impact.

A few years into his post-career, his mental health had deteriorated so badly that it was a struggle to leave the home he shared with wife Kelly and their children.

“I couldn’t even do simple things, like nipping to the post office. I didn’t want to go out because I didn’t know what people were thinking about me or if they wanted to talk to me about football.

At his lowest point, which included suicidal thoughts, he realised he desperately needed help.

“I didn’t want to be around. I thought about suicide, but I was too much of a coward to have gone through with it.”

That was 10 years ago and, even though Eadie still suffers from anxiety, he has learned how to manage it.

“It only comes with time, as in you need the experience of recovering when the anxiety was at its worse,” he says.

“Back then, I didn’t think there was a way out, but now when I have episodes, I know that there is a light at the end of the tunnel.

“My mum died of a brain haemorrhage 18 months ago, but I am more resilient at coping when life throws things like that at me.”

At any age it really is very difficult. No one really understands unless they’ve experienced it. Lost my mum about 18 months ago very suddenly in 2 weeks. Unconditional support and understanding needed. Some don’t get that support which can make it a very lonely grief. https://t.co/WoiWG1jXH0

While mental health awareness has become much more prevalent in football, Eadie still does not believe enough is being done.

“When I played, it was a dog-eat-dog environment and in the changing room you had to stand up and be counted,” he says.

“You can call it mickey-taking, but sometimes it overstepped the mark and I had to learn how to fight back. Even if I wanted it, the help was not there.

“Today, there is a culture of the FA, the PFA, the EFL and the Premier League being seen trying to do the right thing when it comes to mental health, but I don’t think they are doing enough.

“One of the problems is that when you finish in the game, you are done because footballers are seen as commodities. I understand that, but you are dealing with human beings and when someone is in crisis you need help there and then.

“I remember going to the PFA to discuss mental health issues in the game and someone there suggested players were using it as an excuse to try and get time off.

“How are we supposed to move forward with views like that?”

Eadie, who now works for Norwich TV, has helped launch a new YouTube show, FC Kitchen, which raises awareness of the benefits of a plant-based diet.

“My brother-in-law went vegan, so I thought I would try it,” he says. “It’s about offering an alternative and I am not preaching to anybody, I am just showing the benefits of becoming vegan.

“Veganism has an image problem, with people thinking all vegans are young, posh and protesting outside Parliament, but it is not that at all.

“We are more conscious of the environment now and meat consumption plays a huge part in that, so we can reduce our intake.”

Many of the world’s top footballers, including Lionel Messi and Sergio Aguero, have gone vegan, which is a far cry from players’ habits when Eadie was starting out in the game.

“Before a game, we ate what we wanted,” he recalls. “We were basically left to our own devices, but it was only five years after I turned professional that clubs started to bring nutritionists in.”

Now head of football at independent day and boarding school St Joseph’s College, in Suffolk, despite the ups and downs he has experienced, Eadie has no regrets.

“I wouldn’t change a thing. I would go through it all again, including the mental health issues, and whether that sounds weird or not, I don’t know.

“I had the best job in the world.”

If you have been affected by any of the issues in this story, you can get in touch with Samaritans on 116 123.