David Silva: A man who deserves a Zizou-style portrait more than most 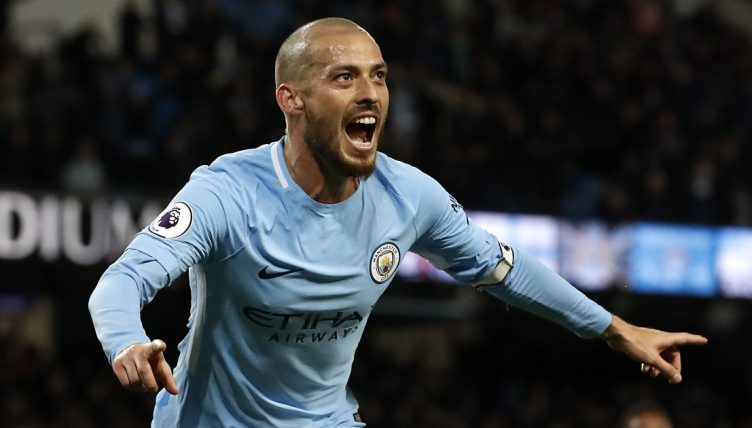 In years to come, kids might look at David Silva’s stats or trawl through YouTube and wonder what all the fuss was about. The only way to truly appreciate the Manchester City legend is to have seen him play.

Back in October 2010, Manchester City travelled to a Blackpool side still buzzing from a shock Premier League win at Anfield.

City had started the season strongly, but they had done the same a year previously before tailing off and finishing outside the Champions League places.

On that occasion, a dismal run beginning in October ended up being their downfall, and the downfall of manager Mark Hughes. However, on that occasion they didn’t have David Silva.

At Bloomfield Road, Silva set up Carlos Tevez’s opener and scored a stylish third himself. City ended that season in the Champions League places for the first time, and the rest is history.

A decade later, City were still swatting away their opponents, and Silva was still making that difference.

Silva was never the most prolific in front of goal, hitting double figures in the league just once in his career, yet every time he found the net it feels as though there was never any doubt that he would convert.

The Blackpool goal is a perfect example, with Silva conducting the opposition defenders long enough to find space. He twists and turns while carrying the ball barely five yards, in more or less a straight line, an economy of movement which looks even more impressive in the face of the Blackpool defenders’ own journey.

In essence, Silva wills his opponents to jump from point A to point C while worming his way through the tunnel of B.

He could shoot instantly after receiving the ball from James Milner, or after letting Stephen Crainey run into the space he had occupied before realising there’s no longer a Silva there to be tackled.

But no, he waits, then waits again, and again, finishing only when the angle is there to use Charlie Adam as a shield to curl beyond Paul Rachubka with absolute certainty of the end result. 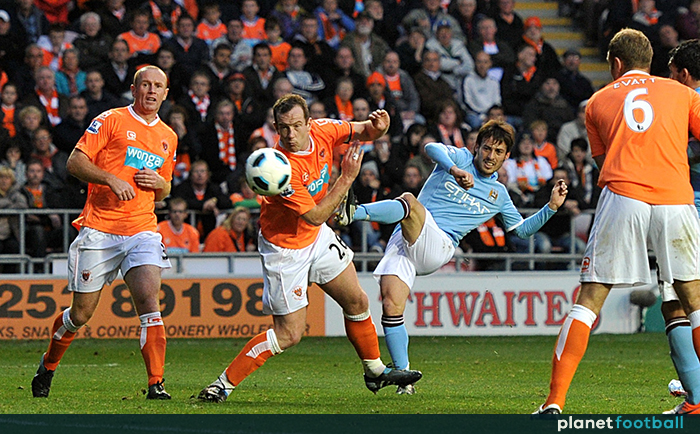 There’s an element of Silva’s game which almost feels as though he’s taking sympathy on goalkeepers. A keeper’s task can be thankless, with any mistake jumped upon, so it can feel generous to leave them in a position where they know they’ve done all they possibly could.

Silva’s game was a little reminiscent of the playmakers who entered the English game in the mid-90s and showed long-standing Premier League defences that the game could be played in a manner completely alien to them.

When the likes of Georgi Kinkladze and Gianfranco Zola arrived in England, there was a layer of scientific fun about their respective games; they would not just make things look easy, but they would do so in a style which left opponents with no option but to throw up their hands in dumbfoundedness, or to abandon their usual solidity when faced with this incomprehensible talent.

They knew they would need to do something different to combat the new challenge, but their response was limited by their own imagination: with a smaller arsenal of responses, what could they do after exhausting all of them other than panic?

The mention of Kinkladze specifically is not coincidental: while the City he played for in the 1990s was very different to the one joined by Silva 15 years later, his most famous goal for the club appears to inform Silva’s Blackpool strike from start to finish.

His run might take longer and begin further from goal, but you have the common theme of defenders overshooting the mark, turning themselves off balance and sliding in desperately.

That’s the thing with players like Silva: future generations won’t be able to gauge his quality from his stats, like Messi or Ronaldo, or check out a reel of long-range belters or even goals stemming from 50-yard runs.

Silva is the sort of player best appreciated when you watch him – and only him – for 90 minutes. It’s hard to push that argument without associations with Zinedine Zidane, given the 2006 documentary about the Frenchman, but if anyone is as worthy a subject it is surely Silva.

The frequency with which opponents almost seemed to accept their inferiority and helplessness in relation to Silva can make it tempting to shrug him off as ‘just better than everyone else with his feet’, but his ability to thrive in a deeper role in his latter days at City added a further layer of curiosity.

On the surface, most of us can see Silva was great at finding space, and at finding team-mates or scoring goals when in that space, but it’s often what he does when there’s no space around that allows him to take a mile when given an inch.

If a defender has been stung once, they’ll protect themselves from embarrassment in the future, and if they’ve been stung on multiple occasions they’ll go into lockdown.

But what happens when they’ve done that, when they’ve closed it all off, only to still be humbled? What if they tighten up, stepping up when needed to ease the danger and ushering him into a position where he can’t do any damage, only for something like this to happen?

One yard of space for David Silva is equivalent to 10 for most players, and this was no accident.

It has taken years of showing opponents what he can do, and showing himself what he can do, to reach a position where a player one stretch of the foot away still can’t back themselves to stick out a stray boot.

There’s a layer of what seems like instinct involved in plenty of Silva’s movements, but it stems from confidence in any and all surroundings: he plays like a man who has put himself in every conceivable situation, either physically, mentally or both, to the point where – with very few exceptions – he knows what to do before, during and after the ball arrives at his feet.

It’s so rare for him to make a mistake because he sees the potential errors early enough not to put himself in that position – it’s enough of a shock when his first touch isn’t the best one possible.

Just take this winner he scored against West Ham. There was literally only one touch he could pull off to score that goal. Of course, he pulled it off.

Manchester City have maintained their dominance since Silva left, but still, there’s no one quite like him in that midfield.

It’s almost as if their build-up play is slower – not less rushed, slower; there’s a difference – as players need to show greater care and deliberation to do what Silva was capable of seemingly without thinking.

Other players are capable of things Silva doesn’t do, but when it comes to the things he excels in, his peers aren’t doing the same simply because they can’t.

READ NEXT: Pinpointing the moment Kevin De Bruyne decided to become a magician

TRY A QUIZ: Can you name Manchester City’s top 30 goalscorers of the PL era?