For Derby County, there’s light at the end of the tunnel – we went to see it 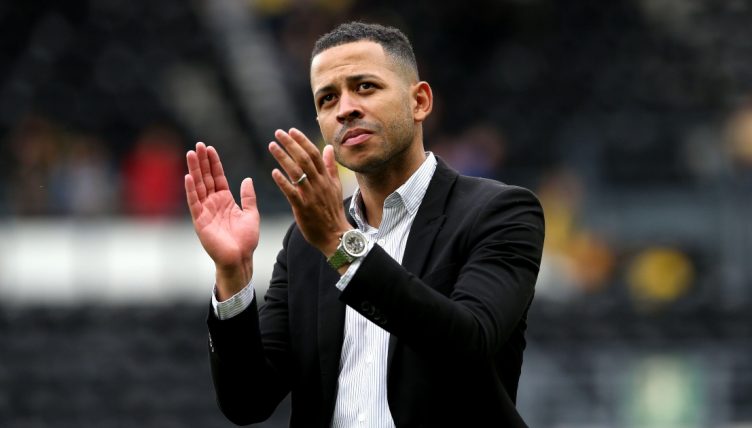 It’s often said survivors of a near-death experience gain a new perspective on things; an increased enjoyment of the little things, a decreased tolerance for bullshit and renewed zeal for life.

And it’s possible to observe a similar sensation in the hours before Derby County‘s opening game of the season and their first in English football’s third tier since 1985-86.

Since this is England, and individuality has been sacrificed at the alter of commercialism, fans of Derby and opponents Oxford United are milling together in a local Harvester under the traditional grey skies of July.

Sipping on lager that’s cheap in quality but not in price, two Oxford fans are busy schooling an elderly couple sporting white shirts with Derby’s magnificent Ram crest about everything League One.

It’s all very reasonable; the Oxford pair offer sound advice on the realities of third-tier football, about how the division is no respecter of big clubs with big reputations and warn not to expect miracles straight away.

After listening for a few minutes, the Derby gentleman downs the dregs of his pint and replies: “We’re just happy to still support a team.”

Nothing else comes close to nailing the prevailing mood; players, promotion and the usual angst can wait for another day. Derby County still exists and that fact alone is worthy of celebration.

While younger fans may associate Derby County with their record-breaking Premier League campaign in 2007-08 – one win, 11 points and relegation before the end of March – they’re one of the most storied names in English football history.

One of the 12 founder members of the Football League, the Rams won the first FA Cup final after the Second World War and lifted the First Division title twice in their 1970s heyday under Brian Clough and Peter Taylor.

Derby were still a regular top-flight presence until the start of the 2000s. The matchday programme, which is slimmer than a stick insect on the Atkins diet, recounts a 3-0 win over soon-to-be-double-winners Arsenal in 1997 and a glorious brace from Paolo Wanchope.

But recent years have been grim. Local businessman Mel Morris oversaw a level of spending unprecedented in Derby’s history, breaking the club’s transfer record four times between 2014 and 2017 as he looked to bludgeon his way into the Premier League. 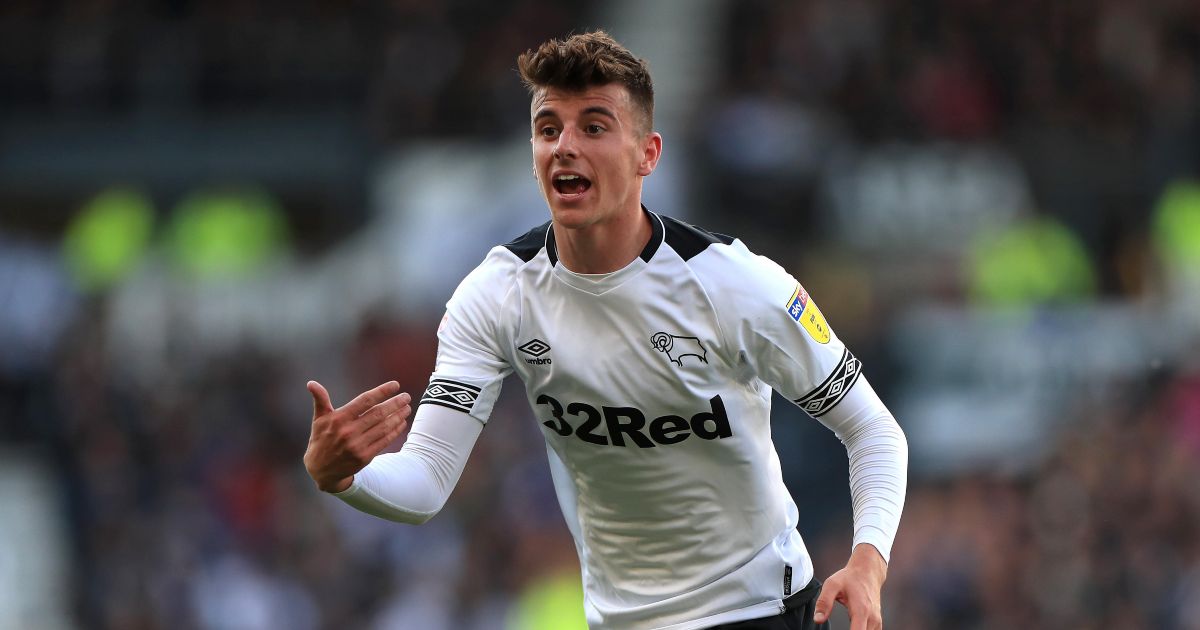 Morris also oversaw an equally unprecedented managerial turnover, with nine managers in six years from June 2015. Three failures in the play-offs, including defeat in the 2019 final against Aston Villa, were as good as it got.

And, like lottery winners waking up with a hangover and two speedboats in the living room, it soon became apparent that the club’s funds had been squandered.

Relegation was narrowly avoided under Wayne Rooney in 2021. By the start of last season, Derby were operating under a transfer embargo imposed for breaching EFL regulations and struggling to field a side.

Two points deductions, 12 and nine respectively, were levied against the club. The players and management battled valiantly but they slipped into League One following defeat at QPR in April.

That was nothing compared with Derby’s shambolic finances. Prospective takeover bids came and went while the club inched closer to liquidation by the day. Deadlines were missed, or narrowly achieved, throughout the opening months of 2022.

Rooney resigned shortly after US businessman Chris Kirchner pulled out of a deal to buy the club in June. It looked terminal.

Light at the end of the tunnel

But salvation came in the form of a local flying enthusiast. Businessman David Clowes, who has memorabilia from Derby’s days at the Baseball Ground, purchased their current stadium from former owner Morris in mid-June.

By the start of July, Clowes was the club’s new owner and, half an hour after he’d signed on the dotted line, the administrators declared that Derby County had been saved.

In an open letter to the club’s supporters, reproduced in the programme, Clowes wrote: “As a lifelong supporter, I could not stand by as the risk of losing Derby County became all too real.

“I could not have looked myself in the mirror if I had not done everything possible to protect it.”

And he answers questions for the five-page interview in the same publication with similar earnestness. When asked if he had a message for Derby fans before the new season, Clowes replied; “Thank you. It’s as simple as that. What more can I say?”

He’s already invested too. Liam Rosenior, the current interim manager following Rooney’s departure to the MLS, has been allowed to sign 11 players to bolster a skeleton squad.

Many have good pedigree: James Chester starred for Wales at Euro 2016; David McGoldrick impressed at Sheffield United; midfielder Korey Smith once scored the winner against Manchester United for Bristol City in a League Cup quarter-final.

As I walk towards Pride Park under a steady drizzle, it does feel like Derby’s road to recovery has tentatively begun.

“I came from Brighton, and a long time ago Brighton were at the Withdean [Stadium] and their fans were going on marches to keep the club alive,” Rosenior told The Guardian in the days before the Oxford match.

“It was exactly the same position at Derby, with fans going on marches to keep the club alive … nothing would make me happier in five or 10 years’ time to see Derby in Brighton’s position.”

Teething problems do remain. Derby are currently without a shirt sponsor or an away kit. They also cannot pay agents’ fees or transfer fees and have a wage cap as agreed with the Football League.

But Pride Park is sold out, boosted by more than 3000 from Oxford, and the mood of optimism is infectious. For many home fans, it’s never felt better to be back.

Oxford are billed in the programme as the ‘perfect introduction’ to League One football for the home side and their divisional know-how ensures they shade the opening stages.

Cameron Brannagan, a midfielder who played nine times for Jurgen Klopp’s Liverpool, pulls the strings in midfield and quietens the noisy Derby support.

The first big chance falls to Oxford’s Matty Taylor and, despite a miss that can safely be described as ‘glaring’, his effort is met with acclaim by an away section wielding inflatable bananas and thoroughly enjoying their big day out.

But, after their period of acclimatisation, the home side gradually take control. New winger Nathaniel Mendez-Laing runs stiffly upright even at full pelt, but his directness and speed terrify the Oxford defence throughout.

Rosenior emits controlled calmness from the touchline, although his smart causal look was somewhat ruined by a pair of black shoes with white soles. A few metres away, Oxford boss Karl Robinson bellows traditional football oaths in an open-necked white polo shirt.

It isn’t stellar viewing, although the floodlights come on at 3:30 (England, July) which enables us to watch Curtis Davies channel his inner table footballer and spin 360 degrees while completing a regulation clearance.

It’s the small things, after all.

As the match meanders on, and I gain a new appreciation for the launched goal-kick, my attention increasingly turned from the pitch to the strip of Derby supporters next to the away section.

Decked out in sportswear, jeans and identical short-on-the-sides haircuts, attempts at goading the Oxford support in heavy East Midlands accents fall flat; there’s just not enough ill feeling between the clubs and, quite frankly, it’s too early in the season to be worked up.

But Derby supporters have come in their droves – a crowd of 31,053 is the biggest at an English league game on Saturday – and they’re rewarded 10 minutes from time.

Oxford centre-back Stuart Findlay, a signing from the MLS, has time and space in defence but chooses the single worst option by passing straight to Mendez-Laing.

The ball is worked to Horuihane and the net is bulging just seconds later. Most of Pride Park erupts with life-affirming joy; home goals cannot be taken for granted after the last few years.

Conor Hourihane scoring an 80th minute winner, and only goal in Derby’s opening game of the season Oxford United 🎯

It’s no less than Derby deserved for an enterprising second-half performance and they see out the remainder of the game with a minimum of fuss. In truth, Oxford could have played until Christmas without scoring.

“There were times it was scary, not just for myself but every member of staff and anybody who had a connection with Derby County,” Rosenior said afterwards. “It makes days like this sweeter. This day will always be remembered.”

The sun makes a belated appearance as scores of people head towards the train station and comparing it to Derby’s prospects would be to stray into the realms of cliche.

But this club has been on the operating table for much of the last 12 months and, finally, there’s hope for Derby and their loyal supporters.

Even if promotion isn’t achieved this season – although their performance on Saturday suggests it’s extremely possible – Derby fans are simply thrilled at their club’s continued existence right now.