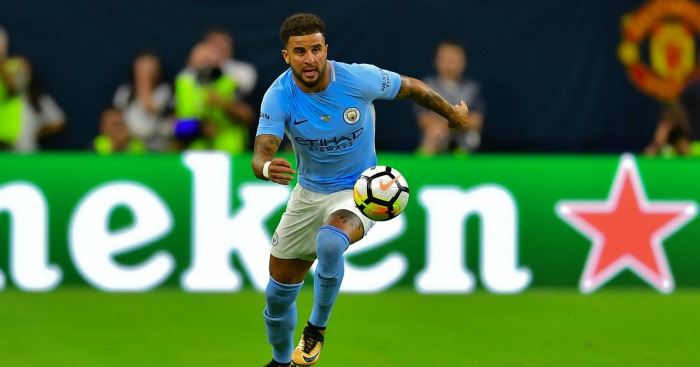 Defenders are regularly moving clubs for big transfer fees these days, but how exactly do clubs identify defensive reinforcements amid the barrage of data available?

Thanks to websites such as WhoScored, Transfermarkt and Squawka, it is not only scouts and analysts who have reams of stats available at their fingertips but also your average fan and, God forbid, journalists.

But though statistical analysis and comparison articles are now everywhere, the stats available to the public are rudimentary compared to the much more detailed, paid-for, data available to the clubs themselves.

And Derby County’s chief scout Joe McClaren has provided us with an insight into how clubs identify potential defensive signings.

“Even without the use of stats, scouting defenders is one of the most difficult positions for several reasons and this also translates into judging by statistics,” says McClaren.

“For many reasons, taken out of context these can be misleading. For example, teams that are lower down the league should be defending more and therefore bring higher numbers.

“Team style can also affect them – a team pressing high up the pitch may force a higher number of longer balls onto their defence, which could bring up the number of aerial duels.

Gary Cahill in the Premier League for Chelsea since 2012/13:

“Opposite to that, a team that sits back will invite more passes for the opposition and maybe produce higher tackling or interception numbers.

“A simple way around it is to look closer at percentage stats – percentage of successful headed duels, unsuccessful clearances, successful tackles and interceptions etc.

“Comparing the amount of successful actions against the overall number of actions creates a score more comparable to defenders from other teams.”

Derby have signed two defenders this summer in Liverpool right-back Andre Wisdom and Hull City centre-back Curtis Davies, with both players starting the 1-1 draw at Sunderland in the opening game of the Championship season.

Stats do inform the Rams’ transfer policy, but they used as part of a wider identification process in which more importance is placed on the live scouting of players.

As McClaren explains, the process is divided into three sections: flagging up, ground work and backing up.

“The flagging up stage will include live scouting, video scouting, stats and external tip offs. Ground work will then involve live repeated scouting and video check ups, before then starting to find out contract and character background information.

“Finally in the back up stage we want to do final checks and help cement the reasons why this player is on our final list. This will feature further background references, stats, video compilations and importantly coach manager viewings.

INTERVIEW: 'It's a real coup to get him signed up' 👏

“In the flagging stage we will have a set of statistics that match our player profiles for each position in line with how the manager wants to play. We can also adjust these player profiles depending on what our team is missing.

“We’ll use these to highlight players abroad and in our own league that we can then pursue on video or live.

“Then in the back up stage we will use them to compare statistics with both others in the target list and our own players for the same position.

“By doing this we can back up what we have seen in the scouting, help the manager in his conclusions and give some objective information to show the board.”

As domestic signings from the Premier League often cost a premium, clubs continue to turn to the continental market, which in itself provokes a slight change of approach.

“Scouting across Europe also brings its issues in the level of player the defender plays alongside and the level of attacking players they play against,” McClaren says.

“There also different styles of leagues, with most in Holland and Scandinavia bringing attack through possession and others like Germany and France bringing much more physicality in attacks.

“To help counteract this in terms of stats we can weight the statistics to produce higher scores to the defenders that are playing in leagues more relative to the Championship.

“Looking back over previous seasons can help us backing up our reason for signing or dismissing a player. If we can start to see trends that cover more than 100 games you have to respect the stats conclusion a lot more.

“However, again, across seasons the player could have been playing better or worse with different team-mates, involved in different styles of play or different level of leagues, so we have to dissect the numbers and ask whether we can fully trust them.”

The message from McClaren is clear: stats can be helpful, but they certainly don’t paint the full picture.

“Ultimately, judging a player for us throws up many off the ball actions which aren’t covered by the stats,” he says.

“You want to see the player to show he’s calm under pressure, you want to see how they react after an adverse situation. Do they frustrate team-mates or do they bring the team together? Do they track back and do they work hard?

“Signs of being a team player, of leadership and of good attitude are very important to us especially in the 46-game Championship season. For this I’d say we have used live scouting, video scouting and character references to find out more than stats.

“Finding trends is good, but when looking in isolation you have to go in with an inquisitive mind.

“We welcome stats and deal with them on a daily basis, but knowing when and how to use them is very important.”