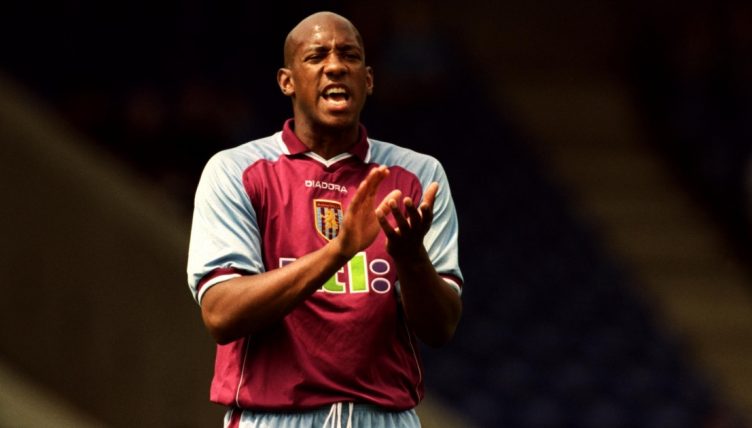 It was weird. Dion Dublin was supposed to be our – Aston Villa’s – striker.

He was the guy who scored seven goals in his first three games for the club, the guy who recovered impossibly quickly from a broken neck to put us into the FA Cup final, the guy who sat 15th on the all-time Premier League goalscorers list.

Yet here he was, in front of the Holte End, playing centre-back. And he was doing it rather well.

Watching your childhood hero transition from an unstoppable striker into a stop-everything defender is a strangely unnerving experience. The feeling, as a 12-year-old at Villa Park, was somewhere between mild confusion and total respect.

Dion Dublin was not unique in his ability to play as both a striker and a centre-back, but the art of juggling these two contradictory skillsets is shared by few – and appears to be dying out.

Chris Sutton, Gary Doherty and Paul Warhurst are other examples of the centre-forward-centre-back, a role that requires a certain selflessness and quiet intelligence you rarely see among goalscorers.

It is this quality that gave Dublin’s withdrawal from the front line a heroic aspect. 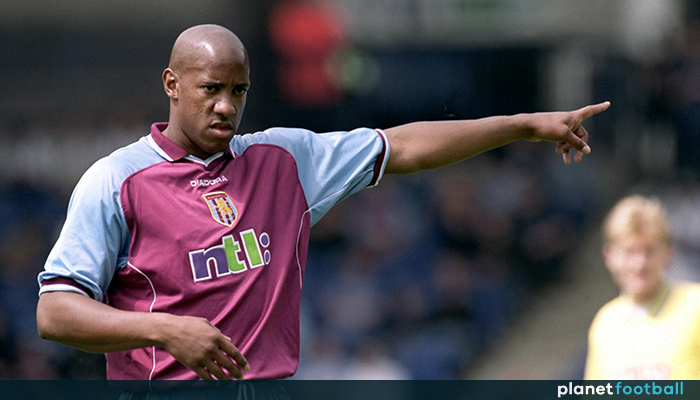 On some level, his recalibration mirrored my own growing maturity as a football fan. As Villa’s former goal-machine took a step back to shepherd his team from the rear, so too did my appreciation of the more nuanced, and less celebrated, aspects of the game develop.

Still, it didn’t make much sense to me at the time.

It was a jarring sight made all the more unsettling by how natural Dublin appeared in the role.

Granted, the footballer’s forehead is a lethal weapon at either end of the pitch, and his was particularly destructive (just ask Robbie Savage), but heading is generally the only attribute shared by players in those positions.

Counter-intuitively, Dublin believes spending most of his career as a striker actually handed him an advantage over those who had only ever trained as a centre-half.

“Being a striker definitely helped,” he says. “When I was playing centre-back I would stand like a striker. I could predict where the ball was going to go and get their first – before the striker made a move – because I knew what kind of runs a forward would make.

“I remember when I was marking Wayne Rooney, playing centre-back for Villa, and he told me I was the best centre-back he’d played against.

“He said he couldn’t do anything, even though he was faster than me, and it’s because I was anticipating where the ball would go. And I remember thinking, ‘wow, I must be doing something right for a 19-year-old Rooney to say that.'”

This is an intriguing thought and a testament to Dublin’s intelligence. As a top-level striker, he spent an entire career perfecting the little darts and shimmies needed to gain half a yard on the opponent, and when he made the switch to defence the moves were already etched in his memory.

This conforms neatly with my memory of Dublin. When lurking up-front with Julian Joachim he was all action, charging diagonally across the line for a glancing header, but when sat in defence he was, in his own words, “a totally different person”.

Dublin the Defender never seemed to move. He didn’t have to. Like so many of the great centre-backs, the ball just landed at his feet or on his head over and over again.

In retrospect, this makes sense; Dublin knew how all the component parts would move around him and simply skipped to the end point. 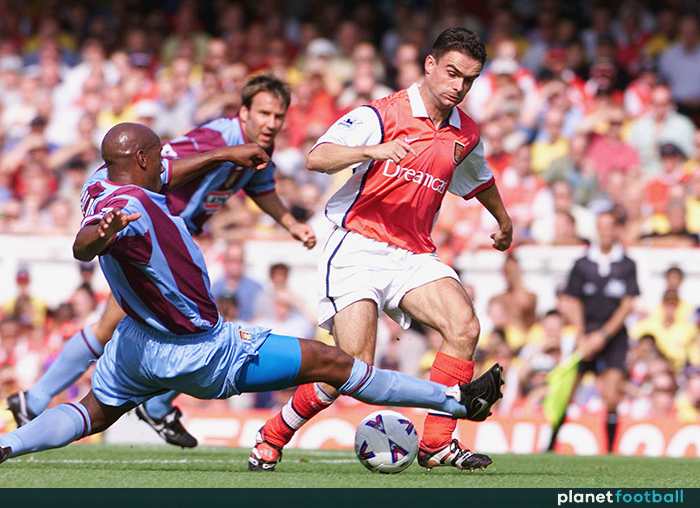 He believes all players would improve if they followed his example, although he doesn’t expect it to happen any time soon.

“If I was a coach I’d get everyone to play in different positions [on the training pitch],” he said. “I’d have the goalkeepers play as forwards, the defenders as wingers, etc. I’d have everyone out of position because you learn so much more that way.

“But it wouldn’t happen now. Back then we used to train all together as a team, whereas now the forwards train separately and the midfielders train separately. So you wouldn’t ever play in those roles: forwards today are trained as forwards, and nothing else.”

The advanced specialisation in football today has improved the overall quality; it is faster, sharper, and more athletic than ever, but has this come at a price? Will we ever again get the weird pleasure of seeing the ‘ST/CB’ tag next to a player’s name on Football Manager?

And then there’s the other argument. The one familiar to my generation only via the groans of our elders: footballers used to be much tougher than this.

Though only vaguely understood by young fans, men of Dublin’s generation lived through the changes in players and understand the impact this has had on the game – including the prospect of swapping centre-forward for centre-back. 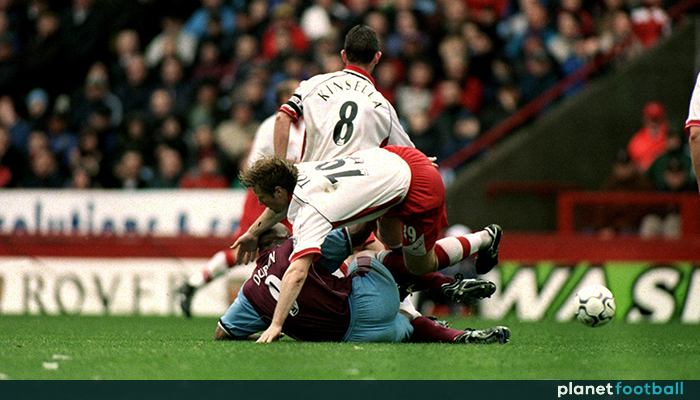 “There are players today that could play at the back, but I’m not sure that they would want to. It’s a position that doesn’t get any attention. It’s quieter.

“A friend of mine in the game said I wouldn’t last five minutes [as a coach] because the attitude of the young kids is so different now. I like young players that have worked. That have jobs. That scrub the first-teamers’ boots.”

But the modern game has changed irreversibly, and not just in the academies. Nowadays the top teams use ultra-fluid tactics that no longer fit those formation grids we use to ever-so-neatly arrange the players into separate lines, yet among all the rotation there is one outfield position that just doesn’t get switched around anymore. 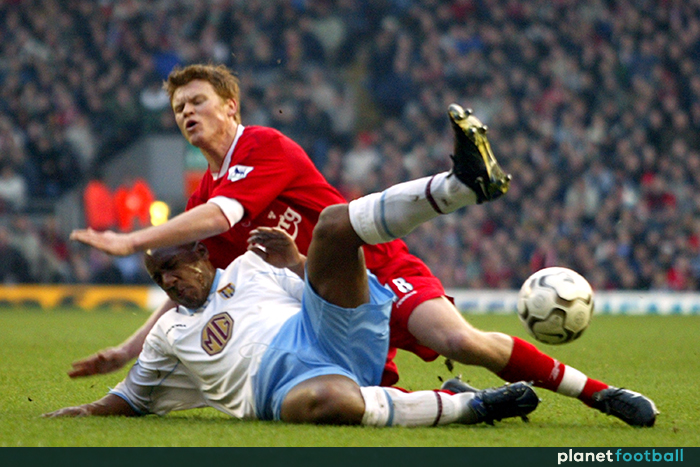 Whether the result of increased specialisation on the training field or the decrease of young players wanting to do the dirty work of a defender, Dion Dublin is, maybe, the last of a dying breed.

Or perhaps he was never part of a larger pattern. Perhaps, along with Sutton, Doherty, and Warhurst, he was part of just a bizarre kink of nature – a wonderful little hiccup that transgressed the rules we were supposed to follow.

Dublin does, after all, hold a particularly special place in the hearts of both Aston Villa and Coventry City fans. There is nobody else on earth that can boast that accolade.

This article was originally published in January 2017.