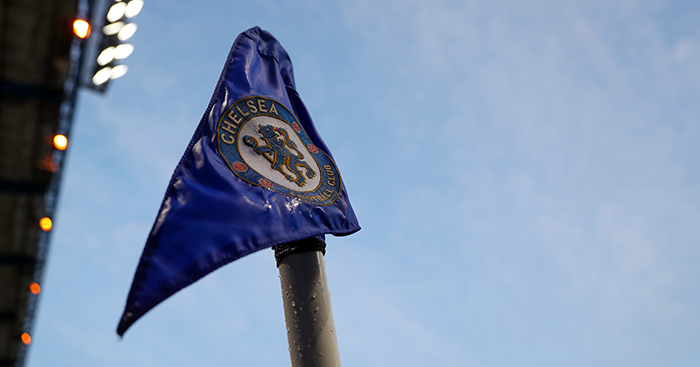 On January 2, 2018, the day he turned 16, Thierno Ballo left Viktoria Köln in Germany to sign a scholarship deal with Chelsea. It was a move two years in the making.

Aged 14, in preparation for a move to west London, Ballo left Bayer Leverkusen to join FC Viktoria Köln, an amateur club in the fourth tier, where his training regime could accommodate trips to Chelsea’s Cobham Training Centre designed to focus his development ahead of his eventual move.

The striker appeared for the Blues’ youth teams as a guest player in the intervening two years, but young players from countries within the European Union are only legally permitted to move to another country after turning 16.

It has become increasingly common for top clubs to look down the chain of player development to secure top talent from overseas, and though no figure for Ballo’s move to Chelsa has been released, he was the centre of a feature on German television programme Sportschau looking into the vast sums of money now being spent on young players.

When asked how he feels about his signature being valued in the millions, however, Ballo doesn’t seem concerned: “It’s just a distraction, really, and I don’t want to get involved in that.”

Like every other academy player at every other club, regardless of where they have come from, Ballo faces a tough challenge to progress to the Chelsea first team – but he certainly shouldn’t be hampered by the move to a new country.

Born in Fresco, a small town in Côte d’Ivoire, to a Guinean mother and an Ivorian father, Ballo moved to Linz, Austria at the age of five and then to Cologne aged 11, joining Bayer Leverkusen after being discovered playing amateur football by an agent.

He quickly established a reputation as a Wunderkind and attracted the interest of several big names in European football, but ultimately, it was England, and Chelsea, that impressed Ballo the most.

“When I was younger, I felt that I wasn’t really progressing and developing as quickly as I wanted,” he says. “I knew that looking abroad would be the best option for me.

“Football is different in England and Germany. In England, the game is much faster and harder. Everyone gives 100%, they never want to lose. They train even more than in Germany.”

Moving to Stamford Bridge is a "dream" for the wonderkid

Along with other young players living away from home for the first time, Ballo is housed in a dormitory around 10 minutes from the training ground.

He paints a picture of a routine akin to that of a boarding school.

“The training is pretty intense,” he says. “We get picked up and driven to the academy, where we have breakfast and then are on the pitch for our first training session at 10.30am.

“Then we have a break, eat lunch, and relax for an hour playing billiards or watching TV before we have our second training session. This is often strength training, or working on our weaknesses.”

He also manages to fit in English classes, too.

Ballo says training sessions are often visited by some of Chelsea’s first-team stars: “Those guys take the time to talk with us, telling us their stories and how they got there. They’ve really made me feel welcome at the club.”

In his maiden campaign in England, Ballo has so far made five appearances, including four starts, and scored two goals.

As a youth player in Germany, he was often deployed as a striker or winger, but his four starts in blue have all come as a central attacking midfielder, living up to the No.10 on the back of his shirt.

GOAL, 1-0 Chelsea. Thierno Ballo gets the Blues off and running midway through a decent first half. Broke through on goal and produced a composed finish.

Either way, his exploits have not gone unnoticed. Despite being a few months shy of his 17th birthday, Ballo was called up earlier this month into the ranks of Austria’s U19 set-up for a friendly against Sweden.

He made his debut from the bench as a late second-half substitute and promptly put the ball in the back of the net.

While things are clearly going Ballo’s way in the early stages of his young career, the player knows that there is room for improvement. “I need to work on my defensive contribution and on my weaker (left) foot.”

It’s easy to wonder if the combination of illustrious surroundings and world-class clubmates, coupled with a meteoric rise and the pressure to maintain it, might weigh too heavily on young shoulders, or give way to a sense of entitlement.

But Ballo seems to be taking the new changes in his life in his stride and resisting the temptation to allow success to go to his head.

“I’m just focused on doing well for Chelsea,” he says when asked about what he would like to achieve and where he might like to play in the years ahead of him.

Chelsea have officially registered their 40-man squad for the UEFA Youth League campaign, which begins next Wednesday at home to Molde. #CFCU19 #UYL pic.twitter.com/uaEakHBwGy

That response might be a standard line, coached into a young player like any other footballing skill.

However, there is a humility and maturity about Thierno Ballo that seems nothing but genuine. Back in Cologne for a short break, he catches up not only with his family but also former team-mates.

“We grew up together and, as young players, we spend more time on the pitch and in training than at home. We’re like brothers, and we always will be.”

Those quick feet are planted firmly on the ground.