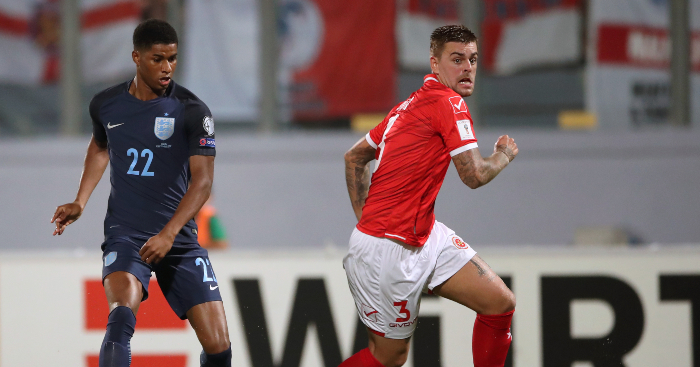 In these days of high wages, influential agents and freedom of contract, it’s often assumed that players hold all the power when it comes to transfers.

While the balance has certainly shifted away from clubs in the modern era, that isn’t always the case, as Sam Magri found when leaving Portsmouth eight years ago.

A young centre-back believed to have a bright future ahead of him, having represented England on multiple occasions at youth level, Magri felt forced out of Fratton Park just two weeks after making his professional debut against Plymouth Argyle in the League Cup.

Portsmouth were the club he had grown up supporting and dreamed of playing for, but they were in dire straits.

“It wasn’t my choice,” says Magri, who is currently playing for Havant and Waterlooville in the Conference South. “I didn’t really want to leave but the manager at the time (Michael Appleton) told me that I was going, basically. That was that, and I was gone the next day.

“It’s a crazy life really, but that’s the way it went. I think maybe money was part of the reason, but at the time I don’t know what happened.

“I was obviously involved with the first team. I’d been on the bench in the Championship a few times and then played at the start of the next season, but after that I don’t know. The manager didn’t seem to like me, or rate me, so that was that.

“It was on transfer deadline day. I was just at my mum and dad’s at the time and I got a call saying I’d got a medical up at QPR in a few hours and a contract to sign. Everything just happened so fast. I didn’t want to leave Pompey, but it wasn’t my choice.

“Players are just a commodity really. In some situations you have a say, but in some you don’t. Whatever happens, I suppose you’ve got to get on with it.” 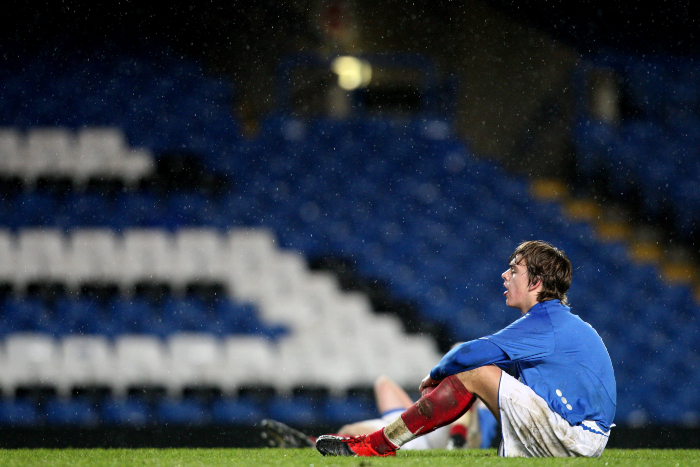 With little time to make a decision, and the distinct sense that the club were happy to let him go, Magri agreed to move to Queen’s Park Rangers, who had just about stayed in the Premier League on the final day of the previous season.

It was a clear step up in terms of their respective league positions, and first-team opportunities were inevitably much harder to come by. The 18-year-old’s prospects weren’t helped by the sacking of Mark Hughes a couple of months later.

Hughes’ replacement, Harry Redknapp, has rarely been considered an advocate of young players and invested heavily in experience during the January transfer window. Magri watched on as his chance slipped by.

“I was just playing for the Under-23s team,” he says. “I felt like I was doing well in those games but obviously never got a chance in the first team. I ended up going on loan to Nuneaton in the Conference.

“I think I played seven games and I probably learned more in those seven games than I did in the two years I was at Under-23 level. Even though it’s at a lower level, it’s men’s football. You’re playing for points, bonuses, money. There’s a lot more riding on the games.”

It was during his spell at QPR that Magri’s involvement with the England set-up ended too. He had been a regular at several age groups as he rose through the ranks at Portsmouth but, aside from a single Under-19s cap shortly after moving to Loftus Road, he faded from view.

Magri remembers his England experiences fondly, especially reaching the quarter-finals of the Under-17s World Cup in 2011. Jordan Pickford, Nathaniel Chalobah, Nathan Redmond and Raheem Sterling were all part of the same squad.

“Travelling around the world, playing football, it doesn’t get much better than that really. The best time was the Under-17s World Cup in Mexico. That was brilliant. I loved it. We were away for quite a while playing in big stadiums. It was just an amazing experience.

“It was a good team. We lost in the quarter-finals to Germany. We didn’t start very well. We went 3-0 down and ended up losing 3-2. I scored in that game, but I think with the team we had we could have done better.

“You could always tell that Sterling had something special, but in football you never know what’s going to happen. You can go one way or the other. Obviously, he’s done really well for himself. He’s at a massive club, winning titles. It’s good to see. He was just a normal lad really. A nice person – funny, good to be around.” 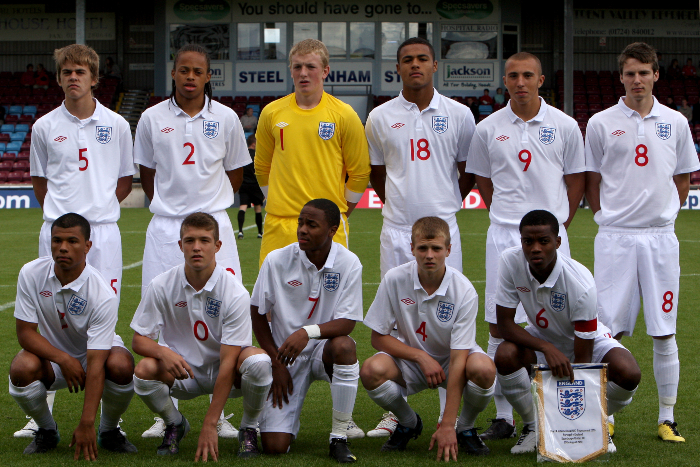 Sterling and Magri might have been team-mates at club level if things had turned out differently. In February 2012, while still at Portsmouth, the defender was taken on trial by Liverpool.

“I was in a hotel in Barnsley. I was due to be involved in a squad the next day. The manager called me, got me downstairs and told me that I was going to Liverpool on trial. It happened so quickly,” he says.

“I went up there for a week, I did really well and played in a game. The way I performed, I thought I’d get signed. I got a call, and they just said to me, ‘We can’t sign you because of your pace.’ I’m not a slow centre-half, so that was a strange one. But it was nice to know they were interested.”

There’s a sense that joining QPR might have hindered Magri’s development at a crucial age. Although he was training with better players, he wasn’t given enough exposure to meaningful men’s football. The matches he played for the Under-23s lacked a real competitive edge and he found himself in the same situation when he joined Crystal Palace in 2014.

After leaving a year later without making a first-team appearance, he now wishes that he’d made a different decision.

“I had the choice to go to a few Conference clubs, but I went to Palace. I regretted it really. Knowing what I know now, I’d rather have gone to one of the Conference clubs. I think I made the wrong choice and I sort of wasted a year.”

Making up for lost time

Magri belatedly dropped into non-league with Dover Athletic, where he had the opportunity to play regularly and prove himself in a team challenging for promotion.

“In my head I still thought that I could have played at a better level. My first few games in the Conference were tough because going from Under-23s football to men’s football is a big change.

“But once I got down there and started playing, I was enjoying football. It didn’t really affect me. You want to stay as high as you can for as long as you can, but I thought it would be better to drop down and play proper football than just stay in an Under-23s team.”

Over the last five years, Magri has accumulated plenty of invaluable experience at Dover, Ebbsfleet United and now Havant and Waterlooville, making more than 200 appearances.

During his time at Dover, Magri switched international allegiance to play for Malta, the country where his grandfather was born. After a few appearances for the Under-21s, he won his first senior cap against Slovenia in a World Cup qualifier. In September 2017, he faced an England side spearheaded by Harry Kane and Raheem Sterling.

“I spoke to a couple of them before the game. You know before you play that it’s going to be a really tough game, but you try and enjoy the experience.

“We did well. It was 0-0 going into the second half. They ended up winning 4-0. I think we did well that day, but in the last five minutes they scored three goals.

“I was playing in non-league against players who were playing in the Champions League. I think I gave a good account of myself. Some people who are at a higher level never get to play international football, so it was just a proud moment really.” 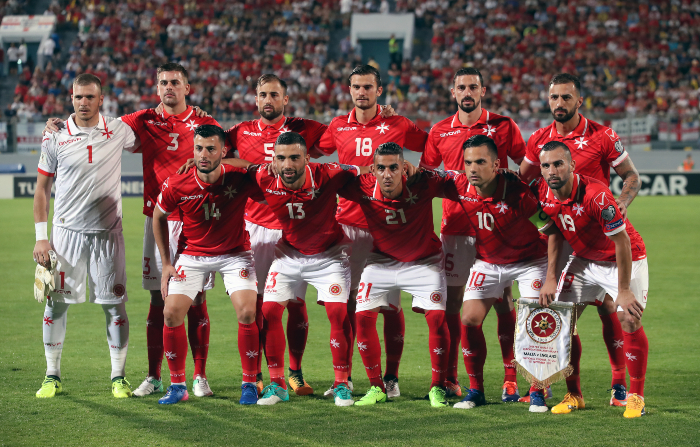 Representing Malta gave Magri some great memories, including a trip to Hampden Park just three days after the England game, and showed that he could hold his own against players competing at the top level. It remains his ambition to make it back into the Football League.

“Every time I play, I do the best I can. My coach thinks that I can play at a higher level so I’ve just got to keep going and hopefully something will happen one day.

“Don’t get me wrong, I’m happy where I am, but I think everyone’s aim, including mine, is to play at the highest level they can. I do want to do that, but if it doesn’t happen then it isn’t the worst thing. I’m doing well for myself, making a good living and playing at a good club.”

For now, the 26-year-old is happy to be enjoying his football, as well as helping out with his dad’s roofing business on days off. His career has taken a different route to the one that was widely predicted when he was a teenager, but there’s no frustration on his part.

“I didn’t really have any expectation of where I should be. I didn’t really know, and obviously in football anything can happen. I was just trying to do the best I could and see where it took me. Sometimes it goes for you and sometimes it doesn’t,” he says.

“I might not have been what people wanted, or doing as well as they wanted me too. It’s just all a game of opinions.”