The experience of a Cologne-based Arsenal fan: ‘Different, if not magical’ 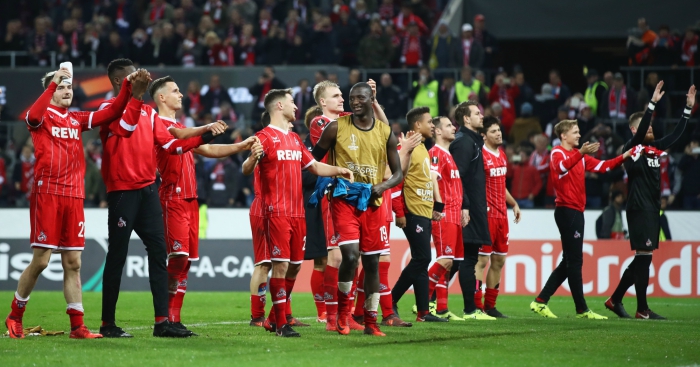 Those looking for a second team to support alongside a long-time favourite could do much worse than FC Cologne.

The German club masterfully weave tradition, passion, and humour to enthral as few others can. Thursday night’s Europa League match against Arsenal provided the perfect demonstration of why the Rheinland club is just somehow different, if not magical.

Prior to the showdown with the group leaders, the mood surrounding the German club could not be described as anything approaching cheerful: last in Group H, facing elimination, and rooted to the bottom of the domestic league table with the joint-worst start to a Bundesliga season after 12 matches.

To progress in European competition, potentially to salvage their season, and certainly to buoy the moral of their long-suffering fans and the city around them, they needed a victory, if not a miracle. Luckily, Cologne is one of those clubs able to conjure something where others only flounder.

In Wednesday’s pre-match press conference, Arsène Wenger acknowledged it would be a difficult match for his side, but the man sat to his left made the more prescient comments.

When asked about what he and his team-mates would face in Cologne, Arsenal captain Per Mertesacker said the atmosphere there was “definitely special” and admitted that his own league debut, in a match in Cologne, ended with a half-time substitution enforced by the pressure from the stands. He went on to say that Cologne is “one of those clubs you can feel are different”.

He is undoubtedly correct in his assessment; a match in the RheinEnergieStadion is unlike anywhere else. There’s a special mood about Cologne, and its football team are proud ambassadors of the same feeling. 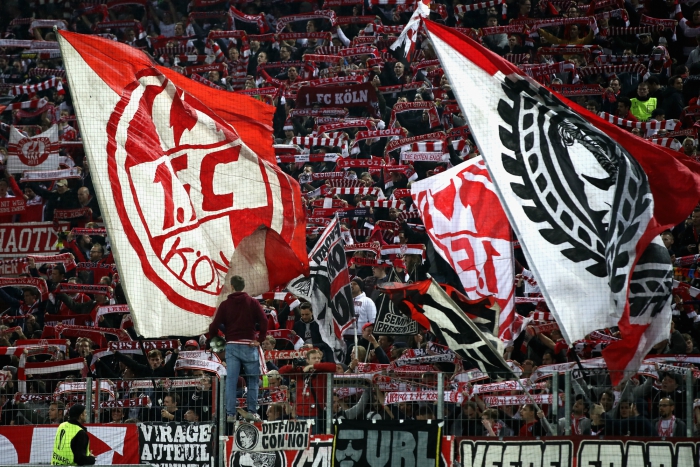 Being among Cologne fans is simply something unique and special in football.

Maybe it’s the songs. Maybe it’s the laughing and joking between total strangers. Maybe it’s seeing a father and his four-year-old son smile and wave at an opposing fan doing the ‘wanker’ gesture until he’s left with no choice but to sheepishly wave back.

Everything, from the club’s logo, to the “special songs played before the match” (to borrow Mertesacker’s words), to the facepaint and colourful disguises seen around the stadium, is part of the larger tradition that forms a central pillar of Kölsch identity: Karneval.

Karneval is a centuries-old celebration of upheaval. From November until Lent is Karnevalssession, the ‘fifth season’. The system is to be upturned, norms mocked, social norms turned on their head, the extraordinary, unexpected, and ridiculous celebrated.

Pleasures of the flesh are exalted, winter spirits are to be chased away, stereotypes of dour, humourless Germans be damned. When celebrated en masse, Karneval is magic. Powerful, seductive magic. 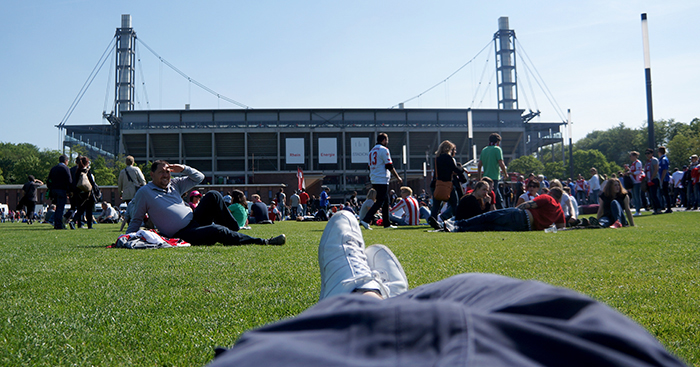 READ: The Cologne and Rhein-energie Stadion matchday experience in 21 photos

As a break from everyday life intended purely for entertainment, football is the perfect venue and companion for Karnevalesque absurdity. Masses 40 000 strong gather, and Cologne make the ridiculous divine.

More correctly, they’ve had a series of goats since 1950. The current one goes by the moniker Hennes VIII. He’s the city zoo’s most famous resident and something of a local celebrity. Earlier this year, Cologne’s leading newspaper reported that Hennes was newly single (widowed, sadly) and looking for love.

The article included a personal ad, complete with headshot. Hennes I, the club’s first mascot, was donated as a joke to bring the club luck.

Is it absurd to have a goat as a mascot? Maybe, but Cologne embraced its charm and made a goat part of the club logo. It remains to be seen when Gunnersaurus will grace the Arsenal shirt.

Before each match, immediately following Hennes’ entrance into the stadium and its accompanying roar of applause, comes the Cologne anthem, “Mir stonn zo dir FC Kölle”.

The tune may be familiar (being that of “The Bonnie Banks o’ Loch Lomond”), the words less so. They’re not German but Kölsch, the local dialect sharing a name with the beer that acts as both fuel and reward for the thousands in the stadium and raising glasses in the city’s many bars.

A rainy midweek evening was the perfect occasion for the first home match of the fifth season. Songs, chants, and nervous laughter wafted over a match bubbling with the frustrated tension bred by one side needing only a point, and the other needing only a goal. On the hour mark, the incantations had their effect; penalty Cologne!

It must have been sorcery. What else could cause a lifelong Arsenal fan to hold his breath with the ball on the spot and scream in ecstasy when it hit the back of the net to put the Gunners 1-0 down? 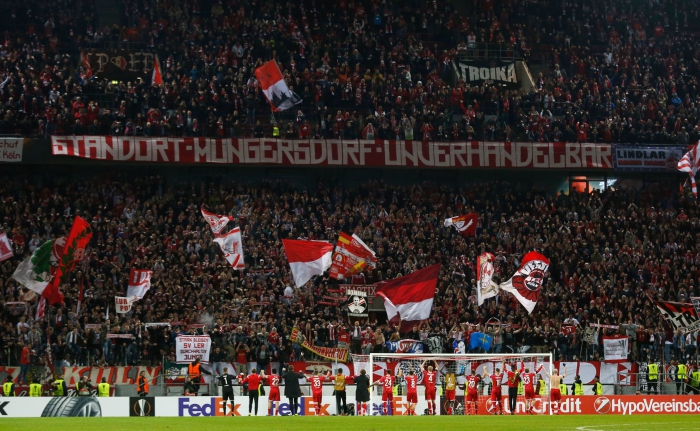 Whatever it was, the spirit was infectious and after the home side scored, it was simply more enjoyable to be swept away in the wave of elation and join in the chorus of “Kölle Alaaf!”. Quite what it means is inconsequential; it merely summons good cheer.

In the closing stages of the match, with that one-goal lead looking to be enough for unexpected victory, one refrain could be heard loud and clear: “Wir spielen wieder in Europa!” (we’re back in Europe).

After a 25-year absence, Cologne fans could permit themselves further revelry, knowing that their spell in European competition was not yet over, destiny still in their hands. Per Mertesacker’s final action before walking back to the dugout and disappearing down the tunnel was a curt nod and thumbs up in recognition of the power wielded by the victorious home support.

Whether Cologne can summon enough magic or luck to finish second and get out of Group H remains to be seen. What is certain is that if they can secure passage into the next phase of this year’s Europa League, European football will be richer for it.