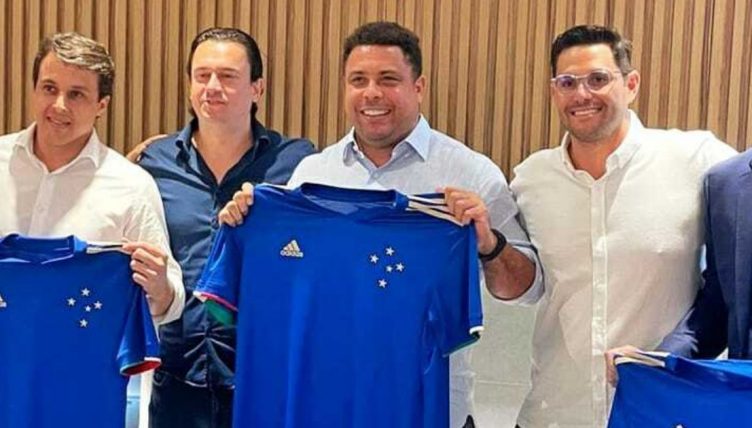 On Saturday 18 December 2021, Brazilian football legend Ronaldo announced that he had bought Cruzeiro, the Belo Horizonte club where he made his professional debut as a scrawny, buck-toothed 16-year-old in May 1993.

Even on the most superficial level, the news was fascinating, and it immediately made hundreds of international headlines. How many former players end up owning the club where they made their name, never mind those as iconic as Ronaldo?

But dig a little deeper and the intrigue grows further. The deal tells three stories: one of the rapidly changing face of Brazilian football; another of Cruzeiro’s demise from dominant force to basket case; and, finally, that of Ronaldo’s transformation from supreme footballer to successful businessman.

It also begs multiple questions; most significantly, how will Ronaldo cope with the enormous challenge of returning Cruzeiro to the top?

Just a few years ago, the possibility of a deal like this would have been utterly inconceivable.

Though there are Brazilian clubs that are run as businesses – Red Bull Bragantino being the most prominent example – most in the county have traditionally been non-profit members’ associations.

They have presidents elected by members of the sports club, people who pay to use facilities such as tennis courts and swimming pools.

This results in a limited group of people, often with their own interests or allegiances, electing amateurs to administer the nations biggest clubs. Understandably, that causes issues. Incompetent, glory-seeking presidents often spend more than their clubs can really afford, plunging them into debt.

Cruzeiro is the prime example among many. They are one of the giants of the Brazilian game, two-time winners of the Copa Libertadores and until recently one of the nation’s top sides.

In 2013 and 2014, the Foxes, as the club is nicknamed, won back-to-back Brazilian league titles with a brilliant team. As recently as 2017 and 2018, they won consecutive Brazilian cup titles.

But by the time of the latter, serious cracks were starting to appear. Arrears had spiralled and mismanagement was endemic.

Things came to a head in 2019, when Cruzeiro were relegated for the first time in their 100-year history and debts topped a billion Reals. To make matters worse, a number of club directors were arrested on accusations of money laundering, corruption and other crimes related to their administration of the club.

For the past two seasons, Cruzeiro have been marooned in the second tier, weighed down by hulking debt and police investigations. Following a terrible 2021 in which they finished 14th in Serie B, they will remain in the second division in 2022.

Yet in August 2021, a window opened and a ray of positivity shone through. A new law was passed by the Brazilian government that allows clubs to form limited companies to administer their professional football operations, while the members and presidents retain power over the social club and its facilities.

Some have presented the change as a silver bullet to all of Brazilian football’s problems, which is overly-optimistic as there are plenty of dangers inherent to the new model. But the law does permit clubs to renegotiate certain debts through the Brazilian judicial system and, most importantly, to attract external investment.

Cruzeiro were the first to act. The limited company was registered in late November and on 17 December club members voted in favour of a motion that would allow an investor to take up to a 90% stake in that limited company.

Negotiations had clearly already been underway for some time as the next day a Brazilian investment bank, XP, announced that it had intermediated a deal which will see Ronaldo, through his company Tara Sports, invest 400million Brazilian Reals (around £53million) into Cruzeiro’s footballing operation “over the coming years”. In return, he will take that 90% stake.

But things will not be easy, solutions not immediate. Ronaldo is fully aware of that fact – both as someone who understands the depth of the hole Cruzeiro are in and the difficulties of owning a football club.

Ronaldo also owns a controlling stake in the Spanish club Real Valladolid. He first acquired 51% of the club’s shares in 2018 through Tara Sports and has since pushed that up to 82%.

Since then, he has paid off €25million in debt, reformed the stadium and managed to turn profits on young players. The value of the club has risen significantly.

But it has not all been smooth sailing. In 2021, Valladolid were relegated to Segunda Division and fans protested against Ronaldo, lambasting him for being absent from the stadium on the day that relegation was confirmed.

Before Valladolid, Ronaldo was also a minority partner in Fort Lauderdale Strikers, a Florida-based NASL club that went bust in 2017.

What does that mean in the context of Cruzeiro? It is difficult to say, precisely, but it does mean Ronaldo is not going into this blind. He has the experience, lessons will have been learned. 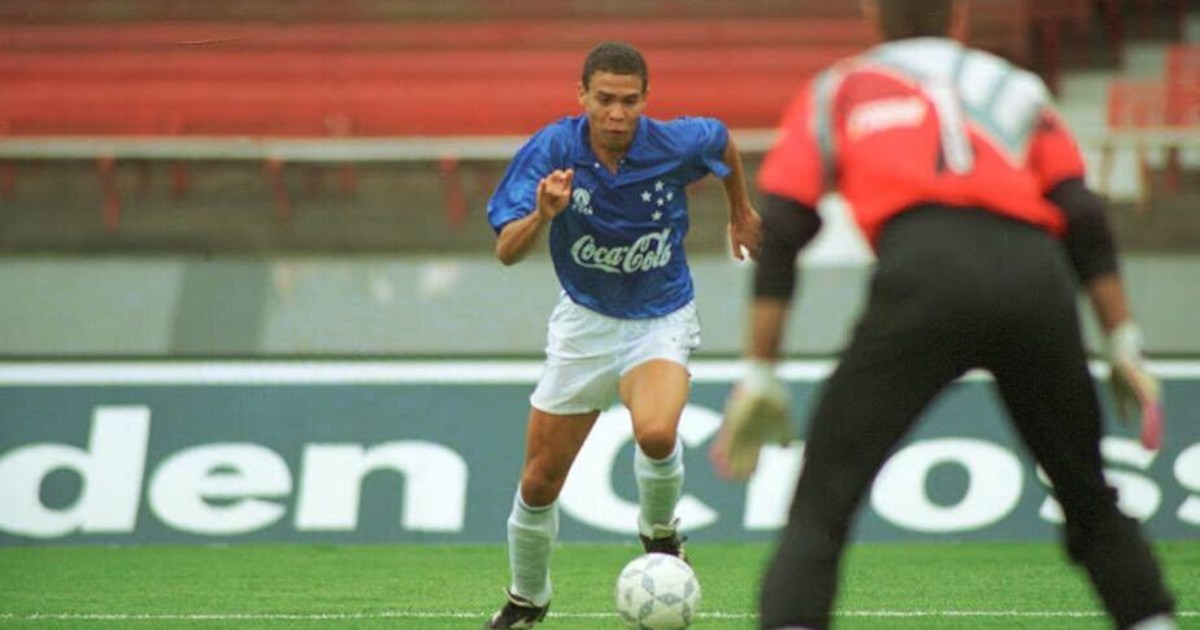 Still, making the Foxes fantastic again will be a far greater challenge than any he has faced previously.

While Valladolid are a historic yo-yo club with a limited fanbase, Cruzeiro are continental giants with a reported nine million supporters, nine million of whom expect to see their side competing for the biggest trophies on offer, not floundering in the second tier.

There is also a degree of the unknown. Ronaldo is not buying a club in the normal sense that one might in other countries, he is not paying a previous owner who can take the money and invest it elsewhere. Ronaldo is Cruzeiro’s first-ever owner, sailing into uncharted territory.

For his 400million Reals – which, it is worth reiterating, will be invested over several years – he is getting the enormous potential of Cruzeiro, but the limited company he now owns 90% of is responsible for paying off the gargantuan debts that belong to the old association, and the deep-rooted administrative issues that dog Brazilian football as a whole will not now magically dissipate.

Immediately, a portion of Ronaldo’s money will go on paying those debts that cannot be renegotiated. Some will also be invested in strengthening the team for a promotion push in 2022.

Ronaldo has already moved to calm expectations. In the Instagram post announcing the deal, he wrote about his affection for Cruzeiro from his time there as a teenager, before concluding: “The time has come to return. Not as a hero. Not with superpowers to change the reality [of the club] alone. But with immense responsibility. With intelligent and sustainable management for long-term growth…

“Now we start a new chapter in the history of the club. I return because I believe in Cruzeiro’s return! I return to be part of the change in Brazilian football.”

Quite where he goes from here and exactly what he wants to achieve are still unknowns, however.

Has he really bought Cruzeiro out of some great affection he holds for the club? It seems unlikely.

On Brazilian channel SporTV after the deal, presenter and former investigative reporter Andre Rizek said similar: “I don’t believe Ronaldo is at Cruzeiro for the love of the club that launched his career. Ronaldo is acting as a businessman. In his life, he’s spoken little of Cruzeiro.”

Indeed, Ronaldo has made more money in his post-football business career than he did as a player. As well as the clubs he own, he also heads up a marketing agency, acts as an agent for players and is investing in e-sports, audiovisual content production and data collection.

It seems there are two options for Cruzeiro from a business perspective.

First, he could invest enough to return Cruzeiro to the top flight, pay off some of the debt and flip the club for a profit. Alternatively, Roanldo could see it as a long-term part of a plan to found a group of clubs, including Cruzeiro and Real Valladolid, and perhaps others, in the mould of the City Group or Red Bull’s international footballing project.

In an interview with FourFourTwo in October, he discussed the possibility of acquiring a club in England and said that he was tempted to invest in both Charlton and Brentford before choosing Valladolid.

This, of course, is speculation. But the possibilities of what are to come for Ronaldo and Cruzeiro are certainly intriguing. The challenge is gigantic, but so, it seems, is Ronaldo’s appetite for that challenge.

Already, Ronaldo has brought huge attention to the club. Even Pele has been talking about it, tweeting: “Congratulations and good luck on this new journey, my friend.”

The man known as ‘o Fenomeno’ has also given Cruzeiro fans reasons to be cheerful after a period of pain.

But what he will deliver for them in the long term, we will have to wait to discover.