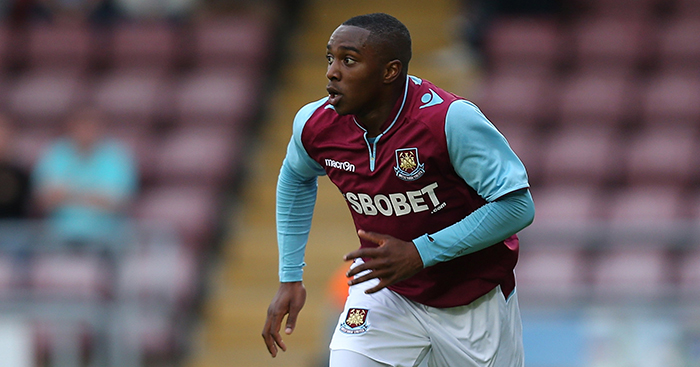 Matthias Fanimo played alongside Raheem Sterling for England, went on to appear for West Ham‘s first team and was once described as the fastest man in football, but while Sterling now represents Manchester City in Europe, Fanimo is on a rather different continental adventure.

As a teenager, Fanimo was tipped for big things. Progressing through the West Ham Academy, he represented England at Under-16, Under-17 and Under-18 level, signed his first professional contract with the Irons in 2011 and then made his senior debut the following year.

The then-18-year-old made substitute appearances in the club’s two League Cup games that season and was even on the bench for a Premier League game in December.

However, he never made it on to the biggest stage and would in fact only ever play once more for West Ham, in an infamous 5-0 FA Cup defeat to Nottingham Forest in 2014.

That same year, Fanimo was clocked by GPS during an academy game hitting the top speed recorded by any player in the world, joint with Antonio Valencia but quicker than the likes of Gareth Bale, Cristiano Ronaldo and Theo Walcott.

He had been handed a new contract in 2013, such was his promise, but he suffered with injuries to such an extent that after being released by the Irons in 2015 he was forced to drop into non-league. 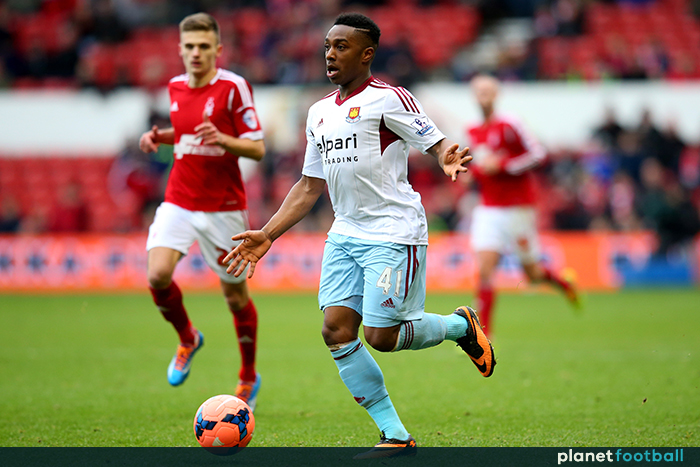 “I had quite a lot of long-term injuries which have kept me out for substantial periods,” he says. “I’ve torn my hamstrings, I’ve injured my meniscus, I’ve ruptured my ankle ligaments and had to have an operation, and not last year, the year before, I ruptured my Achilles tendon.

“It was very tough, especially as they were substantial injuries. They weren’t little niggles I could get over in a couple of weeks, I was out for quite a long time, maybe 12 to 14 weeks and 16 to 20 on certain injuries.

“It was hard when I knew I was getting quite close to the first team and injuries were holding me back, and there were times I’d get back from an injury and then get injured again, so that was very draining and difficult for me.”

Search for a club

Fanimo did have one loan spell away from Upton Park in 2014, but he played only once as a late substitute for Tranmere. By the time he left West Ham in February 2015, he had very little professional experience to show for his time in east London and struggled to find a club.

“When you work, you obviously work for something. I got to the point where I was training with the first team and then I featured in the League Cup, but then after that it kind of went cold.

“I didn’t really know what was going on, what was happening, what they were expecting of me while I was out in the cold. My injuries played a big part in that. 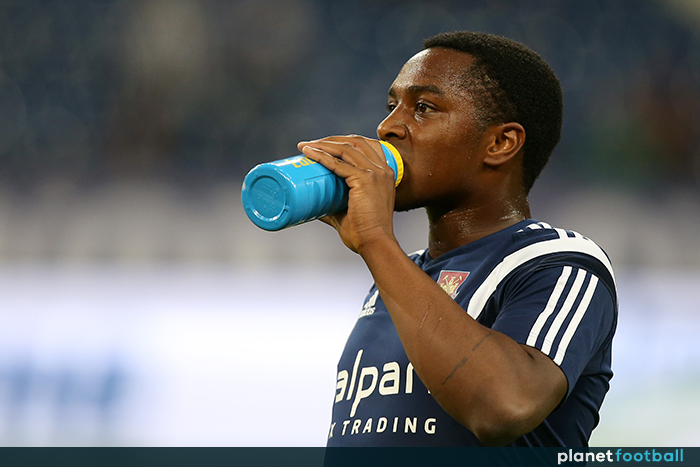 “I left because I was told they would not be renewing my contract (at the end of the season) so I thought it would be best for me to leave then and have a look for clubs.

“But I didn’t have an agent at the time, no one speaking on my behalf. It was very difficult for me, especially coming off an injury lay-off where I hadn’t really been on loan and played any games.

“Obviously on my CV it didn’t really look appealing so then to get league clubs to have a look at me was quite hard.”

As Fanimo struggled to get anywhere with Football League clubs, a friendly face gave him the opportunity to get back on track at Bishop Stortford.

“I ended up in non-league as my old manager from West Ham, Nick Haycock, was working at Bishop Stortford. I was having a tough time and I spoke to him, he told me to come down, play games and see where I went from there.

“It’s definitely a big difference and a hard transition. You go from training every morning, almost every day, to maybe one or two evenings a week, so it is very different.

“The environment is different, you’ve got players who are playing football and working whereas you’ve come in from playing full-time football, every day and that’s your only income, so it is very different.”

Spells at Eastleigh and Margate followed, but it was not until he joined Hornchurch that Fanimo finally got to feel like a sportsman again after so many disappointments.

BREAKING – we can confirm that today we have signed Matthias Fanimo. Previously of @whufc_official pic.twitter.com/IO2cLQCoEv

“I was at Margate two seasons ago and in pre-season I ruptured my Achilles and was out for six months so that season was kind of over for me.

“Then one of my friends who I played with at West Ham was at Hornchurch and he said I should come over and play some games. It was probably the first season where I had played 25 games back-to-back in maybe five or six years.

“Considering the amount of injuries I’d had that really got me going again and it got my confidence up.”

Then, last summer, the opportunity to join Drava Ptuj in Slovenia arose through an acquaintance knowing the club owner.

Fanimo eventually made the move to the Slovenian Second League in January and has been working with the squad during their winter break, though he admits not doing much research about where he was heading.

“I definitely went in a bit blind, but at the time I thought that it’s full-time football. It might not be the first league, but it’s definitely getting back to familiar surroundings, training every day, playing games so I thought I’d give it a try.

“I had nothing to lose at the time and thought I needed a fresh set of eyes on me and a fresh, new environment just to get going again. When I came out here I was quite surprised by the facilities and how the club was run and how the club worked.”

It is a long way from his days in a dominant Hammers youth team, but Fanimo might finally have found a professional club that can kickstart his career.

He has adapted well to his new surrounding and team, who are nine points off the league leaders, scoring a hat-trick in his second appearance for the club.

“You have to be able to hold your own, which I’ve always been able to do, but it’s a bit different as not everything is a foul out here. Sometimes you have to get on with it so it’s taken a bit of getting used to.

“They have a different pre-season to London, so they have a break over the Christmas period. When I first came here I basically had to do another pre-season.

“That helped as I’d come off the back of playing two games a week in non-league which isn’t the same intensity and then doing another pre-season which has really got me a lot sharper.

“In the first game we were unlucky to draw and then the second game I was really happy to get off the mark really quickly.”

After his hat-trick Fanimo has some high expectations to live up to, but he’s ready for the challenge, and finally, so is his body.

Gavin Holligan: From playing in the PL for WHU to playing with Stevie Wonder