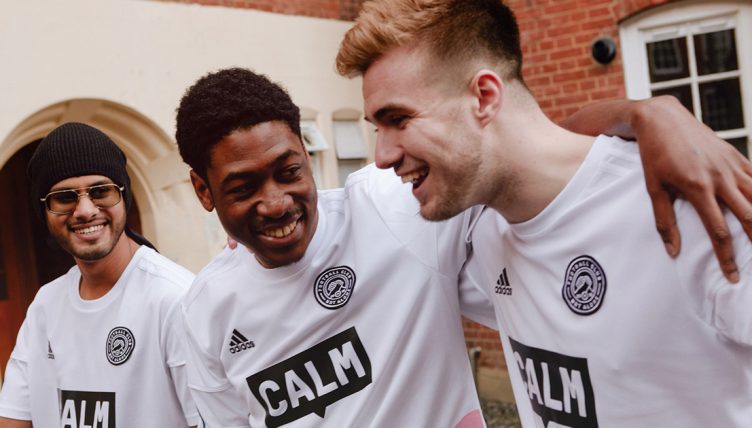 Unable to get our fix of grassroots football for so much of the past year, there have no doubt been moments for us all when we’ve let our inner fantasies run wild.

Whether it be volleying a scrunched up piece of work into the bin with the panache of Tony Yeboah or dribbling a stray stone down the street with the poise of Zinedine Zidane – as football fans, the dream never dies.

For Ian McKenzie, co-founder of FC Not Alone, one of the world’s first mental health football clubs, his lockdown motivation came courtesy of the Amazon Prime documentary ‘Sonsational: The Making of Son Heung-min’.

Tottenham fan McKenzie may now be 28, but the documentary allowed him to embrace that most seductive of thoughts: “I got it in my head that it wasn’t too late to be a professional!”

With that, he bought himself some cones and a ball and headed to his local park.

“I can’t even do keepy-uppies, so I’m already at a big disadvantage,” he says. “But I really understood from that documentary why my career has not been as good as possible: I never got coached the basics. Practising keepy-uppies in the park when you can’t really do them is quite an intimidating atmosphere!”

Ahead of FC Not Alone’s first competitive fixture since before Christmas as grassroots football nears its return, McKenzie jokingly adds: “I have been doing my Joe Wicks though, so I think I’m going back with a better level of fitness than before. They better be worried out there!”

McKenzie started FC Not Alone in 2018 alongside his cousin, Matthew Legg. After leaving university, McKenzie had started to become more aware of his mental health, reflecting on issues “that had always been there but I didn’t really have labels for”.

As McKenzie was understanding more about his own anxiety, Legg deferred his university studies due to depression. A phone call between the two cousins helped Legg open up about his struggles and ultimately set in motion the journey that led to the formation of FC Not Alone, but McKenzie is eager to stress an important point around the discussion of mental health when recounting the story.

FC Not Alone are part of the adidas Football Collective, launched in October 2020 to support local community initiatives, bringing together individuals, organisations, and club partners around the world that share the brand’s belief that football has the power to change lives.

Though the aFC, adidas aim to break down barriers and create opportunities, opening up the game for everyone, everywhere.

That is very much the blueprint of FC Not Alone, which is based in north-west London. Not only does it allow people to play in a supportive and inclusive environment in which they are made to feel like they can speak honestly and openly about any personal problems, but McKenzie is proactive in noticing when players may have issues or not seem like themselves, taking the burden of responsibility away from the individual who may be struggling.

Their ethos is underlined by their slick white adidas kit, adorned with the logo of mental health charity CALM (Campaign Against Living Miserably). 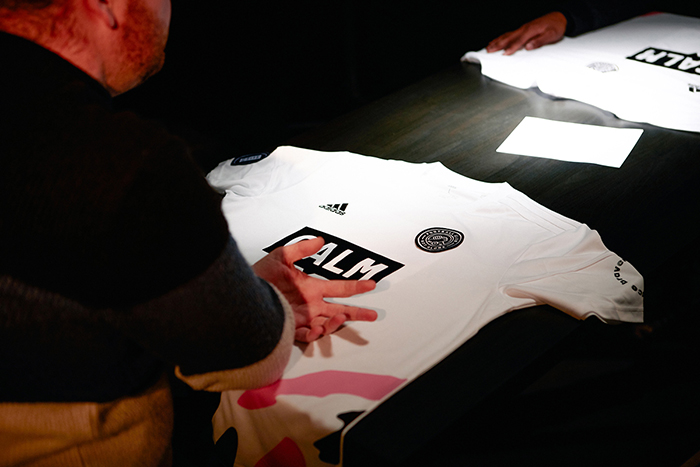 “All I can do as a founder of a club that tries to promote positive men’s mental health is conduct those values for myself and anybody that wants to help with FC Not Alone,” McKenzie says. “The ambassadorship you take on applies within your social circle too.

“We’re not solely focused on being an 11-a-side football team. We’re not solely advertised as ‘You need to suffer with your mental health to play for our team.’ We’re a bit more of a wholesome platform, doing things outside of just being a team and playing in a league.

“For players, I have an open-door policy. I make it clear that I’m happy for them to WhatsApp me if they’re struggling, but I’m always quite conscious to notice behaviours and reach out.

“We’re proud to wear a suicide prevention charity on our shirt. We’re proud of our identity. We’re proud of playing in a typically alpha-male, competitive 11-a-side league as FC Not Alone. I believe I’ve had more conversations with my players around mental health than I would have had we not been playing for this team.”

Focus for the future

It is now almost four months since FC Not Alone last played, winning 4-1 before going their separate ways into the uncertainty of another lockdown. The enforced break has allowed McKenzie to reflect on the work he has been able to do with the club to date – from hosting a 36-team, one-day Mental Health World Cup to meeting the Prince of Wales and Gareth Southgate through their involvement with the FA’s Head’s Up Campaign – and how he wants things to progress and evolve in the future.

The lockdown has exacerbated mental health issues for many. Every week, 125 people take their own lives in the UK, 75% of which are males. In June 2020, a report by Mind found that 60% of adults and 68% of young people said their mental health has got worse during lockdown.

While the upcoming return of grassroots football is getting the juices flowing – “I get butterflies thinking about it!” – McKenzie has grander plans than simply getting back out on the pitch himself with FC Not Alone and adidas working together to deliver football-for-all sessions and offer mental health coaching and coping tools to everyone who needs them.

“The 11-a-side is almost a bit of an afterthought for me,” McKenzie says. “The important thing for me post-lockdown is running our football-for-all sessions. All sorts of people will like to get involved – people that wouldn’t have access to a football session or can’t organise one, or people whose fitness has fallen off the wagon, people that just need some sort of a release in a team environment. 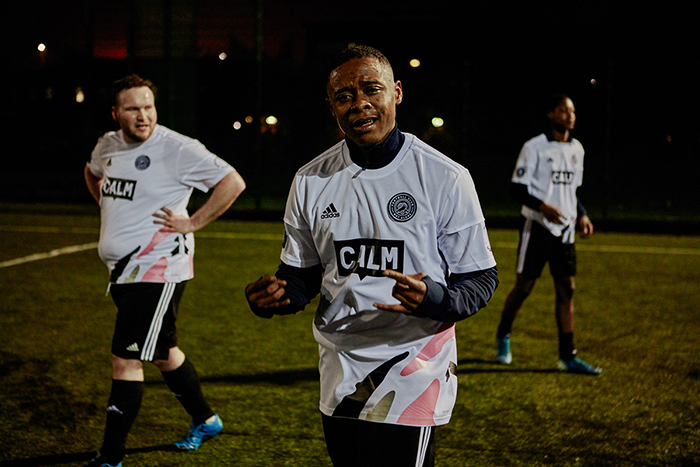 “The focus on grassroots football going forward is to try to slowly accumulate another session in another location in London. Hopefully by the end of the year, COVID permitting, we’ll have a good geographical spread and be able to reach people of all different socio-economic backgrounds all over London.

“People might not think, ‘I’m going there to work on my mental health,’ but I think that’s a by-product of being in a football environment where you feel welcome and the coaches are nice people. They’re empathetic, they care about you, and you know your peers are all there for a common cause.

“Naturally, a by-product is hopefully that people will feel better about themselves and make friendships because of it. That’s truly the focus of FC Not Alone with the return of grassroots football.”

Grassroots football is back as of March 29 and we’re celebrating its return with adidas and the adidas Football Collective, a movement united in the belief that football has the power to change lives for the better.

Through their partnership, FC Not Alone and adidas will work together to provide FA-qualified coaching for players of all abilities, building relationships, fitness and enjoyment of the game which hopefully in turn has a positive impact on the participants’ mental health. 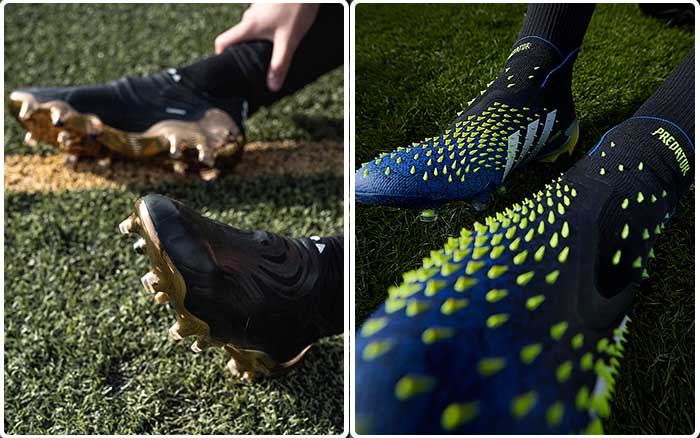 ‘When I’m playing football, everything else stops’ – Grassroots is back