Febian Brandy: If it wasn’t for Ole I wouldn’t have recognised my ability 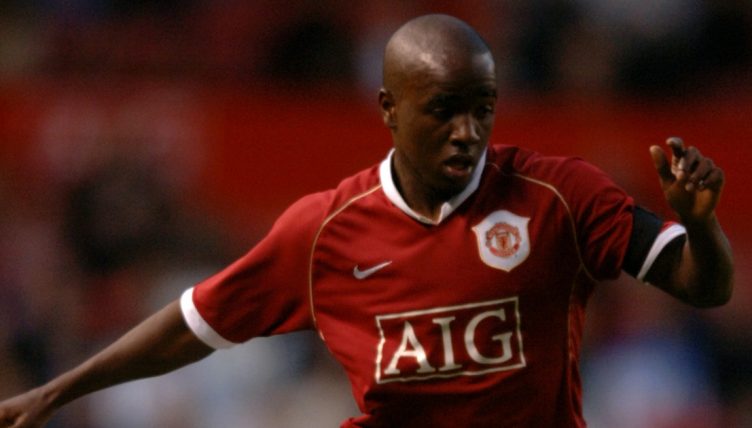 From being a star in the Manchester United youth team to not getting paid in Greece, Febian Brandy has experienced the best and worst of football. And now he is using those experiences to help today’s young players with his app, Skouted.

As a youngster Brandy courted interest from Barcelona, scored the winner in the Champions Youth Cup final against Juventus and was one of Ole Gunnar Solskjaer’s first charges as United reserve team manager.

But since leaving Old Trafford in 2010 the striker has never spent more than a single season at a club, representing a further nine in total.

He is living proof of football’s short-termism and admits it has taken its toll mentally at times, but Brandy will always have fond memories of his early career progressing through the ranks at his local club, who just so happened to be one of the biggest in the world.

“I don’t have any regrets about how my career panned out at Man United,” Brandy tells Planet Football.

“When the Barcelona interest came in, I was 13 or 14. It was a time when United and Barcelona were on the same level and I was a Manc lad doing well at the club, one of the biggest in the world.

“I was travelling all over for tournaments and winning awards, my development was going in the right direction, so it wouldn’t have made sense to go abroad when I was already thriving in my current environment.”

I remember this picture like it was yesterday. Here I am with with the Boss, One of my long term friends and the man to the far right is the person who got me into the football industry. I am forever grateful. #SirAlex #football #ManchesterUnited #Youth #ThrowbackThursday pic.twitter.com/yXXrmUu94p

There is no doubting that Manchester United offer one of the finest footballing educations available and it allowed Brandy to gain insight from Solskjaer in his early coaching days, when he already showed he had the qualities to make it as a manager.

“He was able to see attributes in players they didn’t realise they had,” Brandy says.

“I used to take a lot of touches in the penalty area to get that clear shot, but Ole took me aside and said, ‘Sometimes you just need to control it and shoot.’

“I developed that in my game and I could see the ball was going through defenders’ legs and catching ‘keepers off guard. If it wasn’t for Ole I wouldn’t have recognised that ability.”

Brandy had a number of loan spells during his time on the books at Old Trafford, including a promotion campaign with Swansea City, as he got to experience what life was like away from the Premier League club.

That proved useful when, in 2010, despite impressing out on loan, Brandy was released after 13 years at Manchester United. And it didn’t come as any great surprise.

“When you get older you start to wonder whether you’re going to get into the first team, and by the time I was 19 I realised my chances were getting quite limited.

“I was injured quite a lot, which didn’t help my development but when I realised I wasn’t going to get the contract I wanted I was obviously upset – it’s Man United, I am a Manchester lad.

“But it’s opening a door to a new chapter.”

Sadly for Brandy, he suffered a broken metatarsal in his final game for United, scuppering a move to Sheffield United and prolonging his wait for a new club. After trials at Leicester and Preston, he eventually joined Notts County in February 2011, eight months after leaving United. 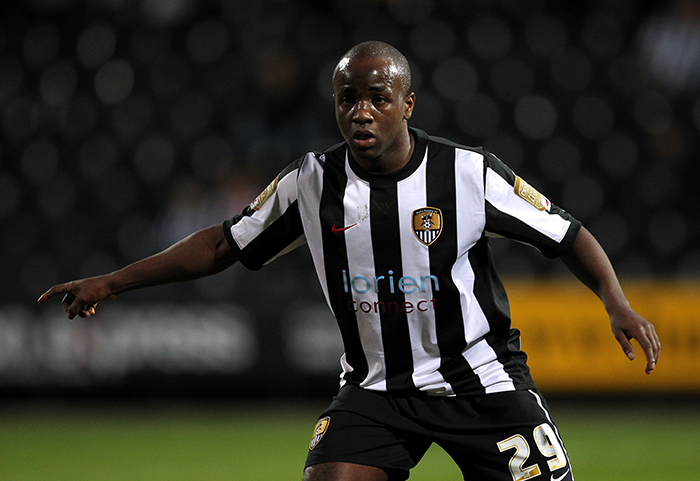 It would be a short spell, resulting in nine league games and no goals for the League One club, and a move to Greek Superleague side Panetolikos in the summer failed to work out either as the club – and country as a whole – suffered from financial issues, meaning he was not paid.

“I saw the Greece opportunity as a new adventure,” Brandy says. “I was quite excited to go out there and play, to see a different footballing culture.

“Unfortunately, it was a time when the country was in a bad way, which was affecting clubs, so my stint out there didn’t last too long.

“The club had a few problems, which I was unaware of prior to signing. I went there to play football, to relax and enjoy myself, but because the club was having quite a few problems, they weren’t focusing on the playing side of things, so the best thing for both parties was for me to leave.

“There’s a lot of ups and downs in football and to be a footballer, you’ve got to be mentally ready.”

Brandy returned to England in 2012 to join Walsall – after a delay caused by him not receiving international clearance when Panetolikos’ failed to file the requisite paperwork.

It was arguably the best season of his career as he scored seven goals in 34 league games, and this time Brandy himself took the decision to move on after just one season to join David Weir’s Sheffield United. 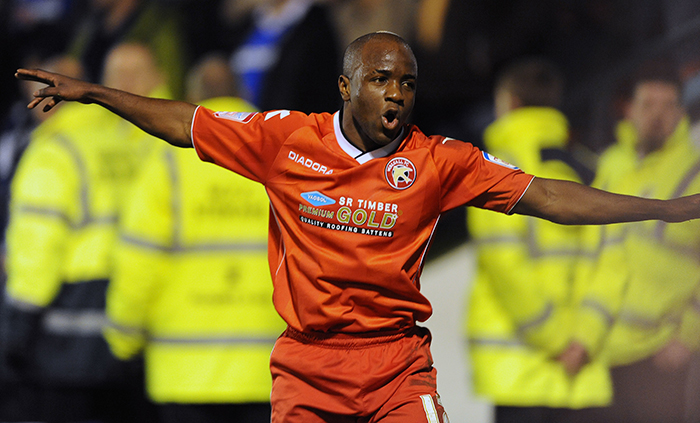 The former England youth international enjoyed a positive start at Bramall Lane, earning a Man of the Match award on his debut, but when Weir was replaced by Nigel Clough, Brandy was soon loaned back to Walsall and then released at the end of the season, halfway into his two-year deal.

Spells at Rotherham, Crewe and Rochdale followed, meaning he represented five clubs in two years. Unsurprisingly, he struggled to produce his best form.

“You want to be settled and relax, not having to worry about things off the field, so sometimes when you sign short-term contracts it can affect you because you’re thinking if you get injured then the contract is up very soon.

“You’re trying to balance out your thoughts on and off the field, and sometimes they clash, but if you have a year-long contract, you’re likely to relax on the pitch and get better performances.”

In 2016 the opportunity to head abroad again arose as Brandy threw himself back into the unknown, joining ambitious Thai third-tier side Ubon UMT United, who were at the time managed by Englishman Scott Cooper, now head coach of the Philippines.

“The manager knew me from my Man United days so he got in touch with my agent to see if I fancied going to Thailand, and I liked the way he sold it to me,” Brandy says.

“It was a newly-founded team and they were looking to get back-to-back promotions – and we ended up doing it. We went from division two to the Thai Premier League, which was enjoyable.

“When I went over there, I wasn’t expecting the level to be as good as what it was. The level is probably top of League One, lower Championship level, which is obviously a very good standard.

“I remember in my first game, I was quite relaxed, then one of the Thai defenders absolutely smashed me and I knew from that tackle that they mean business out there, so I had to up my performance.”

A change of focus

In more recent times Brandy has played in non-league for Ebbsfleet and eighth-tier Droylsden in his native Manchester, but he is currently without a club having turned down approaches from Australia and Mexico to focus on the business venture, Skouted.

“I went to Droylsden to play some games and get some match fitness, score some goals and sign for somebody in January, but I’ve been too busy with Skouted,” Brandy says.

“I’ve had offers from down south and abroad, but it’s been too difficult to juggle the two careers as business start-ups take a lot of work. But once that cools down I will start to reassess my options.”

The aim of Skouted is to be the ‘LinkedIn for football’, allowing clubs requiring players to contact those using the app, from the top of the game right down to your local five-a-side team.

Skouted was built with players in mind. Our aim is to bridge the gap between aspiring players and clubs, levelling the playing field for the industry. Post your higlights and let your talent define you.

Sign up now and keep your eyes peeled. https://t.co/YM2ZhWSVKk pic.twitter.com/CzYbc6pe0s

On a professional level, it aims to ensure talented players do not slip through the net and are aware of the options available to them when looking for a new club.

Brandy has been heavily involved in the design of the app, which has received worldwide interest since its inception, and he says seeing former team-mates drop out of the game after being released helped inspire the app.

“While I was at Man United I saw players that were not United quality but could get into a Burnley or a Blackburn,” he says, “but they didn’t have the connections to go down that route and ended up falling out of love with football.

“But with Skouted you’d be able to bring that player up, see their details and invite them in. We aim to bridge that gap between clubs and players to avoid any falling through the net, missing out on those hidden gems.”

Brandy himself has verged on falling out of love with the game at times but now hopes Skouted will be the tool to stop that happening to others.

This interview was originally published in March 2019.