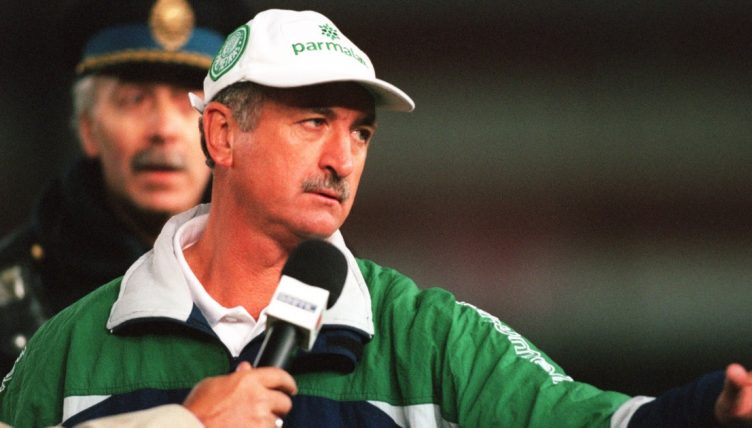 When Palmeiras goalkeeper Marcos saved the penalty that won his side the 1999 Copa Libertadores final, the entire coaching and playing staff ran from the halfway line to embrace their hero. The entire staff apart from one man: the boss, Luiz Felipe Scolari.

Instead of running to meet Marcos, Felipao celebrated one of the crowning moments of his hugely successful coaching career by turning in the other direction and hugging a group of ball boys – or ball men, if we are to be accurate. In Brazil, ball boys are generally adult volunteers, sometimes quite large ones.

From afar an adult ball man might seem an odd choice of celebratory companion. But there is something you need to know about Big Phil: he really, really values his ball men; his big, brick shithouse ball men.

Why? Because when he needs them, they are always there at his beck and call. And just like him, they’ll do anything to win.

Before he moved to Palmeiras, Scolari spent three glorious years at Gremio, the club he supported as a boy. Come to think of it, we’re having trouble imagining him as a boy. In fact, it’s difficult to imagine that he was ever younger than 50. Do you reckon he was born with a moustache?

Anyway, in 1995, Scolari’s Gremio team was at the peak of its powers. In late June, they played Corinthians in the two-legged Copa do Brasil final.

Corinthians won their home leg 2-1 but, going back home to the Estadio Olimpico in Porto Alegre, holders Gremio had every chance of turning things around. They were a good, powerful side and proved their prowess by going on to win the Copa Libertadores that August.

Ze Elias, then a young Corinthians midfielder, told us about the game in 2017. “Gremio were the strong favourites, for the tradition they had in the competition,” he remembered.

Still, the Gremio fans and Big Phil left nothing to chance. First, the fans’ turn. Employing a trick that sits proudly atop the first page of the South American manual of nefarious footballing schemes, they set off fireworks outside the Corinthians hotel all through the early hours the night before the game.

Once the fans’ work was done, it was time for Big Phil to shine. “Felipao, he didn’t put ball boys in,” Ze Elias said. “The Gremio ball boys were security guards. We went were going to warm up and they wouldn’t let us. ‘No, you’re not going on the pitch,’ [they said] and they were all strong guys.

“Half an hour before the game, to get warmed up, we had to get into a brawl with the security that Felipao had put in the tunnel. So our heavyweights came in; Bernardo, Vitor, Ronaldo, Ricardo Pinto, Celio Silva and there was another who was a good fighter. They fought the security guards so that we could get onto the pitch.”

If it was meant to put Corinthians off their game, Ze Elias says it had the opposite effect: “We went on wound up. And Gremio’s playing style was physical. That ended up working well with our characteristics as well.

“We managed to equal them in the physical battle and we had three technical players, Marcelinho Carioca, Souza and Marques, who ended up deciding the game.”

Corinthians won 1-0 and lifted the cup. The brick shithouse ball men’s antics had failed. But Big Phil was not put off… 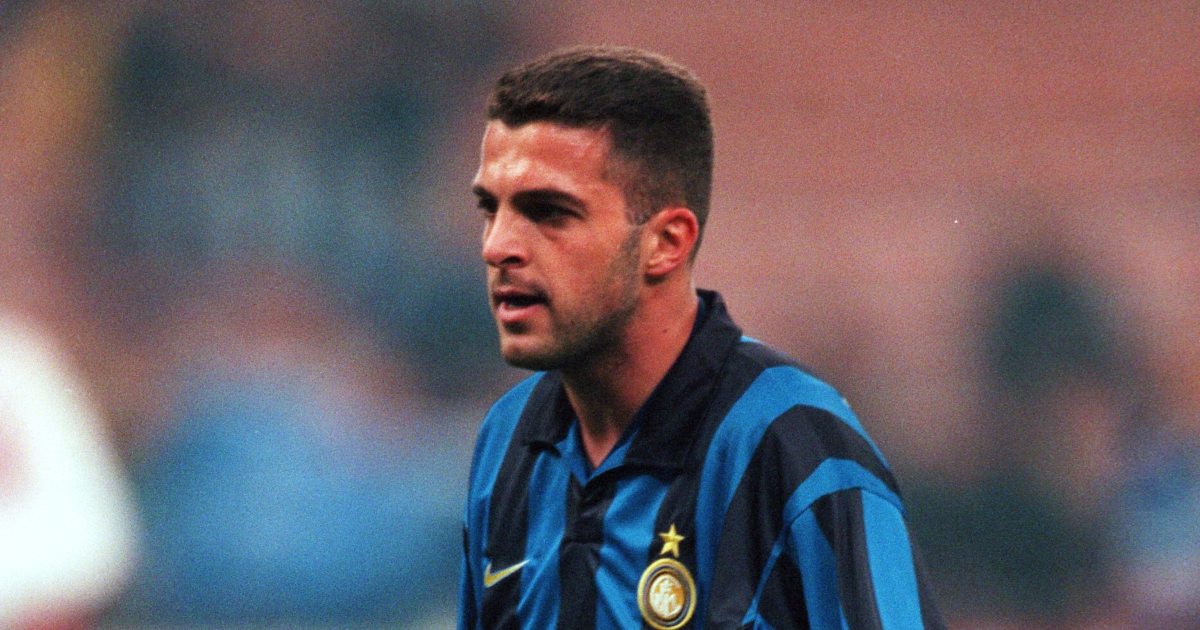 In 2018, Big Phil returned to Palmeiras as manager. Twenty-three years had passed since that Copa do Brasil final with Gremio and he’d won it all – those two Libertadores titles, the World Cup with Brazil. But if you think his appetite for ball boy antics might have diminished, think again.

With an expensively assembled team underperforming, Felipao had been brought in mid-season to turn things around. He was managing it too. By late August, they were in the thick of a 23-game unbeaten run that saw them take the title. In the Copa Libertadores, they had progressed to the round of 16.

Palmeiras, not having won the Libertadores since the triumph under Big Phil in ’99, were desperate for the trophy. And in their first leg against Cerro Porteno, things had gone well, beating the Paraguayans 2-0 in Asuncion.

Yet in the Libertadores, nothing is ever safe. It is the most unpredictable of tournaments. When, in the second leg back in Sao Paulo, Brazilian football’s scumbag-in-chief Felipe Melo was sent off for a very, very on-brand challenge, Big Phil flicked the switch marked ‘Copa-Libertadores-get-a-result-at-all-costs mode’.

Felipe Melo got sent off for this after 4 minutes. pic.twitter.com/To0blZPNcs

His goalkeeper Weverton is quite possibly the most proficient timewaster in football today, which helped. But the star turn was reserved for the ball men.

For the rest of the first half, they were measured in their approach. The balls took a long time to come back whenever they went out. There were confusions about who should be going to get which stray ball. At this point, nothing out of the ordinary for the Libertadores.

Then, in the 57th minute, Cerro Porteno left-back Santiago Arzamendia advanced up the left, whacked the ball in the direction of the mixer and his attempted cross flew straight into the net. Palmeiras would have to fight.

The ball men knew it was their time to shine and timewasting reached new, unrivalled heights. For every throw, corner and goal-kick, the ball took an age to be found and returned. When Cerro Porteno attacked, an extra ball appeared on the pitch from nowhere.

Then minutes before the end, the ball went off for one last throw-in, and there was not an orange-tracksuited ball man in sight. Where had they gone? The players and officials looked around confused. Eventually, the linesman found Big Phil’s favourite fellas squatting like naughty schoolboys behind the advertising hoardings.

The referee was furious, and in his rage, he sent three ball men off, escorting them out through an emergency exit. On their way, they decided to pick a fight with a Cerro Porteno club photographer, delaying proceedings a little more.

The players on the pitch went wild and in injury time one from each team was shown red. The game was over, three ball men and three players sent off, six yellow cards to boot. But Palmeiras had held on, the 0-1 loss sending them through. The brick shithouse ball men had done their work.

Later that year, the ball man Big Phil had hugged after the 1999 Libertadores win, who still plies his ball-getting trade at the Palmeiras stadium, was interviewed by ESPN Brasil. Asked about Big Phil’s requests, he very innocently replied: “[Felipao] never said anything about [interrupting the game]. He only told us to pay attention.”

Having witnessed Felipao’s ball men first hand, all we can say to that is LOL.